(RNS) — Kat Armstrong didn’t know much about the Bible when she first became a Christian as a teenager.

Knowing she was eager to learn, a pastor at First Baptist Church in Houston suggested she check out a Sunday school class for adults taught by one of their members, a woman named Beth Moore.

Moore, not only Armstrong’s hometown Sunday school teacher but also a best-selling author and celebrity Bible teacher, eventually encouraged Armstrong to go to seminary and make studying the Bible her life’s work. Armstrong took that advice, later graduating from Dallas Theological Seminary and becoming a Bible teacher and writer like her mentor and friend.

Armstrong is one of a number of women preachers and teachers whose call to ministry was inspired in part by Moore’s example. Some have been able to stay in evangelical churches — where women are often not allowed the role of pastor — by avoiding being labeled the title “pastor” and going by “Bible teacher” instead. Others have had to leave their home churches when the limits placed on women leaders became too much to bear.

RELATED: Bible teacher Beth Moore: “I am no longer a Southern Baptist”

Data from the Association of Religion Data Archives shows many congregations say they allow women to preach, including most Black Protestant (90.3%) and white liberal or moderate churches (95.1%) and just over half (56.9%) of conservative, evangelical and fundamentalist congregations. Only about one in five (18.4) of Catholic congregations allows women to preach.

But allowing women to preach and actually putting a woman in charge are different things. The gap between belief and practice is considerable — there are still very few congregations with a female lead pastor.

According to the 2019 National Congregations study, 13.5% of congregations in the United States are led by a woman pastor or other clergy. About 30% of white liberal or moderate churches have a woman leader, as do about 16.2% of Black Protestant churches. By comparison, only 2.4% of conservative, evangelical or fundamentalist congregations are led by women.

“If we’re constantly giving women different titles, then that’s communicating we don’t trust the women the same way we trust the men with the same work,” she said.

Baptist Women in Ministry was started by women leaders in the 1980s, when the role of women as pastors was still up for debate. At the time, a growing number of Southern Baptist women were taking leadership roles in churches, a trend that ended once the Southern Baptist Convention added a ban to the denomination’s statement of faith in 2000 on women serving as senior pastors.

The bans on women preaching or serving as senior pastor in many denominations, like the SBC, are drawn from New Testament verses like 1 Timothy 2:12, where the Apostle Paul writes, “I do not permit a woman to teach or to assume authority over a man; she must be quiet.” 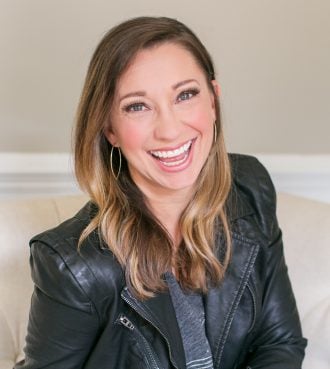 Some denominations that allow women as pastors often draw on other verses, which claim there should be no discrimination in the church, like Galatians 3:28, which reads, “There is neither Jew nor Gentile, neither slave nor free, nor is there male and female, for you are all one in Christ Jesus.”

Proponents of women pastors also point out that in the New Testament, the first people to spread the news about the resurrection of Jesus were women.

Sharon Hodde Miller, a teaching pastor at Bright City Church in Durham, North Carolina, said she first felt a call to ministry after seeing Moore speak at the Passion Conference, which draws thousands of young adults. It was the first time she’d seen a woman teach the Bible “with power and authority.”

Miller said women teachers and preachers, even if they are not allowed to be pastors, have long wielded enormous influence by writing books and speaking at conferences. That has only increased in the age of social media.

RELATED: Most Southern Baptists would welcome a female pastor

Still, Miller said, women in ministry have to walk a fine line. They have influence as long as they don’t address any controversial topics. For a long time, Miller said she was “more beholden to this nice Christian woman image than I was to Jesus.” But, like Moore, if they address issues like sexism or race or politics, they can get into trouble.

During the Trump years, Moore found herself increasingly crossing that line. Moore, whose Bible study materials were staples in Southern Baptist churches and whose “Living Proof Live” events filled stadiums, was flabbergasted at the way Southern Baptist leaders supported Donald Trump after the Access Hollywood tapes released in 2016 revealed the then-presidential candidate boasting about assaulting women.

After criticizing Trump and calling out sexism in the SBC on social media, Moore became a flashpoint. Things got even worse in 2019, after Moore joked on Twitter about speaking at a Mother’s Day church service. And then, a year of racial reckoning nationwide and within the SBC was a final straw — in early March, Moore told Religion News Service she was leaving the SBC and cutting ties with LifeWay Christian Resources, the denomination’s publishing arm.

The Rev. Courtney Pace, Prathia Hall scholar-in-residence with Equity for Women in the Church and a board member of the Nevertheless She Preached conference, has written about what she called “the inevitable evolution of Beth Moore.” Pace said Moore has long been more than a Bible teacher, even if she was not willing to admit it. She’s really been a preacher, even if she stood behind a “Bible stand” rather than a pulpit. 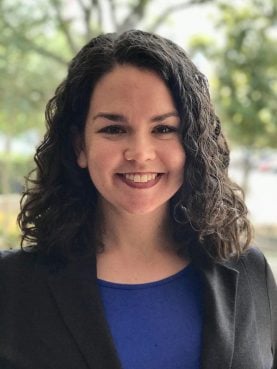 Pace, who grew up Southern Baptist and used to watch Moore’s videos while working out, said when she went to seminary, a number of her female classmates wanted to be “the next Beth Moore.” Even after leaving the SBC, she kept an eye on Moore and eventually began, as an academic, to study her.

She’d long been expecting Moore to leave the SBC. Pace said that over the years, she could see Moore chaffing against the restrictions men in the church placed on her, especially the kind of deference she was expected to show to men, as if she needed their permission to be in ministry.

Pace said that growing up Southern Baptist, she felt the same restrictions — saying she felt as if she had to be “as small and quiet as possible” even when she thought God wanted her to raise her voice.

In order for women pastors to follow their calling, their “give a damn” has to break, said Pace.

“If you live your life doing what everybody says you should or what you’re supposed to, you’re never going to get to be yourself,” she said.

The Rev. K.D. Joyce, who grew up a homeschooled Southern Baptist in rural North Carolina, said she can’t remember a time when she did not know who Beth Moore was.

Her childhood church had strict rules about gender roles and avoided any hint of women having authority over men. Women could not speak from the pulpit, she said, not even to give announcements and definitely not to teach the Bible to men or even teenage boys.

But Moore, who Joyce still calls “Miss Beth,” was different. No one saw her as controversial, despite the fact that she was teaching the Bible, a task usually delegated to men.

When her mom went to women’s Bible study, Joyce said she would listen in as they watched Moore videos. She recalls memorizing the beginning of the Gospel of John while doing one of “Miss Beth’s” Bible studies and watching another series on the fruit of the Spirit. Author and speaker Beth Moore participates in a panel discussion on sexual abuse in the Southern Baptist Convention at the Birmingham-Jefferson Convention Complex in Birmingham, Alabama, on June 10, 2019. RNS photo by Adelle M. Banks

Joyce, who once dreamed of becoming a lawyer for Alliance Defending Freedom, a Christian legal group, said she left her Southern Baptist church after coming out as gay. Now 27, she’s an Episcopal priest in Arizona.

“She helped me hold on to this idea that Jesus is someone real, whom I might actually personally love and who I might experience myself as being deeply loved by, no matter what,” said Joyce.

Joyce said she took part in a Beth Moore Bible study last summer at the Presbyterian church where her wife is a pastor. She still misses her Southern Baptist roots and how her home church taught her a love for the Bible.

Sometimes people think finding a new church is like changing your shoes, said Joyce. But for her, she said, leaving her home church had felt like a divorce, where she had to “cut ties with almost every relationship I had ever made.”

She suspects Moore had a similar experience.

“I’m sad for her like I’m sad for past me, because this place that gave us so much became a place where we could not stay,” she said.

The Rev. JoAnn Hummel, lead teaching pastor at Bent Tree Bible Fellowship in Carrollton, Texas, considers herself a bit of an outlier. She has always held the title of pastor, even since she first joined the staff of Bent Tree in the 1990s, fresh out of seminary.

She said the church’s pastor at the time, Pete Briscoe, believed it was important for her to be called a pastor, rather than some other euphemism that downplayed her leadership role. She started off teaching women and children and then, as the church grew from a congregation of about 300 to a megachurch, oversaw adult ministries and eventually became one of the lead preachers at the church.

Hummel, a former schoolteacher who went to seminary in her 30s, said men at the church were mostly open to her preaching. Women, she said, took a little more convincing.

Now in her 60s, Hummel’s starting to look forward to retirement and the next chapter of ministry. She hopes Moore is, too.

“God’s working his plan,” she said. “And he always has included his girls. So there’s always going to be something for us to do.”