WASHINGTON (RNS) — The Planned Parenthood Federation of America is announcing a new slate of faith leaders for its clergy advocacy board who mostly hail from states controlled by Republicans or in the South, a move officials say follows a “wave of lawmakers” such as Georgia Sen. Raphael Warnock who have worked to “proudly champion reproductive rights as a matter of faith.”

“Access to comprehensive sexual and reproductive health care — including abortion — is supported by people of all faiths,” Johnson said in a statement. “The Clergy Advocacy Board is a crucial part of our mission at Planned Parenthood to promote, protect and expand access to health care for all … Planned Parenthood is proud to have religious leaders of all faiths standing with us in this fight.” 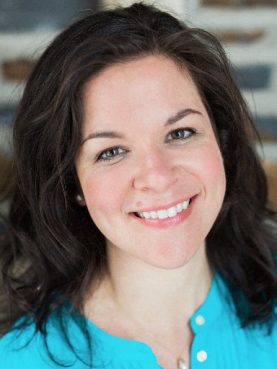 For Zeh, who heads the Religious Coalition for Reproductive Choice, serving on the board is a kind of a homecoming.

“As a clergyperson who discovered my call to ministry within a Planned Parenthood, it was a no-brainer,” she told Religion News Service in a phone interview.

Zeh explained she felt called to ministry while volunteering as an “abortion doula” at a Planned Parenthood while in seminary, where she provided support and held the hands of women at a clinic as they underwent abortions.

“There are so few of us who are people of faith who are willing to be bold and audacious about supporting reproductive freedom because of our faith,” she said.

RELATED: Rev. Warnock blasted for being a ’pro-choice pastor,’ but his position isn’t uncommon

Saulsberry, who runs abortion rights advocacy group SisterReach, agreed. She said you “can’t put a price” on the role of faith-based abortion rights activism because “much of the pushback” to abortion “comes from the church.”

“There are folks — let’s just say evangelicals — who have the privilege of leading those conversations (opposing abortion) and inform the pushback against the type of care or advocacy that Planned Parenthood and SisterReach provide,” said Saulsberry, whose group advocates for “the reproductive autonomy of women and teens of color, poor and rural women, LGBTQIA+ people and their families through the framework of Reproductive Justice.”

“As leaders of faith and as clergy, we are to stand and speak out loud — as loud as other clergy — in support of reproductive health, rights and justice.” 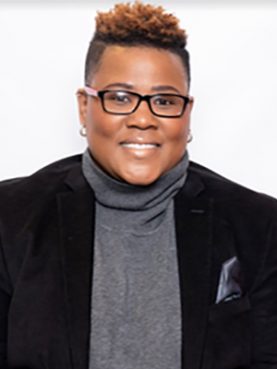 According to a 2019 Pew Research survey, a strong majority of white evangelical Protestants — 77% — say abortion should be illegal in all or most cases. Evangelical and Catholic organizations are well represented at the March for Life, an annual anti-abortion gathering during which thousands of activists descend on Washington, D.C., to decry abortion and call for legislation to restrict or ban it.

This year’s gathering was virtual and featured a keynote address from former football star and evangelical Christian Tim Tebow, who invoked his faith while recounting how his mother decided to give birth to him despite doctors advising her to have an abortion.

But Zeh, Saulsberry and others represent a less discussed reality: broad support for abortion rights within many religious communities.

For example, the same Pew poll found that majorities of several other major faith groups — 64% of Black Protestants, 60% of white mainline Protestants and 56% of Catholics — took the opposite position of white evangelicals, saying abortion should be legal in all or most cases.

What’s more, PPFA’s announcement comes months after the election of Warnock, a clergyman who preaches at Atlanta’s historic Ebenezer Baptist Church and identifies as a “pro-choice pastor.” His Republican detractors railed against his position on the issue throughout his campaign, including then-U.S. Rep. Doug Collins, who said there is “no such thing as a pro-choice pastor” before declaring “What you have is a lie from the bed of hell.”

Warnock’s Republican opponent in the race, then-Sen. Kelly Loeffler, a Catholic, also criticized him for invoking Scripture during a debate, saying, “I’m not going to be lectured by someone who uses the Bible to justify abortion.”

RELATED: At March for Life, a pivot away from Trump and toward ‘unity’

Their criticism may have been out of step with the Georgia electorate: A 2019 poll conducted by The Atlanta Journal-Constitution showed slim majorities of Protestants and Catholics in Georgia agreed with Warnock that abortion should be legal in all or most cases.

Saulsberry contends Warnock’s subsequent victory was in many ways the result of long-standing abortion rights activism — religious or otherwise.

“It’s a manifestation of what’s been happening all along,” she said. “Women, individuals and even clergy members are more adamant and bold in speaking out about the rights we are advocating for.”

Saulsberry said she wasn’t sure if PPFA’s selection of several clergy from Southern states was on purpose, but said she’s “on board” with the idea if it was. She noted many legislative efforts by conservative lawmakers to restrict abortion access are being passed in Southern states or conservative states, many of which also claim deeply religious populations.

“Georgia, Tennessee and North Carolina — our states lead in some of the most oppressive reproductive rights laws that we’ve seen in a long time,” she said.