(RNS) — The pastor of a General Baptist congregation has apologized to his church for a sermon in which he preached that “weight control” by wives could solve marital problems.

“In the sermon, I made insensitive remarks about women and made statements deemed unbiblical,” said Pastor Stewart-Allen Clark in a statement posted on the website of First General Baptist Church of Malden, Missouri.

“To the ladies within the church, ladies in the community, and those viewing our Livestream; I want to say I am deeply sorry for any and all pain or distress that my words brought on you,” said Clark, who took a leave of absence starting Feb. 28 after receiving blowback from the viral sermon.

Clark’s statement about the Feb. 21 sermon was posted last week, according to the Friendly Atheist blog, which previously featured a series of clips from the minister’s preaching.

“Why is it so many times that women after they get married let themselves go?” he asked in the sermon, standing on a stage with what appeared to be a large open Bible in his left hand. “Why do they do that?”

In his new statement, Clark noted that he has been meeting with a professional counselor during his leave of absence.

“I want to say to the church that I’m truly sorry that I embarrassed you,” he said in the statement addressed to “Dear Church & Community.”

“I recognize and understand that what I said was imprudent and discourteous. I sincerely ask for your forgiveness and to be restored as your pastor. I genuinely believe this is the best way forward.”

Clark could not be immediately reached to determine if he had returned to the church or its pulpit.

The deacons of the church had a statement posted beside Clark’s on the church website that added their own apology for what they considered to be complacency about how their church’s pulpit was used.

“We, the deacons of the First General Baptist Church of Malden, Missouri, offer this unreserved apology to our congregation, our surrounding communities, our denomination, and the followers of Jesus Christ everywhere,” they wrote. “We bear the blame for not offering our pastor counsel, correction, and restoration when errors or inappropriate content was presented.”

The deacons recommended prayer for “unity and harmony” in the congregation going forward.

“We are called to model Christ’s love through forgiveness and restoration toward our Pastor,” they wrote. “This is our goal and we encourage the congregation toward the same love and forgiveness.”

“The sermon included comments that are not consistent with the positions and values of General Baptists,” said their statement, which was posted on Facebook. “General Baptists believe that every woman was created in the image of God, and they should be valued for that reason.” 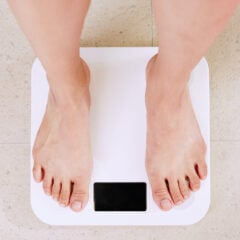