(RNS) — Last Thursday (April 15), 19-year-old Brandon Hole took two loaded semiautomatic rifles to a Federal Express facility in Indianapolis and opened fire on the unsuspecting workers. He killed eight, injured five others and traumatized so many more before killing himself.

Locals grieved, and so did America. Then the country moved on. The next day, there was another mass shooting, in Detroit. The following day there were two more — one in Louisiana, the other in Ohio. And another in Wisconsin the day after that.

But the local Indianapolis community did not move on so quickly. They were grieving their loved ones, after all.

The Sikh community in Indianapolis, estimated to be between 8,000 and 10,000 strong, mourned the death of their co-religionists, too. Four of the eight killed at FedEx identified as Sikh, as do some of the injured survivors.

Within hours of the shooting, we learned from Indianapolis Metropolitan Police Chief Randal Taylor that about 90% of the employees at the FedEx facility were Punjabi Sikhs, many of whom had turbans, beards and brown skin.

Was this just a coincidence?

In August of 2012, when a white supremacist massacred Sikhs as they worshipped in Oak Creek, Wisconsin, my mother called me to break the news. This time, a White House official was the first to reach out. I felt a familiar knot in my stomach.

Before long, we learned that the Indianapolis shooter had previously worked at the same facility that he attacked.

Was he just a disgruntled employee?

I felt a compulsive desire to dismiss the hatred in his heart as a misguided workplace grievance gone horribly wrong. It always feels better to explain it that way than to accept the possibility of prejudice. But that explanation didn’t sit right, either: Having worked with these people, the killer would have known who he was targeting.

He may even have understood what we do now — that so many of the workers there saw their workplace as a sanctuary where they could speak in their native tongue of Punjabi and talk about life in their homeland. One of those killed, Jaswinder Singh, had just started working there 10 days prior because he knew he would be with community at the FedEx facility.

What if this was a premeditated massacre, timed to coincide with a shift change to maximize casualties? 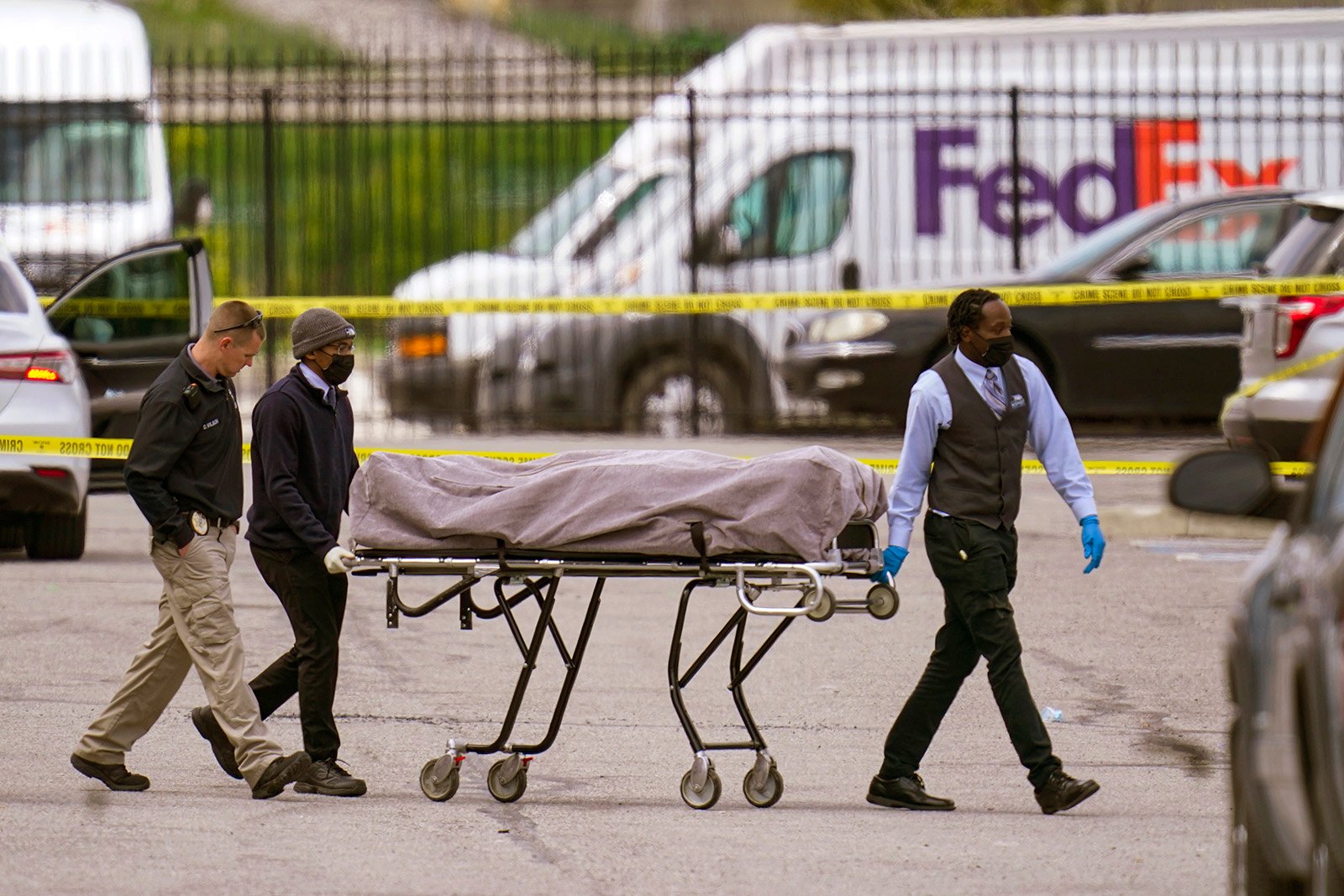 A body is taken from the scene where multiple people were shot at a FedEx Ground facility in Indianapolis, April 16, 2021. A gunman killed several people and wounded others before taking his own life in a late-night attack at a FedEx facility near the Indianapolis airport, police said. (AP Photo/Michael Conroy)

But was he motivated by bias?

On Tuesday, police reported that in March 2020 while seizing a shotgun from his home at the behest of his mother, who feared for her son’s safety and her own, they discovered that the killer had browsed white supremacist websites.

The Sikh Coalition, which has been conducting interviews with survivors, believes that some of the eyewitness accounts reinforce the need for the investigation to consider bias as a motivation for the shooting. In a letter to law local and federal enforcement this week, the coalition shared some of these harrowing details.

“Mr. Hole specifically aimed at the Sikh employees and made a concerted effort to avoid non-Sikhs at various points.”

“Additional eyewitness reports indicate that … (Hole) poked his gun through a hole in order to aim and fire at a turbaned Sikh man, Jaswinder Singh.”

“The room was filled with Sikh workers, and Mr. Hole continued to bang and scream at them to let him in to kill them all.”

But will this be classified as a hate crime?

Without an explicit signpost identifying bias as a motive, it is quite possible that officials will not classify the Indianapolis shooting — or any shooting — as a hate crime. Even in the most high-profile and clear-cut cases, the targeting of marginalized communities does not always fit within the legal parameters of what constitutes a hate crime.

Last month, a man went on a rampage in Atlanta, killing eight people, six of whom were Asian women. But after the suspect told police that the attacks were not racially motivated but driven by “sex addiction,” a law enforcement spokesman characterized the killing spree as the result of the shooter having “a bad day.” Police officers checked “no” on the incident form regarding whether the attacks were a suspected hate crime.

The murder of Khalid Jabara in 2016 by a man who terrorized Jabara and his family for years, repeatedly calling them “dirty Arabs,” “Mooslems” and “dirty Lebanese,” was deemed a hate crime in Oklahoma, but federal authorities declined to categorize it that way. In 2015, Craig Hicks murdered three of his Muslim neighbors in Chapel Hill, North Carolina. Hicks said he was arguing over a parking spot. Family members said they were targeted for being Muslim.

We have to broaden the legal definition ­of what constitutes hate. We have to train and equip law enforcement officers to understand the lived experiences of communities of color. And we have to continue pushing political leadership to understand the threat hate poses to everyone. Anything less will cause us to continue missing the point and keep us from saving lives.

If we continue to rely on outdated government standards to signal when hate has been present, we will never understand the dimensions or solutions of the problem.

RELATED: Moving from pain to action: an address to the Sikh community after Indianapolis

Here’s why: Communities of color have, for centuries, been giving voice to the racist violence we face. The Sikh community has been especially vocal about being disproportionately targeted since the wave of racist backlash that began surging after 2001’s 9/11 attack.

Living on the front lines of hate for two decades, I have learned that few people believe in or care about our experience. Only in the rare instances when we have ironclad documentation that attacks on Sikhs are racially motivated, as the Sikh Coalition is doing now, do we get the message across.

Hate doesn’t just impact the most vulnerable among us; like a raging fire, it will blaze out of control and destroy anything in its path. It can hurt any of us, at any time, just as it has time and time again. In Indianapolis, the killer may have been targeting Punjabi Sikhs, but he ended up taking four other innocent lives too.

That is why, as long as this investigation remains fluid, we must ensure that these questions regarding bias are thoroughly and transparently explored.