A guest column by Isaac Barnes May and Samuel S. Wells

One of the striking things about the Helfer case is a debate over due process and transparency of church disciplinary councils. Since Helfer currently resides in Salt Lake City, Utah, there are jurisdictional questions about why her church court was convened in Kansas. Further, the hearing took place without Helfer because she would not turn off her cell phone, as it had notes she intended to use during the proceedings. Latter-day Saint leaders seemed to fear she would use such technology to publicize the proceedings against her.

As scholars who specialize in religion and law, particularly regarding the history of church discipline and religious liberalism in the United States, we feel the Church of Jesus Christ of Latter-day Saints is not honoring the spirit of the protections its founder provided for the accused.

In 1834, Joseph Smith, prophet of the newly formed Church of Jesus Christ of Latter-day Saints, received a revelation pertaining to church disciplinary procedures. Excommunication was nothing new in 19th-century America, but Smith’s efforts to protect the procedural rights of the accused broke new ground within the hothouse of American Protestantism.

After the American Revolution, philosophies of freedom and individual rights took hold in the new nation, affecting religion as well as government. Persons placed on trial by their congregations expressed anger when they believed meetings denied them rights to call witnesses in church courts or to publicly plead their case before their accusers. For their own part, ministers increasingly sought to protect these procedural rights. 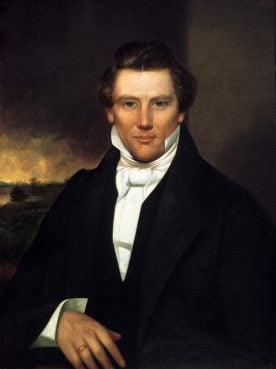 Portrait of Joseph Smith Jr., founder of the Church of Jesus Christ of Latter-day Saints, circa 1842. Image courtesy Community of Christ/Creative Commons

Smith took such calls seriously, canonizing protections in Latter-day Saint scripture known as the Doctrine and Covenants (D&C Section 102). As Smith formalized church disciplinary procedures, he organized a “High Council” to judge members who disobeyed church doctrine or conventions. The council, made up of high-ranking male church officials, was to present “evidence” on both sides of cases with both “equity and justice.” Indeed, in particularly difficult situations, members were assigned (by lot) to speak on behalf of the accused.

In all cases both the plaintiff and defendant were to enjoy the right to speak on their behalf “to prevent insult and injustice.” Though such councils were not often public in nature, early Latter-day Saint men—and women—often voted on disciplinary proceedings within their own church meetings.

LDS protections, in comparison to other religious groups, were robust. Quakers, who disowned approximately half of their membership throughout the nineteenth century, allowed aggrieved parties to appeal decisions to higher ecclesiastical authorities but not to present evidence or speak in their own defense. Over a century before Gideon v. Wainwright, where the Supreme Court determined all criminal defendants had the right to an attorney, Mormons had some notion counsel was required in ecclesiastical trials.

Yet, by the middle of the 20th century, a growing community of dissenters among Latter-day Saints discovered a disciplinary process that seemed to be rigged against them when they sought to address personal questions over issues of church history, gender and sexuality and the racist treatment of African Americans in the church.

John W. Fitzgerald, who was excommunicated in 1973 for protesting the LDS priesthood/temple ban against Black members, protested that “no transcript” of the charges leveled against him was given him in his own church court. Further, Fitzgerald and others argued the protections laid out in the D&C were not always heeded and that trials that touched on political or religious controversy were conducted in private.

Some individuals resisted what they believed to be procedural abuse more actively. In 1977, Byron Marchant was put on trial and ultimately excommunicated for his vigorous efforts to advocate for racial equality within the church. Marchant, who worked as a janitor for the church, would contest much of the process of his disownment. He claimed his stake president had been pressured by LDS general authorities in Salt Lake City to bring charges against him. He would later write that the charges of his apostasy were unclear.

Marchant tried to make his trial as public as possible. He sent out a press release inviting like-minded protesters to join him in the days before his trial in a silent march on Temple Square before General Conference. He also drew national media attention by refusing to sustain the governing authorities of the church at the gathering, casting a vote against first counselor N. Eldon Tanner because Tanner had signed a 1969 letter from the First Presidency that claimed the prohibition on Black men holding the priesthood dated back to Joseph Smith.

For Marchant, as for many others, fairness came to include a commitment to radical transparency in church court proceedings. When the trial convened, Marchant insisted on tape recording the proceedings. This caused considerable controversy, as the official presiding over the trial maintained that allowing the accused to have access to minutes or a transcript of the trial was forbidden. Eventually he was barred from using the recorder, after which he refused to actively participate in the trial. Marchant was told of the verdict against him the next day and subsequently fired from his janitorial position.

The issues of the rights of the accused in LDS church courts have not altered radically since the 1970s. Rather than tape recorders, there is now concern about recording on cell phones. Social media makes it easier for the accused to organize supporters than it was in 1977. Helfer’s case makes clear a lack of transparency, and an inconsistent application of due process continues to make some church trials appear arbitrary.

It is lamentable that two centuries after Smith wrote it into scripture, local Latter-day Saint church courts have yet to live up to the procedural “equity and justice” their revelations originally seemed to promise. 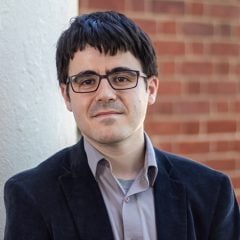 is an assistant professor of American Studies at the University of Virginia. He holds a PhD in Religious Studies from that institution, and a Master of Theological Studies degree from Harvard Divinity School. He studies religion, liberalism and the law. 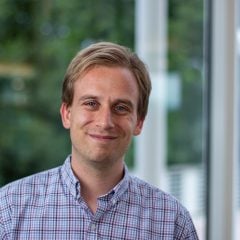 Samuel S. Wells completed a PhD in American history at William & Mary, where he wrote a dissertation on excommunication and freedom of conscience and association in early America. He is an independent scholar living in southern Utah.

Mormon excommunication: Need not be present to win!