(RNS) — Francis Collins, the director of the National Institutes of Health and an outspoken evangelical Christian, urged his fellow evangelicals, many of whom have resisted the COVID-19 vaccine, to get the shot and encourage others to do the same.

“It’s not just about this decision for yourself; it’s also about the opportunity to do something for your neighbors,” said Collins at a webinar called “Evangelicals & COVID-19 Vaccine” on Tuesday (April 27). “Brothers and sisters, this really is a love-your-neighbor moment.”

The co-hosts of Tuesday’s webinar, Jamie Aten and Kent Annan, who co-direct the disaster institute, recently started an “Evangelicals for COVID-19 vaccines” petition after research showed that white evangelicals were less likely to pursue vaccinations than other groups of Americans.

Aten recently disclosed that he has been receiving threats for his stance.

With vaccine hesitancy among some white evangelicals becoming a cause for concern for public health officials as well as Christian leaders, the scientific and religious leaders discussed ways to boost interest in vaccinations, rather than point blame at those who have not yet rolled up their sleeves. About 480 participants tuned into the Zoom discussion.

“I think God gives us a chance to learn the truth,” said Collins, who has spoken at other events to raise confidence and involve faith leaders in supporting vaccination initiatives. “I think those who do seek this honestly will see this as a potential gift but a gift that has to be unwrapped.” 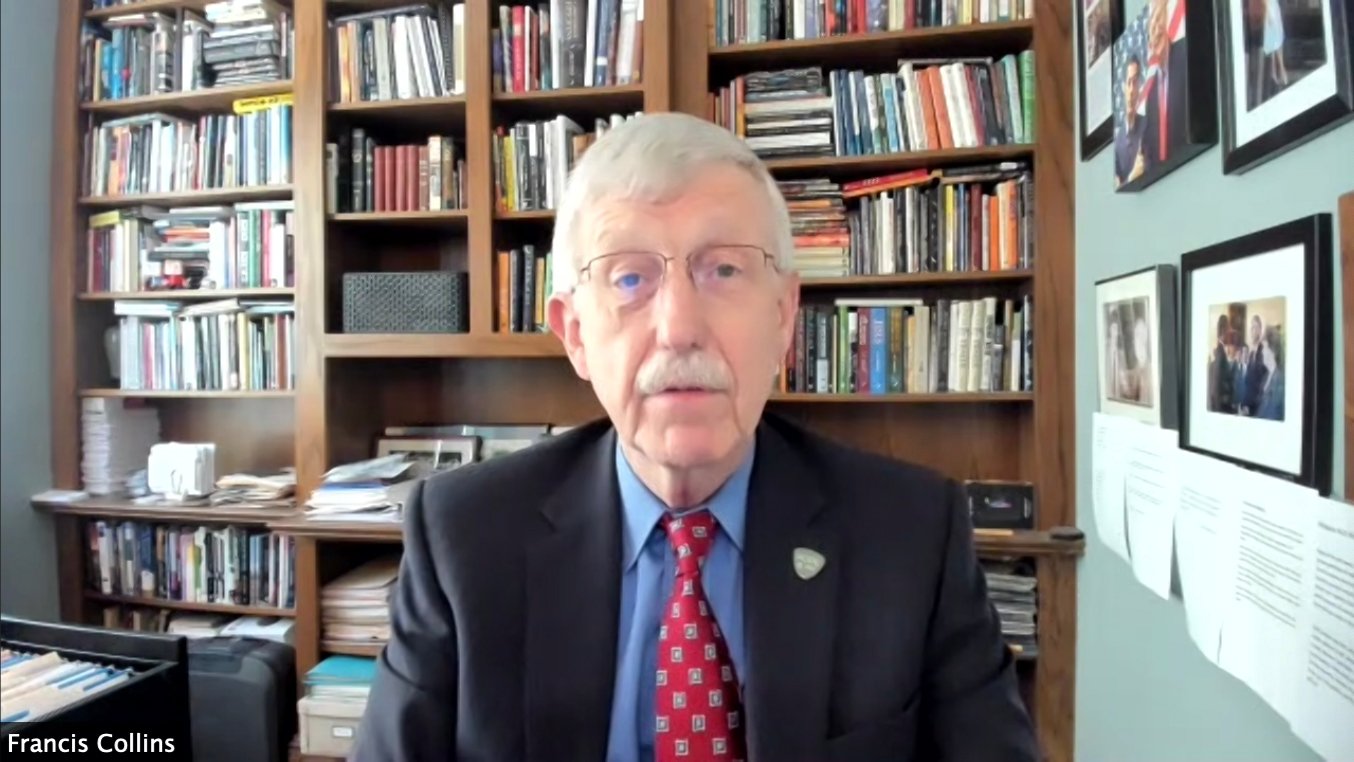 Other evangelical leaders have also taken steps to encourage vaccinations.

At a briefing last week, Surgeon General Vivek Murthy identified National Association of Evangelicals President Walter Kim as one of the influencers who have agreed to be part of the administration’s new “We Can Do This: Live” public education campaign.

Responding to concerns about the “warp speed” of the development of vaccines, Collins acknowledged that the term “might not have been a wise choice” but said he was overjoyed at the efficacy of the Pfizer and Moderna vaccines, which he initially “dreamed” would be 60% or 65% effective.

“When the data really was unblinded in early December, and the answer was 95% efficacy, with no evidence of a safety problem, I have to say I cried tears of joy,” he said. “It was an answer, even beyond what I had almost dared to pray for.”

He also voiced his confidence in the Johnson & Johnson vaccine, whose use was paused temporarily after a small number of people who received that shot developed rare blot clots.

“This is not just a typical blood clot in your leg kind of thing that happens a lot to many of us,” Collins explained. “This was a very much more rare and specific kind of clotting disorder, and so far it has been identified in exactly 15 individuals out of 8 million people who received the J&J vaccine.”

Citing the “nongovernment experts” who assessed the Johnson & Johnson vaccine, Collins said such a risk is “clearly very, very low” compared with the risk of contracting COVID-19, which has resulted in the deaths of more than 590,000 Americans. Asked how to advise pastors whose churches are divided over the vaccines, Moore counseled patience with those who are still learning about the vaccine enough to get it as well as those dwelling on conspiracy theories. He suggested focusing on congregants’ hopes — of returning to in-person worship or of taking mission trips again.

“It takes an equilibrium, it takes a patience with people who are having some trouble while at the same time, not holding the rest of the congregation captive to what someone read online, what someone is talking about on Facebook right now,” Moore said. “That’s a very difficult balancing act.”

Moore, the president of the Southern Baptist Convention’s Ethics and Religious Liberty Commission, spoke later about moral and theological concerns raised about the vaccines, particularly questions about possible ties to abortion.

“There’s not a concern here about anyone being involved somehow morally with abortion by taking any of these vaccines,” he said. “The Vatican’s spoken to that and others have as well.” Dalrymple mentioned that some of the political divides about the vaccine may be bridged by noting that the Trump administration accelerated the development of the vaccines, while the Biden administration can be credited with speeding their distribution.

“It’s really an amazing example of bipartisan accomplishment and I think there’s adequate ground for us to find a win in it for our own political tribe, and not see this as, ‘Well, this is something that some other group is trying to impose on us,’” Dalrymple said.

Collins also spoke of personal victories related to the COVID-19 vaccinations that “people who are a little on the fence” can consider, giving the example of being able in recent weeks to have dinner again in his home with his wife and another couple after they were all fully immunized.

“It was, like, really exciting and a little weird,” he said. “We took our masks off and we sat at the same table and we said grace together and we prayed and we broke bread. At the end of the evening, we hugged each other. It was such a sense of being liberated from this cloud of uncertainty and fear that has been over all of us.”