(RNS) — Catholic clerics and organizations continued to wrangle over how best to respond to a new COVID-19 vaccine this week, with bishops scrambling to make their views known on how their faithful should approach a vaccine produced by Johnson & Johnson that some say is morally tainted by a connection to a long-ago aborted fetus.

Last Friday (Feb. 26), the Archdiocese of New Orleans issued a statement criticizing the new vaccine recently approved for emergency use in the U.S. They claim it is “morally compromised” because it was developed and produced using cell lines sustained in laboratories since the 1980s that originated with fetal tissue derived from an abortion.

The archdiocese argued that, if given the choice, Catholics should instead opt to take vaccines produced by Moderna and Pfizer-BioNTech, which used the similar cell lines but in ways that were “extremely remote.”

According a spokesperson from the U.S. Conference of Catholic Bishops, that group grew concerned that the New Orleans statement had created uncertainty. The USCCB issued its own statement emphasizing that it is “morally acceptable” for Catholics to receive the vaccine if it’s their only option. But the USCCB statement echoed the Archdiocese of New Orleans in arguing that “if one has the ability to choose a vaccine, Pfizer or Moderna’s vaccines should be chosen over Johnson & Johnson’s.” 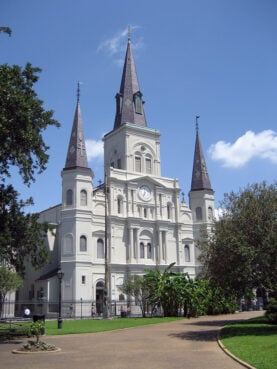 St. Louis Cathedral in New Orleans, the seat of the Archdiocese of New Orleans. Photo by Infrogmation/Creative Commons

“It was not planned, but we saw there was confusion among the public, so it was determined that a clarification statement was needed,” the USCCB spokesperson said.

The statements were part of an ongoing debate regarding cells commonly used in medical laboratories that reportedly trace their origins to aborted fetuses from the 1970s and 1980s. Moderna, Pfizer-BioNTech and Johnson & Johnson all used such cell lines — the most prominent of which are known as HEK293 and PER.C6 — but scholars, ethicists and Johnson & Johnson itself have pointed out that the cell lines are not the original fetal tissue. Rather, they’re clones with a very distant link to the original cells.

The USCCB also explained further that its statement took its cues from the Vatican, which released a document in December regarding the use of such cell lines in the development of vaccines that cleared the vaccines for Catholics.

But critics of the bishops’ statement noted that the Holy See’s guidelines concluded it was “morally acceptable” for Catholics to receive vaccines that used the controversial cell lines and did not cite any vaccines by name. At the time of the statement, the Johnson & Johnson vaccine had not been approved for use anywhere.

RELATED: US bishops discourage Catholics from getting Johnson & Johnson vaccine if given a choice

Either way, the USCCB’s statement only brought more outcries, with one Jesuit priest calling such proclamations “pastorally dangerous.” Other critics pointed out that most Americans will not have a choice about which vaccine they are offered.

A member of the Pontifical Academy for Life stated in a National Catholic Reporter editorial on Friday, meanwhile, that “all the COVID-19 vaccines are morally acceptable” and that statements calling the Johnson & Johnson vaccine morally compromised “miss the mark.”

This week, individual bishops began issuing their own statements. Some focused their remarks on urging people to take the vaccines available to them — a key rhetorical difference.

San Diego Bishop Robert W. McElroy declared it “entirely morally legitimate” to receive any of the four major vaccines currently being distributed globally — only three of which are available in the United States.

“With limited vaccine options available to achieve healing for our nation and our world, it is entirely morally legitimate to receive any of these four vaccines, and to recognize, as Pope Francis has noted, that in receiving them we are truly showing love for our neighbor and our God,” McElroy wrote.

He was echoed by Archbishop Salvatore J. Cordileone of San Francisco, whose spokesperson told the San Francisco Chronicle that the cleric “agrees with the Vatican and the California Catholic Conference that all available vaccines are morally and ethically acceptable by the Catholic Church.” 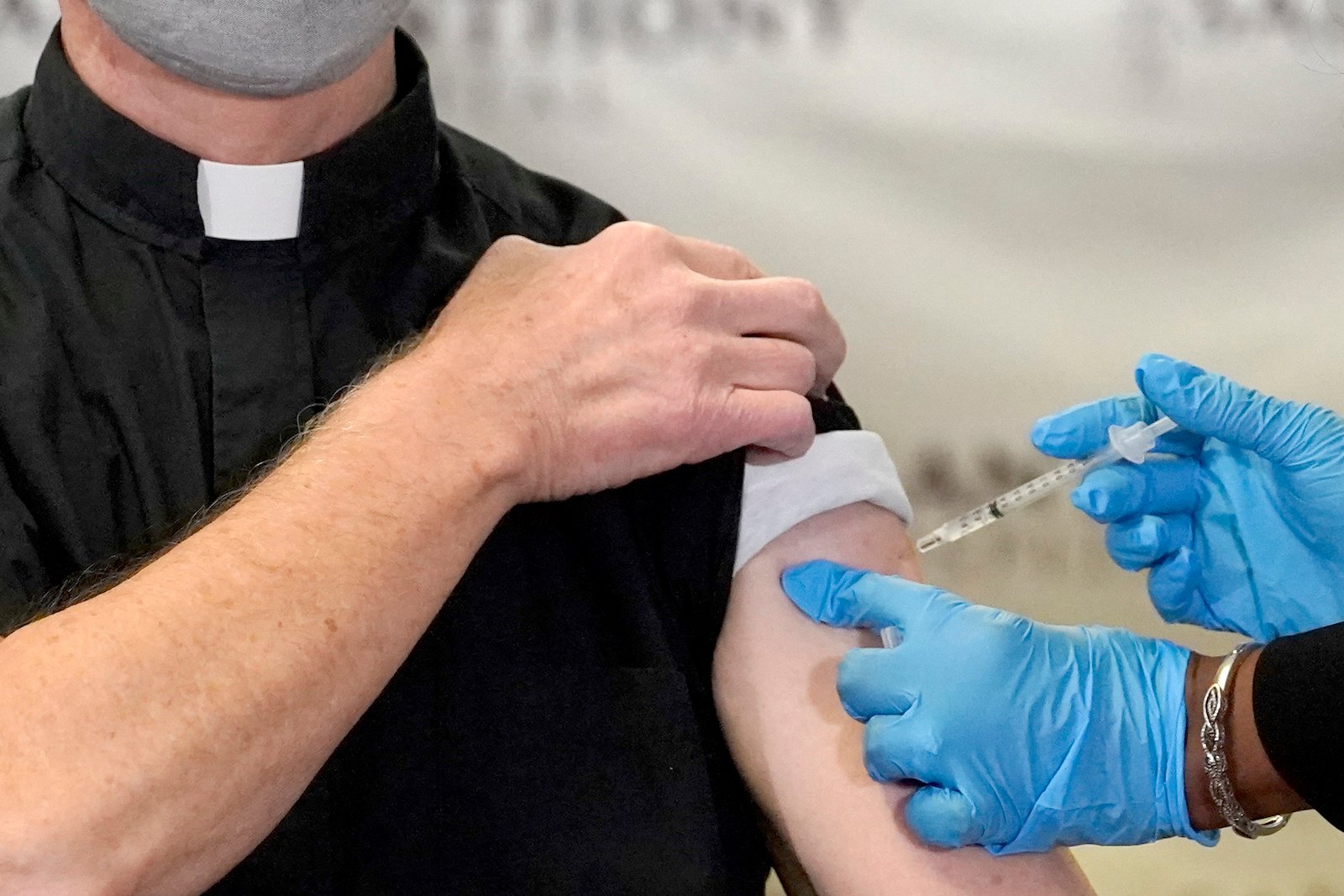 Others, such as the Archdiocese of Pittsburgh and the Dioceses of Portland, Maine, and St. Petersburg, Florida, appeared to stand by the USCCB’s statement.

Bishop Michael Sheridan of Colorado Springs issued a statement to local media condemning the Johnson & Johnson vaccines as “morally unacceptable, especially in light of better vaccine options” — without any suggestion that Catholics could take the vaccine if they had no other option.

Virtually all of their statements were preempted by Bishop Joseph Strickland of the Diocese of Tyler, who argued in November 2020 that Catholics “reject” even the Moderna and Pfizer-BioNTech vaccines because of their ties to cell lines.

But at least one major Catholic group actually administering an ongoing vaccine rollout appeared unmoved. On Wednesday, the Catholic Health Association, which represents some 600 hospitals and 1,600 long-term care and other health facilities, told Religion News Service that they intend to distribute the Johnson & Johnson vaccine, which their own ethicists have declared “morally acceptable to receive.”

By the end of the week, even the USCCB seemed willing to amend its messaging. On Thursday, the group released a video in which one of the authors of the original statement — Bishop Kevin C. Rhoades of Fort Wayne-South Bend — stated clearly that “there is no moral need to turn down a vaccine, including the Johnson & Johnson vaccine, which is morally acceptable to use.”

The same was true in Pennsylvania, where the Pennsylvania Catholic Conference reportedly issued a statement on Thursday clarifying that “Catholics may in good conscience, receive any vaccine, in order to protect themselves.” The Diocese of Pittsburgh also issued an additional statement that initially attempted to deflect blame on the media before pointing to the conference’s statement.

Some public officials and faith leaders have worked to preempt any negativity toward the vaccine. On Friday, Mandy Cohen, secretary of the North Carolina Department of Health and Human Services, was publicly vaccinated alongside the Rev. William J. Barber II, a pastor and co-chair of the Poor People’s Campaign.

Both received the Johnson & Johnson vaccine, and Cohen made a point to note that the shot does not contain fetal tissue.

It remains to be seen what, if any, effect the back and forth will have on people’s willingness to take the Johnson & Johnson vaccine. Reports from vaccination distribution centers say the shot, which only requires one dose and reports fewer side effects than Moderna’s or Pfizer’s vaccines, is already popular at inoculation locations.