RALEIGH, N.C.  (RNS) — When they see her on TV, or out in the street, many North Carolinians recognize her as “‘three Ws’ lady.”

But to the Jewish community that watches her near-daily news conferences from the podium of the Emergency Operations Center in Raleigh, Cohen is probably better known as the woman who wears the “chai.”

A charm with the two-letter Hebrew word, which means “life” (and is pronounced “khai”), is attached to a gold chain she wears around her neck. She jokes her husband wouldn’t recognize her without it.

It is a testament to her faith — she is Jewish — and, in this strange pandemic moment, to her religious values.

Cohen is, as she says, “the tip of the spear” when it comes to the health and well-being of North Carolina’s 10.5 million residents, the person most responsible for shaping policies to contain the coronavirus.

And in this politically charged moment, the 42-year-old Long Island native has made it clear she is on the side of preserving life.

“There’s so much of what I do in the health and human services space that’s so aligned with Jewish values of healing the world,” Cohen said in a video call with Religion News Service. “It feels like a natural fit.”

As the Jewish High Holidays approach, Cohen said she looks forward to the time of reflection and introspection — the themes of Rosh Hashana and Yom Kippur — especially as they relate to her public work.

“I want to make the world better than what I found it, but it’s also about having the humility to know you make mistakes and publicly asking for forgiveness,” she said. “That articulates a transparency that I value a lot in my work life but comes directly from the things we practice as Jews every year, saying, ‘I have failed, I have wronged. But I’m going to strive to do better.’”

On Sept. 28,  the Day of Atonement, Cohen will share some of her thinking in an online panel discussion hosted by her rabbi at Raleigh’s Conservative Beth Meyer Synagogue. The topic: leadership in a time of crisis.

Amid the multiple “unmasked” protests by a group called Reopen NC and ongoing complaints from churches about unfair treatment with government-imposed pandemic restrictions, Cohen has been able to thread a needle: She is guided by science, believing her work in public health should be evidence-based and data-driven, and, at the same time, visibly grounded in her faith.

READ: American Jews adapt the Seder for Rosh Hashana in a DIY pivot

With close to 190,000 COVID-19 cases and more than 3,100 dead, North Carolina has not fared as well in the pandemic as smaller Northeastern rural states, such as Vermont and Maine or even neighboring Virginia. But neither has it seen spikes like those in Georgia, Texas and Florida, states that pushed to reopen during the spring, only to experience major surges in the summer.

One reason, said Cohen, is that science — rather than political calculation — has guided her recommendations. Since the first COVID-19 case in the state was confirmed in early March, Cohen has met daily — usually via conference call — with Democratic Gov. Roy Cooper and has been at his side at every news conference on the pandemic, supplying the numbers and laying out her target goals for easing restrictions.

“We’re trying to maximize for health and safety,” she said. “You have to be careful where that data comes from. You have to be open to the fact that the evidence will change. You have to reevaluate if new information comes to light.” 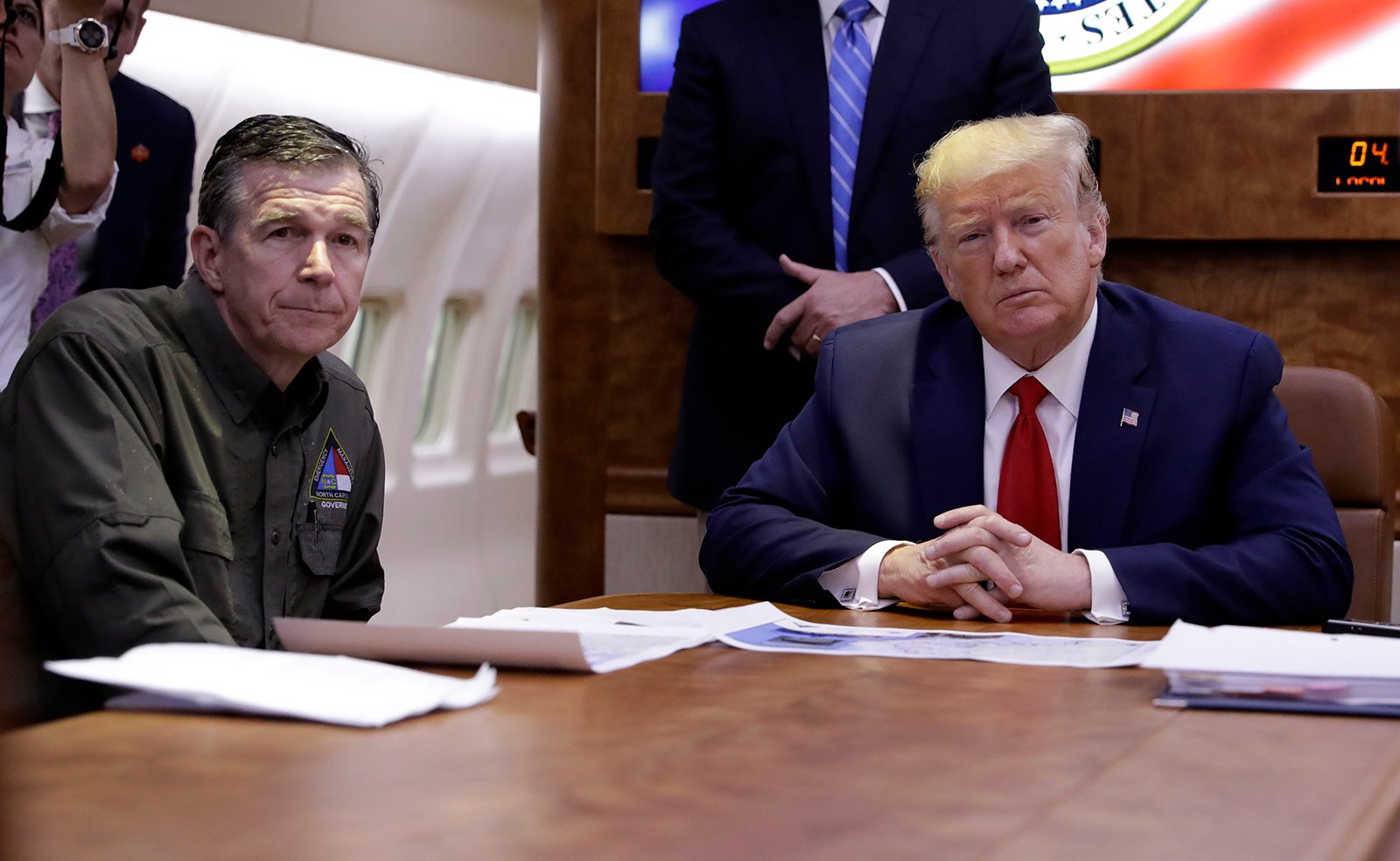 In June, Cooper drew national attention when he quashed the GOP’s plans for a 50,000-person Republican National Convention at Charlotte’s Spectrum Center, saying the only way the event would move forward was with proper health protocols. (The president ultimately accepted the GOP nomination from the South Lawn of the White House.) Cooper did so on the advice of Cohen, who has been at the center of every decision concerning the pandemic.

The North Carolina medical community and the state’s infectious disease experts appreciate Cohen’s scientific approach, with its emphasis on data from testing, tracing and trends.

“You could certainly quibble with a criterion here or there or a guideline here or there that wasn’t on point,” said Dr. David Wohl, an infectious disease specialist at the University of North Carolina at Chapel Hill. “But the most important thing is that there has been consistent messaging that this is serious, that we all have to do our part and that we need to use evidence in making decisions. That messaging has been key.”

But Cohen also knows science isn’t enough. It has to be undergirded by values of human life. For that, she leans on her Jewish identity.

Cohen’s first task after being appointed secretary of health and human services in 2017 was to sit for her official photo, which hangs in every HHS building across the state.

She had just left her job as chief operating officer and chief of staff at the federal Centers for Medicare and Medicaid Services in Washington, D.C., and was moving to North Carolina, where she had no family or friends.

She debated whether to wear her necklace for the photo shoot. Cohen’s mother, a nurse practitioner, gave her the charm when she was accepted at Yale School of Medicine. It was meant to remind her to stay grounded in her Jewish faith but also to stay strong as a woman.

“In the end, I decided that’s who I am,” she said. “The governor chose me for all the parts of me, and it’s what people will see when I show up in person.” 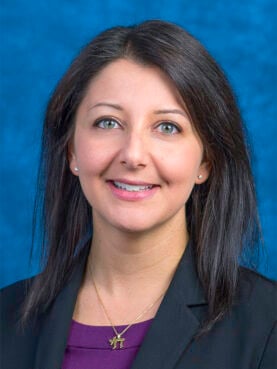 For the most part, she said, people have come to recognize her Jewishness, occasionally commenting on her necklace and asking about its meaning. “I’ve had only positive reactions,” she said.

Born Mandy Krauthamer, Cohen grew up in the town of Baldwin, a hamlet on Long Island’s south shore with a large Jewish population. She had her bat mitzvah at her family’s Reform synagogue at age 12.

Beginning in college she drifted away, but the stress of earning a master’s degree in public health at Harvard University while still training in internal medicine at Massachusetts General Hospital, Cohen said, brought her back to Jewish communal life. Soon after, she met Sam Cohen, a Harvard law student. They married and relocated to Washington, D.C., so Cohen could take a job at the Centers for Medicare and Medicaid Services.

When, in 2013, the Obama administration’s launch of the HealthCare.gov website, where people went to sign up for health insurance under the Affordable Care Act, failed spectacularly, Cohen was recruited to help fix it.

“It wasn’t life or death,” she said. “But it was an incredibly public failure of government in a way that shakes the core of ‘Can government do tough things?’”

The experience taught her the importance of transparency and made her think hard about how government communicates most effectively and builds — and rebuilds — public trust.

After President Donald Trump’s election, Cohen considered a return to practicing medicine when she got a call from Cooper, the only new Democratic governor elected in 2016. He asked if she’d be interested in moving to North Carolina’s Department of Health and Human Services. Cohen jumped at the opportunity.

With her daughters of preschool age, Cohen picked out a synagogue before she and Sam went shopping for a house.

“The intergenerational piece of that was very important to me,” she said of her daughters’ Jewish identity. “I wanted them to know it and (for it) to be super ingrained in their world.”

Cohen’s work earned plaudits before the pandemic struck, even among North Carolina’s Republican legislators. She also become a hero to the state’s Jewish community, especially among Raleigh’s six Jewish congregations. Two years ago the Raleigh-Cary Jewish Federation honored her as one of 13 “Extraordinary Women.”

Her renown has only grown in the past six months.

“I can’t adequately express my admiration for the excellent job she’s doing steering us through this pandemic,” said Dr. Liz Kanof Levine, a retired dermatologist who has become a close friend. “We are most, most fortunate to have her.”

Last week, Cohen began the process of reflection that Jews undertake before Yom Kippur. With the virus in the back of her mind, she’s thinking especially of the value of empathy in the midst of all that public officials like herself are asking of people.

“If there’s one thing I wish we can continue to do more is to express as much empathy as we can for what people are going through and understanding that people are coming from so many places to start with,” she said. “If we can all have a little more empathy for each other, that will make us more successful.”

For Cohen, the measure of that success is saving a life.