He and his wife had bills to pay while they were in graduate school. But his undergraduate degree from Moody Bible Institute left him with few professional skills outside of the ministry.

Then a friend offered him what seemed like the perfect gig. The job paid well — about $20 an hour — and allowed him to put his Bible skills and his graduate studies to work.

That’s how he became a sermon ghostwriter.

“I thought this was great,” recalled Ostoich, who spent several years writing research briefs, sermon outlines and other content for pastors through the Docent Research Group from 2010 to 2014.

Faced with having to come up with new material every week and sometimes several times a week, preachers have long used “pulpit helps” in writing their sermons. They often rely on magazines, subscription services and websites to provide anecdotes, topics and other fodder for sermons. (At least one megachurch even sells “sermon kits” — complete with outlines, graphics and promo videos for other churches to use.)

“RELATED: If you have eyes, plagiarize” — when borrowing from other preachers goes too far

Some preachers hire researchers to do the Bible reading and background research and interpretation on a specific text — known as exegesis — or to provide insights about cultural trends affecting the church. Others find a ghostwriter to help them put it all together.

“Docent’s work reaches over a million people every month who are blessed by pastors better equipped to do their work and backed up by excellent research,” the group’s website claims.

Ostoich, a writer from Michigan, thinks sermon ghostwriters and researchers can serve a valid role in the church, under the right circumstances. His first gig as a ghostwriter involved helping the interim pastor of a Texas church. The interim pastor had been on a church’s board of elders and was put in charge after the previous pastor resigned. He’d come out of the business world and had no formal training as a pastor. 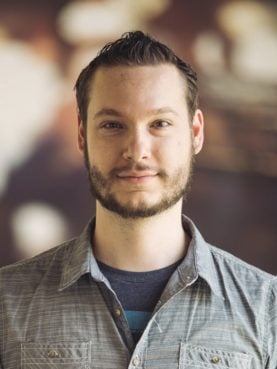 Ostoich was asked to lend a hand. He would go through the Bible text for that week’s sermon and summarize the main points, then add some background research about the context for the passage. From there, the pastor would go on and write his own sermon.

“I felt I was helping a guy who needs help,” said Ostoich. “This is in my wheelhouse and if I can provide resources to help him grow and be a good servant at his church, great.”

Ostoich would eventually go on to do ghostwriting projects for Mars Hill Church and Mark Driscoll, including blog posts that ran under Driscoll’s byline. That made Ostoich uncomfortable — as if he was misleading folks who thought they were reading Driscoll’s words.

“The whole thing started to go sour on me at that point,” he said.

Glenn Lucke, president of Docent, said that the company helps pastors with research but does not provide ghostwriters.  Pastors, he said in an email, should write their own sermons and not use other people’s words as their own.

“Docent doesn’t write sermons,” he told RNS in an email. “We believe that it is the pastors’ calling to craft their own sermons. We assist pastors with a minority portion of the background research. The pastors we serve do the majority of the research in the Scriptures, commentaries, linguistic aids, and theological volumes. They wrestle with the Word of God, what it means, and how to apply it to themselves and to their people, and they write their own sermons.”

Gary Stratton, dean of the school of arts and sciences at Johnson University, a Christian school with campuses in Tennessee and Florida, says pastors, who are already busy with raising money and visiting the sick and teaching classes, are often under tremendous pressure to write compelling sermons every week.

The rise of podcasts and streaming sermons from megachurches have made things worse, with preachers of a local church often being compared to celebrity pastors. For many, preaching a sermon felt as if it became a kind of performance art rather than a spiritual activity and led some preachers to outsource their sermon writing to others or to use other preacher’s sermons, said Stratton.

Stratton thinks that in doing so, they miss out on the spiritual side of writing a sermon.

“If you’re going to prepare a sermon, half your time should be in prayer,” he said. “Praying for your people, praying for the anointing, praying for the Spirit to be present to work in people’s lives, and the other half on preparing the actual words.”

A pastor in a Kentucky-based megachurch said he sought help in doing research for sermons a few years ago.

After pastoring for two decades, the pastor, who asked not to be identified, said people in the church had “heard all of his stories” by that point. And he didn’t want to end up just recycling sermon material from the past.

So the church brought another pastor in to share the preaching load with him. The two set up a weekly meeting with a team from the church — younger and older, men and women — to help with the brainstorming process for sermons. The group gets the biblical text ahead of time and then discusses it during the meeting, with members giving their key takeaways and suggesting possible illustrations.

The preachers take that input, then shut the door for several days and get to work when it’s their week to preach. Prayer and time alone with the Bible text play an essential role in the writing.

“My greatest concern is that intimacy with Jesus,” this pastor told Religion News Service. “You have to get alone with him and the biblical text. You exegete the text, you exegete your audience, and you exegete your own heart. Those are the three things that lead to a good sermon.”

At least one ghostwriter that RNS spoke with wishes pastors would be more transparent when they work with ghostwriters or a “sermon crafter.”

After all, church musicians aren’t expected to write the hymns the congregation sings. The prayers and creeds and liturgy each week were often written by other people. So why not allow a pastor to use a sermon someone else wrote — and be open about it?

The ghostwriter, a former pastor who made between $300 and $900 for crafting a sermon package — with theological background, a list of major themes in that week’s text, as well as a list of illustrations — took the job of ghostwriter during a crisis when their family needed more income. It paid better than other jobs — and allowed the person to use their ministry skills and education to benefit a church.

“I thought, if this is how I could help serve the church right now, that’s what I will do,” they said.

Author and theologian Scot McKnight argues that pastors who use ghostwriters or researchers without telling their congregations are “cheating.”

The congregation, he said, believes the sermons were written by the pastor and come out of the pastor’s own interaction with the Bible and prayer. And members often attend a church because of the sermons and give money on the basis of those teachings.

Finding out a preacher used a ghostwriter or researcher is “a betrayal of their trust and expectations,” McKnight said.

Zach Lambert, pastor of Restore Austin, a congregation in Austin, Texas, said he was “starstruck” as a young minister when he was asked to ghostwrite sermons for a well-known preacher. He wrote for what he called “an audience of one” — the pastor who would deliver the sermon.

Lambert is now pastor of a congregation of about 300 and says writing sermons for his congregants is much more meaningful than hearing his words being preached to thousands.

“Every time I write a sermon, inevitably, God brings faces of people in the congregation to mind,” he said. “Even though it’s a much smaller audience than when I was ghostwriting, it’s incredibly rewarding to write a message for the folks in our church and then get to preach it to them.”

(This story has been updated with a comment from Glenn Lucke of Docent.)