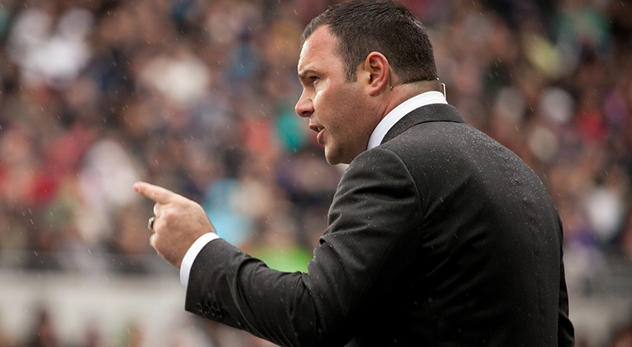 **UPDATE: Document reveals that Justin Holcomb, Driscoll’s research assistant, produced the “Trial” chapter attributed to him. The language in this post was updated from “borrowed” to “quoted” because it appears that Holcomb’s original research delivered to Mars Hill was cited.**

**UPDATE: Logos has removed the “Trial” book from their online inventory at the request of Mars Hill Church. A representative for Logos told me that approximately 23 copies have been sold this year and royalties were paid according to their agreement.**

**UPDATE: Mars Hill Church has removed the phrase “and was never sold” from the statement on their website.**

**UPDATE: The following statement was sent to me from Todd Starowitz of Tyndale House Publishers regarding the reported “media relationship” with Salem Communications:

I think there is a misperception about the term “media partnership” when it comes to Salem and Tyndale. It simply means that Tyndale advertises on SRN. We have in the past and we expect to continue to do so. The quote from Aprel Mabson (Tyndale’s advertising and promotions coordinator) on the Salem site is nothing more than a testimonial about the positive relationship that Tyndale has had advertising on Salem shows.

Also, you haven’t reported on it, but there has also been some inaccuracies floating around about Tyndale and its ownership. Tyndale is operated by the Tyndale House Foundation. In 2001 Ken and Margaret Taylor transferred ownership of Tyndale House Publishers to the Foundation. As a result, 96.5 percent of the dividends from the profitable operations of the company also now flow to the Foundation. More information about the Foundation and its mission may be found at www.tyndalehousefdn.org.**

The Mars Hill statement was first discovered by Warren Throckmorton at “Patheos.” It is difficult to find, buried in the “Downloads” section of the “Trial” sermon series page. The statement only address charges that plagiarized material appeared in a booklet on I&II Peter published by Mars Hill Church. It admits “citation errors” but blames a research team for the errors, which are located in a chapter naming Driscoll as author:

In 2009, Pastor Mark preached through 1 & 2 Peter in a sermon series called Trial. To help our small groups, a team of people including a research assistant, put together a free study guide that was produced in-house and was never sold. About 5 years later it was brought to our attention that it contained some citation errors. We have discovered that during the editing process, content from other published sources were mistaken for research notes. These sentences were adapted instead of quoted directly. We are grateful this was brought to our attention, and we have removed that document from our website to correct the mistake. Additionally, we are examining all of our similar content as a precautionary measure.

Elsewhere on the Mars Hill web site, Driscoll’s research assistant is named as Justin Holcomb of Docent Research Group. “[Justin] has been humble enough to do a great deal of research for me, which, along with the work of my helpful friend and editing assistant Deacon Crystal Griffin, allows me to produce content at a pace I would never have thought possible…I am now sending out literally thousands of pages of content a year, as well as preaching and teaching hundreds of hours of content a year,” the site states. It is unclear whether Holcomb is the “research assistant” referenced in the statement. 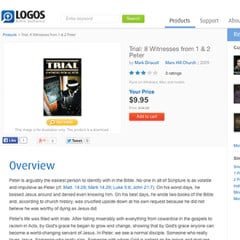 Screenshot of sales page for “Trial.”

The statement appears to contain at least one incorrect statement. Though Mars Hill claims the book was “never sold,” it is currently on sale by at least one vendor (Logos Bible Software) for $9.95. A screen shot of the sales page is attached.

The statement from Mars Hill comes on the heels of a story published by “Christianity Today” wherein Intervarsity Press, the original publisher of the content in question, claimed there was improper citation in Driscoll’s booklet and expressing their desire for an explanation:

Several paragraphs from the “New Bible Commentary” edited by G. J. Wenham, J. A. Motyer, D. A. Carson and R. T. France published by InterVarsity Press appear in Mark Driscoll’s now out of print book “Trial: 8 Witnesses From 1 & 2 Peter.” These improperly appeared without quotation or attribution. With proper citation the material would have been a case of fair use.

InterVarsity Press believes all writers should use great care as they do research and prepare texts for any use to make sure that proper acknowledgement is given to source material.

In addition to the citations addressed here, there are lingering charges of improperly cited content in Driscoll’s newest book “A Call to Resurgence” published by Tyndale House Publishers. Tyndale defended Driscoll in two statements released to RNS (see here and here). After Mefferd apologized for making allegations regarding this book and removed the evidence from her site, it was discovered that Tyndale House and Salem Radio–Mefferd’s employer–are “media partners.” This raises questions about the motivation for Mefferd’s apology, which befuddled many who’ve watched this story unfold.