WASHINGTON (RNS) — Faith-based refugee resettlement groups are celebrating President Joe Biden’s decision to raise the number of refugees allowed into the U.S. for the remainder of the federal fiscal year to 62,500, even as they acknowledge that they need to rebuild their capacity after years of cuts under the previous administration.

The announcement from the Biden White House comes after significant pushback from the faith-based groups that form the backbone of the nation’s refugee resettlement program after the president signed a memorandum last month aimed at speeding up refugee admissions that did not touch the historic low set by former President Donald Trump.

In a statement released Monday (May 3) by the White House, Biden announced he was raising the ceiling to 62,500 from the number set by the Trump administration — just 15,000 in the 2019 fiscal year.

“It is important to take this action today to remove any lingering doubt in the minds of refugees around the world who have suffered so much, and who are anxiously waiting for their new lives to begin,” Biden said.

That will reinforce efforts to rebuild the U.S. refugee resettlement program after cuts made by Trump, according to the statement.

It also is a step on the way to raising the refugee ceiling to 125,000 in Biden’s first full fiscal year in office, which begins in October.

“President Biden has reaffirmed what so many Americans have long known — refugees are welcome here and are a blessing to our communities,” Krish O’Mara Vignarajah, president and CEO of Lutheran Immigration and Refugee Service, said in a written statement.

“The new admissions ceiling reflects our core values as a welcoming nation, and finally aligns public policy with the unprecedented global need of millions forced from their home by violence, war, and persecution. As leader of the free world, the United States has a moral obligation to address this crisis — it’s incredibly heartening to once again see an administration who takes our nation’s humanitarian responsibilities seriously,” Vignarajah wrote.

But the president also appeared careful to set expectations in his announcement.

“The sad truth is that we will not achieve 62,500 admissions this year,” he said. “We are working quickly to undo the damage of the last four years. It will take some time, but that work is already underway.”

Officials at multiple faith-based agencies told Religion News Service they weren’t given advance warning of the announcement, but they welcomed the shift.

“All of us at HIAS are elated that the United States is back on track to lead by example in welcoming refugees,” HIAS chief Mark Hetfield told RNS in a text message. “While the goal may be aspirational, we hope it will also be inspirational to the rest of the world and to refugees.”

HIAS released a statement following the news in which Hetfield declared that “no act is more American or more Jewish than welcoming the stranger” and expressed readiness to rebuild the program.

“We know there are long months of work ahead to fully restore the resettlement program,” the statement read. “As the Jewish refugee organization that has long been the U.S. government’s partner in refugee resettlement, HIAS and our network of partners across the country are ready and eager to help however we can.”

Jenny Yang, vice president for advocacy and policy at World Relief, told RNS in an email that the new number “is a necessary first action, and many refugees’ lives will be changed as a result of the President’s actions today.”

Yang shared HIAS’ readiness to partner with the White House to rebuild the refugee resettlement program.

“There is much work still to be done to rebuild the resettlement infrastructure and restore refugee processing, but we look forward to partnering with the Biden-Harris administration on this important work,” she said.

Church World Service also released a statement celebrating that Biden had fulfilled his promise to raise the refugee ceiling and urging his administration to immediately rebuild the infrastructure needed to expand resettlement capacity in the U.S.

“This increase in refugee admissions will save many lives, revitalize communities, and set the stage for rebuilding and strengthening refugee protection and resettlement,” said Meredith Owen, its director of policy and advocacy.

But, Owen said in the statement, “The three-month delay in formalizing the increased admissions goal disheartened our communities and caused real harm to thousands of refugees who had been approved for resettlement earlier this year.” 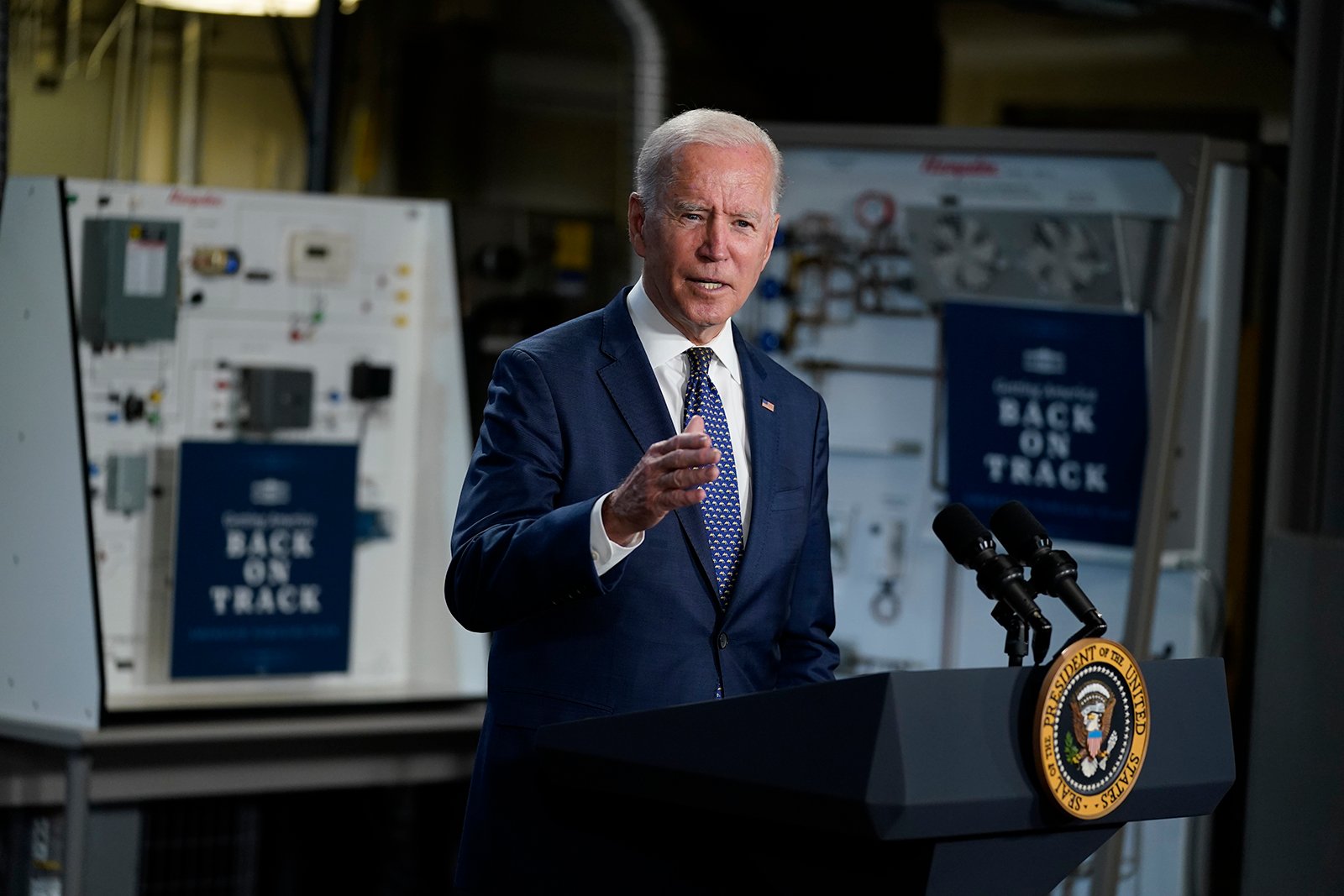 Monday’s announcement follows an executive order Biden signed barely two weeks into his presidency, which he said at the time would position his administration to raise the number of refugees allowed into the U.S. from 15,000 to 125,000 in its first full fiscal year.

It’s a commitment the president has framed in terms of faith, when, in the days after his election, he confirmed to a Catholic group that works with refugees his intent to raise the refugee ceiling.

It’s unclear why the administration initially hesitated to raise that number.

The New York Times cited an unnamed senior administration official who pointed to concern that an uptick in U.S.-Mexico border crossings this year already had overwhelmed refugee services at the Department of Health and Human Services. But, as the Times pointed out, the refugees in question are processed by a different system altogether.

One State Department official also told The Associated Press that they have a lot to rebuild after cuts made by Trump to the U.S. refugee resettlement program.

Vignarajah of LIRS called the challenge of ramping up admissions “daunting.”

But, she said, “America has risen to the occasion before, and given the global need, we must do it again.”

Not only is there support from the White House to resettle refugees, but also from the “innumerable faith congregations” that make up LIRS’ network of support for refugees resettled in their communities.

“Today, we breathe a sigh of relief for our refugee brothers and sisters still in harm’s way, and for the thousands of families who have been forced to delay their reunification for years,” she said. “We feel hopeful and blessed to be a part of reviving this lifesaving work.”