(RNS) — The Rev. Megan Rohrer was elected bishop of the Evangelical Lutheran Church in America’s Sierra Pacific synod on Saturday (May 8), becoming the first transgender person to serve as bishop in the denomination or in any of the U.S.’ major Christian faiths.

Well known for advocating for LGBTQ rights in street activism, preaching and writing, Rohrer, 41, who uses the pronouns they and them, is also recognized for their work with the homeless. They have also attained minor celebrity status stemming from appearances on the television series “Queer Eye” and in profiles in Time magazine and Cosmopolitan, where they recounted their struggles as a young LGBTQ Christian and as a person coming to terms physically and spiritually with their gender.

“It’s an honor to be called to serve the Sierra Pacific Synod,” Rohrer said to Religion News Service in a written statement. “During this time when some imagine trans people at their worst, Lutherans have once again declared that transgender people are beautiful children of God. Thank you to everyone who has been praying for me and my family as I accept this call.”

Raised in South Dakota, Rohrer has recounted being expelled from the youth group at the church they attended in Sioux Falls when they came out as a lesbian and told a California public radio station that in college at the Lutheran Augustana University, “The people who were in my religion classes with me would sing hymns when I walked by, to try to get rid of my gay demons. And I would just sing harmony. I didn’t know what to do.” 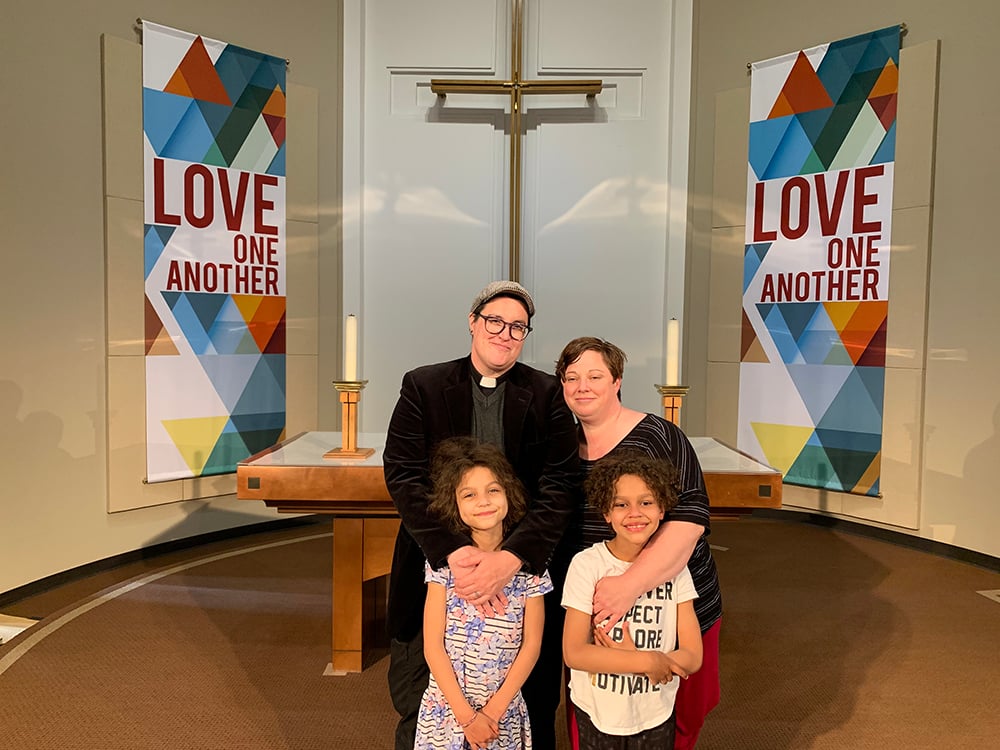 A campus pastor at Augustana, however, encouraged Rohrer to consider ministry, and in 2002 they moved to San Francisco to attend Pacific Lutheran Theological Seminary and later transferred to the LGBTQ-friendly Pacific School of Religion in Berkeley. Ordained in 2006 under an “extraordinary candidacy process” designed to sidestep the national ELCA’s policy on LGBTQ ministers at the time, Rohrer’s ordination was officially accepted in 2010.

In San Francisco, whose board of supervisors declared August 12 “Pastor Megan Rohrer Day” in 2012, Rohrer has been an outspoken defender and counselor to LGTBQ people, especially the transgender homeless and Christians. “Using faith to tear other people down is not good news,” Rohrer told Cosmopolitan in 2017. “We need to all be as loud and as angry as the people who want to declare that there are types of people that God can’t love.”

While gay bishops have served in mainline Protestant denominations since Bishop Gene Robinson was named a bishop in the Episcopal Diocese of New Hampshire in 2003, transgender priests and ministers are only slowly finding acceptance. In 2007, Drew Phoenix was permitted to remain as pastor of a Baltimore United Methodist parish after coming out as transgender; the UMC appointed its first transgender deacon in 2017. The Episcopal Church approved transgender priests in 2012.

RELATED: A transgender priest finds a new life helping others on the margins

The Sierra Pacific Synod encompasses 180 congregations in northern California and northern Nevada, with more than 36,000 individual members and about 13,000 worshippers attending on Sundays. Bishops are elected to six-year terms in the ELCA.

Rohrer was elected on the fifth ballot in Saturday’s episcopal election, edging out the Rev. Jeff R. Johnson, pastor of the University of California, Berkeley’s Lutheran chapel, who led the voting until the final ballot.

Rohrer said in documents stating their qualifications for bishop that their priorities would be to “hire a communications professional to lead a major evangelism effort,” to promote low-income housing in a part of the country where real estate prices are exacerbating homelessness and to order an audit to review the synod’s policies that lead to bias.

For all the history made by Saturday’s vote for this pioneering bishop-elect, the day after their election Rohrer appeared to be more fascinated by their deep connection to traditional Christianity, reporting via Twitter that they are related to the 15th century patron saint of Switzerland.

For those interested in a Bishop-elect fun fact: My 16th great grand father, Brother Klaus or St Nicholas of Flüe, is the patron saint of Switzerland. https://t.co/zeMwLSctTk