The landslide victory in 2014 of Prime Minister Narendra Modi, a controversial Hindu nationalist, has ushered in a wave of human rights violations. Under Modi, Hindu extremists have been emboldened to carry out a 300% increase in violent attacks against Christians, Muslims and other religious minorities. Oppressive anti-conversion laws are frequently used to harass and expel religious minorities wherever local authorities are willing to do so.

Over the past four years, the organization I lead, Open Doors USA, repeatedly called on the Trump administration to hold India accountable for this mistreatment of religious and ethnic minorities. While the Trump White House was attentive to our pleas, it ultimately failed to act.

On the campaign trail, Joe Biden the candidate repeatedly promised to fight to protect religious freedom wherever it was threatened. When it comes to India, however, Joe Biden the president seems to have chosen a similar approach to his predecessor. With relatively little effort, the current administration could stop the rise of anti-religious authoritarianism among India’s 1.25 billion diverse citizens.

When President Trump had the leverage to influence Modi’s next move, he courted personal favor instead. Their defense deal, intended to counter China, tapped India as an ally despite its leadership’s ongoing disregard for constitutional limits. In this, President Trump targeted an established danger to human rights by empowering an emerging one.

Since Biden took office, the situation has only worsened. The Indian government, which has long continually blamed Muslim citizens for its COVID-19 outbreak, recently condoned large gatherings of Hindu pilgrims and political loyalists. And there is nothing democratic about the Indian government’s censorship of social media posts critical of its pandemic response. This blatant disregard for freedom of expression calls into question the true nature of India’s “democracy.” 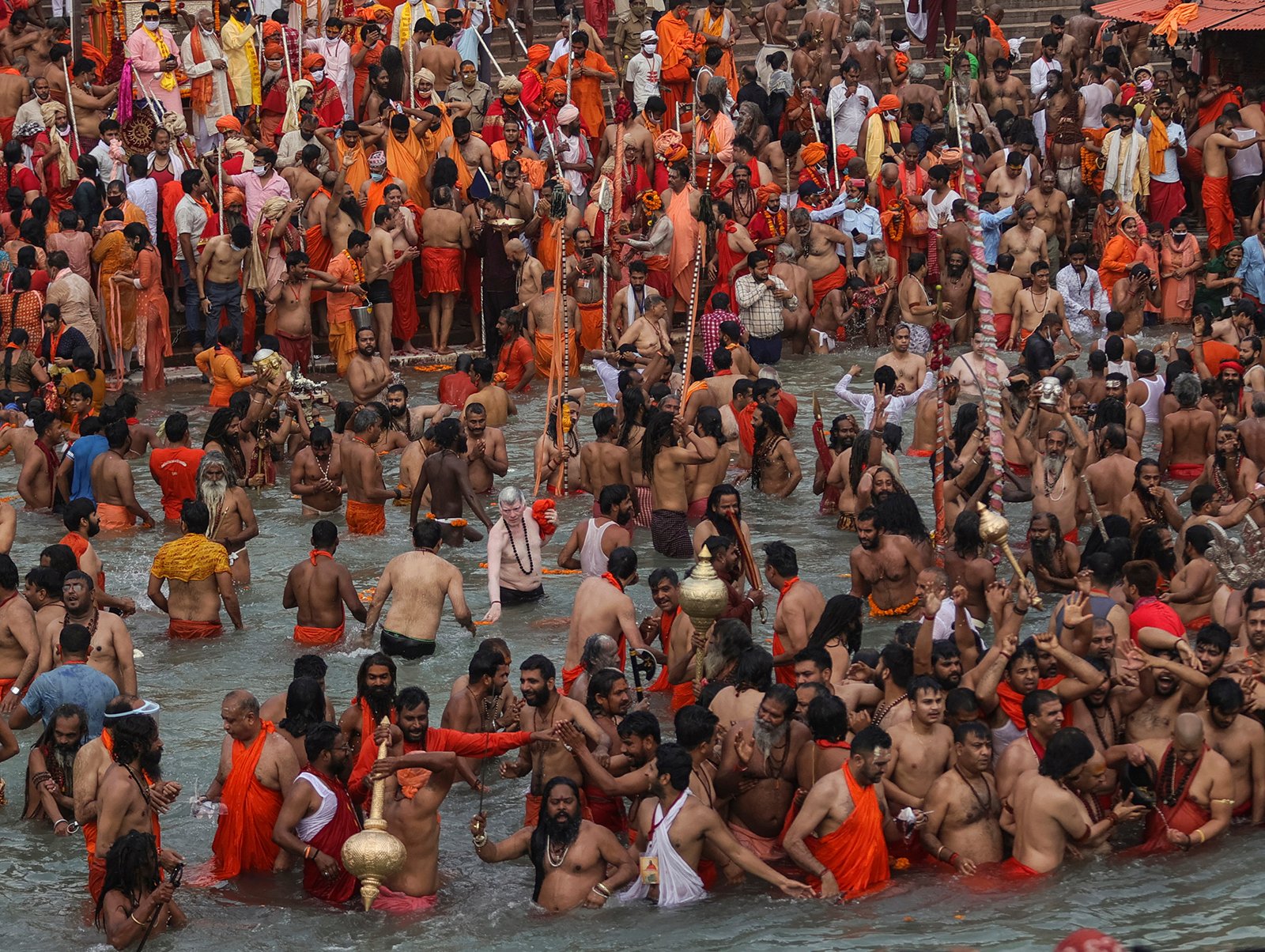 Devotees take holy dips in the Ganges River during Kumbh Mela, or pitcher festival, one of the most sacred pilgrimages in Hinduism, in Haridwar, northern state of Uttarakhand, India, Monday, April 12, 2021. Tens of thousands of Hindu devotees gathered by the Ganges River for special prayers Monday, many of them flouting social distancing practices as the coronavirus spreads in India with record speed. (AP Photo/Karma Sonam)

America’s leadership is uniquely positioned among world leaders to influence India, which is why religious freedom advocates in the U.S. are often befuddled and frustrated by our political leaders’ inaction and ineptitude.

The Biden administration pledged emergency aid to help India fight the outbreak on April 26, which is laudable. But the offer of assistance came with no assurances of equitable distribution to Indian citizens. Modi’s government exploited the loophole, and more than 80,000 Indian families have already been excluded from state-sponsored relief solely because of their religious identity.

The routine suppression of religious freedom in India continues unabated, but the Biden administration seems tongue-tied, if not uninterested.

Earlier this year, India was listed as No. 10 on the 2021 World Watch List, a comprehensive ranking of global religious freedom conditions published by Open Doors USA. Just last month, the U.S. Commission on International Religious Freedom recommended that India be blacklisted due to “a drastic turn downward, with religious minorities under increasing assault.” Biden’s State Department has completely ignored the commission’s recommendation.

When Rabbi David Saperstein was named to that post in 2014, then-Vice President Biden was the administration official chosen to call and congratulate him first. Now-President Biden seems to undervalue the importance of this badly needed post, refusing to nominate a replacement. Filling this vacancy would be an important first step in holding violators such as India to account.

India’s constitution offers democratic protections for its citizens. The Biden administration can act by merely requiring Prime Minister Modi to adhere to these commitments. We can, for example, negotiate for the repeal or reform of anti-conversion laws in order to maintain India’s strong standing in the world economy. And President Biden can urge criminal consequences for those who carry out acts of violence on the basis of caste, religion, sex, national origin, or other protected classes.

Allowing India to remain unchecked on human rights violations, and even rewarding them with financial aid in the meantime, is not just bad politics. It’s immoral. President Biden should make good on his campaign promises by prioritizing religious freedom and human rights protections in trade, aid and diplomatic negotiations — starting with the world’s largest democracy.

(David Curry is president and CEO of Open Doors USA, which advocates on behalf of those who are persecuted for their Christian faith. Follow on Twitter @OpenDoors.)

(For more than 60 years, Open Doors USA has worked in the world’s most oppressive and restrictive countries for Christians. Open Doors works to equip and encourage Christians living in dangerous circumstances with the threat of persecution and equips the Western church to advocate for the persecuted. Christians are one of the most persecuted religious groups in the world and are oppressed in at least 60 countries. For more information, visit OpenDoorsUSA.org.)