(RNS) — Russell Moore, who recently resigned as the Southern Baptist Convention’s chief ethicist, has also moved on from the nation’s largest Protestant denomination personally, attending a Tennessee church that is not affiliated with the SBC.

“We want to be a home base for Dr. Moore and his family as he serves the body of Christ at large,” Tims said in a video posted on Twitter. “So this position is not primarily about what Dr. Moore can offer to us as much as it is what we can offer to him, namely, a gospel culture from which and in which to serve the Lord.”

Immanuel Nashville is a conservative evangelical congregation that is affiliated with the Acts 29 church planting network. It is not a Southern Baptist congregation, said Scott Thomas, executive pastor of the multiethnic church that has 1,000 congregants.

“However, all Acts 29 churches are autonomous and cannot be lumped into one genre, culture, or style,” Thomas added. “Immanuel Nashville is self-governed and has a distinctive gospel culture, which may not reflect an overly generalized Acts 29-type church.”

The church believes that only “qualified men” should be in leadership roles and that “Scripture does not permit any sexual activity outside of the lifelong covenantal union of one man and one woman as husband and wife.”

Moore’s additional separation is just the latest development in a denomination that has been riven over issues of race, gender and politics. Beth Moore, an influential Bible teacher who is not related to Russell Moore, told Religion News Service in March that she is “no longer a Southern Baptist.”

Russell Moore resigned as president of the SBC’s Ethics and Religious Liberty Commission in May and will join prominent evangelical magazine Christianity Today as a full-time public theologian. 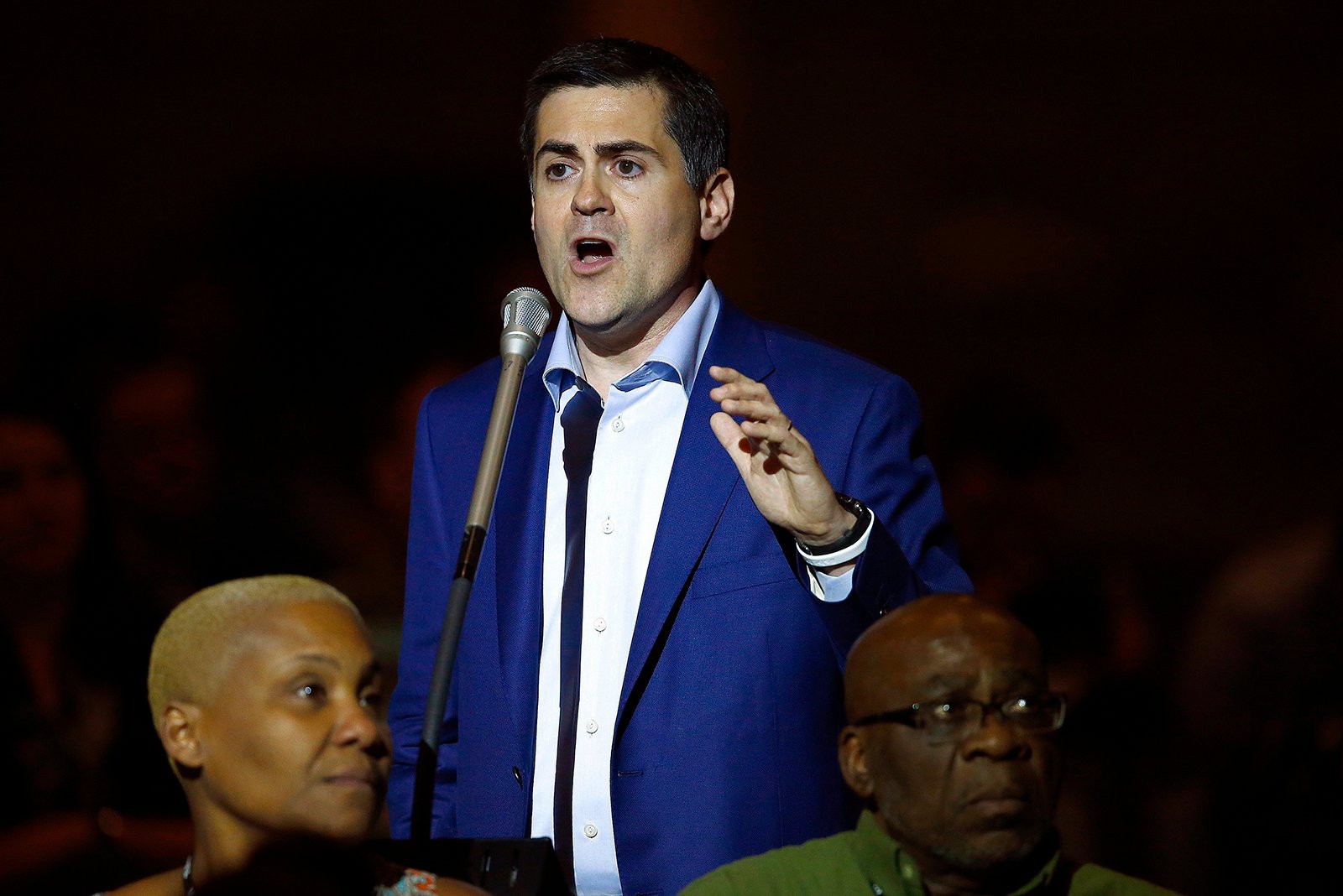 In this June 14, 2017, file photo, Russell Moore, then-president of the Ethics and Religious Liberty Commission, speaks at the Southern Baptist Convention annual meeting in Phoenix. At an SBC meeting in late February 2021, there was a report by an executive committee task force criticizing the widely respected leader of the SBC’s public policy arm. Among the grievances against Moore: his outspoken criticism of Donald Trump during Trump’s 2016 election campaign and his presidency. (AP Photo/Ross D. Franklin)

Both Russell Moore and Beth Moore faced criticism for comments they made about Donald Trump before and after he became U.S. president.

In 2015 Russell Moore said Trump was not fit for the office, calling him an “arrogant huckster” who was unfit for office. Trump responded by calling Moore “a nasty guy with no heart.”

Both Russell Moore and Beth Moore have also been outspoken on the need for Southern Baptists to address matters of abuse and race, and in a recently leaked letter, Moore wrote a year before his departure from the ERLC that race and gender loomed larger than politics in denominational debates about his work.

In 2019, Moore helped the ERLC develop a “Caring Well” initiative to help train churches to prevent abuse and assist survivors. The Rev. Marshal Ausberry Sr., president of the National African American Fellowship of the SBC, recently told RNS that Moore has “been a very positive force in the convention and sometimes even the conscience of the convention in the area of race relations.”

“Russell Moore is a man of tremendous integrity who has proven that his faith is not tethered to the changing winds of American politics or cultural trends,” he said.