(RNS) — The chairman of the Southern Baptist Convention’s Executive Committee plans to call for an independent investigation into the committee’s handling of sexual abuse claims when it meets next week in Nashville, Tennessee.

Rolland Slade, pastor of Meridian Baptist Church in El Cajon, California, said he would also support a proposal from two Southern Baptist pastors for an investigation, which will likely be raised during the denomination’s annual meeting June 15-16.

“It’s never the wrong time to do the right thing,” he said.

Russell Moore, who recently resigned as the president of the SBC’s Ethics and Religious Liberty Commission, has accused Executive Committee leaders of mishandling claims of abuse.

In letters leaked recently, Moore accused Georgia Baptist pastor Mike Stone, a former chairman of the Executive Committee and current nominee for SBC president, of trying to “delay the formation of a credentials committee to assess churches reported to be mishandling sexual abuse.” Moore also said he had been in meetings with SBC leaders where abuse survivors were referred to as “crazy” and were compared to Potiphar’s wife — a reference to a Bible story where a woman made a false accusation of sexual assault.

The Georgie pastor has long been a critic of Moore and chaired a task force that labeled Moore and the ERLC as a “significant distraction” to the denomination’s work. 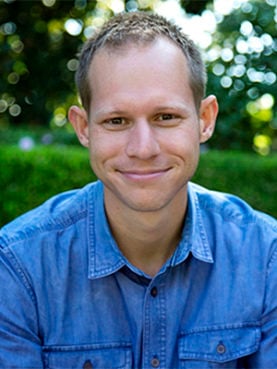 Jared Wellman, pastor of Tate Springs Baptist Church in Arlington, Texas, and a member of the SBC Executive Committee, is concerned with how Baptist leaders have handled accusations of abuse. He said Baptist leaders have failed to listen to abuse survivors and he wants to see an independent investigation.

Wellman worries some Baptist leaders may want to set up an internal task force to look at the matter. That would be a mistake, according to Wellman.

“I think it is time for an outside investigation,” he said. “I think messengers from SBC churches deserve that — to help regain trust back in our Executive Committee.”

Rachael Denhollander, an attorney and abuse advocate who has advised SBC leaders in the past, said an independent investigation fits with Southern Baptist theology. Southern Baptists value truth and believe in repenting if they have done something wrong.

An independent investigation looks for truth and if there is wrongdoing, calls for repentance, she said. And if nothing was done wrong, an investigation will show that.

She suggests Southern Baptist leaders consult with experts in dealing with abuse before setting up a third-party investigation. That will help ensure the third party does a thorough job, she said. 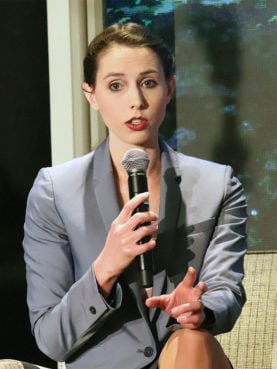 Denhollander served on an advisory task force set up by SBC President J.D. Greear to help the denomination deal with reports of sexual abuse revealed in a major investigation by the Houston Chronicle in 2019. She has also been critical of how the denomination has responded to abuse survivors.

That criticism earned the ire of D. August “Augie” Boto, a longtime staffer at the SBC’s Executive Committee. Boto, a now-retired vice president and general counsel of the Executive Committee, accused Denhollander and another activist of exaggerating the scope of abuse in the SBC and of being misled by a “misdirection play” of the devil.

“This whole thing should be seen for what it is,” he wrote in a 2019 email recently published by a Southern Baptist blogger. “It is a satanic scheme to completely distract us from evangelism.”

As an Executive Committee staff member, Boto long opposed calls for the creation of a database to track Southern Baptist pastors accused of abuse or any denomination-wide policies to deal with abuse — citing the autonomy of local churches.

In a move that concerned advocates for abuse victims, Boto testified on behalf of a Tennessee gymnastics coach who had been convicted of abuse during the coach’s appeal of his conviction. Boto also acknowledged in court, according to a 2018 ruling, that he had contributed to support the convicted coach’s defense.

A spokesperson for the Executive Committee said Boto’s actions happened under a previous administration.

Frank Page, the former president of the Executive Committee who resigned in 2018 due to a “personal failing,” said he was not aware of Boto’s “personal or professional intervention on behalf of a convicted abuser.”

“To hear of this has caused me a great deal of personal sadness,” he told Religion News Service in an email.

Asked about Boto’s involvement in a case regarding an abuser, the Rev. Ashley Easter, spokesperson for the “For Such a Time As This” rallies calling for SBC reforms on abuse, said that often the people in an abuse trial courtroom supporting the alleged abuser are church members and church leaders.

“It’s horrific to hear that money changed hands in support, and that there was support of the predator,” said Easter, who has helped run protests calling for a database of sex offenders within the denomination.  “But that’s kind of par for the course in these situations. Sadly, I’m not surprised but I am sickened.”

About 16,000 messengers are expected to attend the SBC’s meeting in Nashville. Among the topics for discussion will be an ongoing controversy over racism and Critical Race Theory and the continued decline of the nation’s largest Protestant denomination. The 14 million-member SBC has lost more than 2 million members since 2006.