(RNS) — Ann Russell Miller was not a woman of moderation.

A San Francisco socialite, Miller spent her early adult years chairing benefit galas, vacationing on yachts along the Mediterranean and amassing a designer shoe collection that, her son told the San Francisco Chronicle, made Imelda Marcos’ “look pitiful by comparison.”

She counted Nancy Reagan, comedian Phyllis Diller and Marie Gallo, of the well-known wine-making family, as friends, according to the Chronicle.

But more than 30 years ago, Miller took vows of silence and poverty to become Sister Mary Joseph at a Carmelite monastery in Des Plaines, Illinois.

Some wondered how long she’d last in an environment where sacred song was more common than speech, but Miller — a mother of 10 and grandmother to 28 — devoted the last long chapter of her life, from 1989 to 2021, to the convent. She died there Saturday (June 5) after a series of strokes at the age of 92.

The monastery did not respond to a request for comment, aside from saying it was in the middle of arranging funeral services to be held Wednesday.

Thousands of people, however, learned about Miller through a viral thread of tweets that her son Mark Miller sent out Sunday in her honor.

“She was kind of an unusual nun,” Miller tweeted. “She didn’t sing very well. She was frequently late to her required duties around the convent. She threw sticks for the communal dogs which was not allowed.”

She entered the monastery in Des Plaines, Illinois: Home of the first McDonalds. She preferred Dairy Queen. So that’s where she has been hanging out for the last 33 years. Making rosary beads out of flower petals and sleeping in her own cell. pic.twitter.com/ZcDMBnFmcJ

Mark Miller said he’d only seen his mother twice in the last 33 years, and even on those occasions double metal grilles separated them.

In her previous life, she smoked, drank and played cards. “She had a million and one friends,” her son wrote, adding that his own relationship with his mother was complicated.

To Donna Casey, Miller’s eldest daughter, her mother’s decision to join the convent made sense. “I think it was a good choice for her because moderation is not my mother’s middle name,” Casey told Religion News Service. “Everything was black or white — her church, her parenting, her everything.

“Unfortunately, most of her children live in kind of gray areas. She would have been miserable here trying to control everybody and do everything,” Casey added, making clear that she wasn’t speaking for her entire family, but only as she saw her mother. “She chose to remove herself from that angst in a way.” 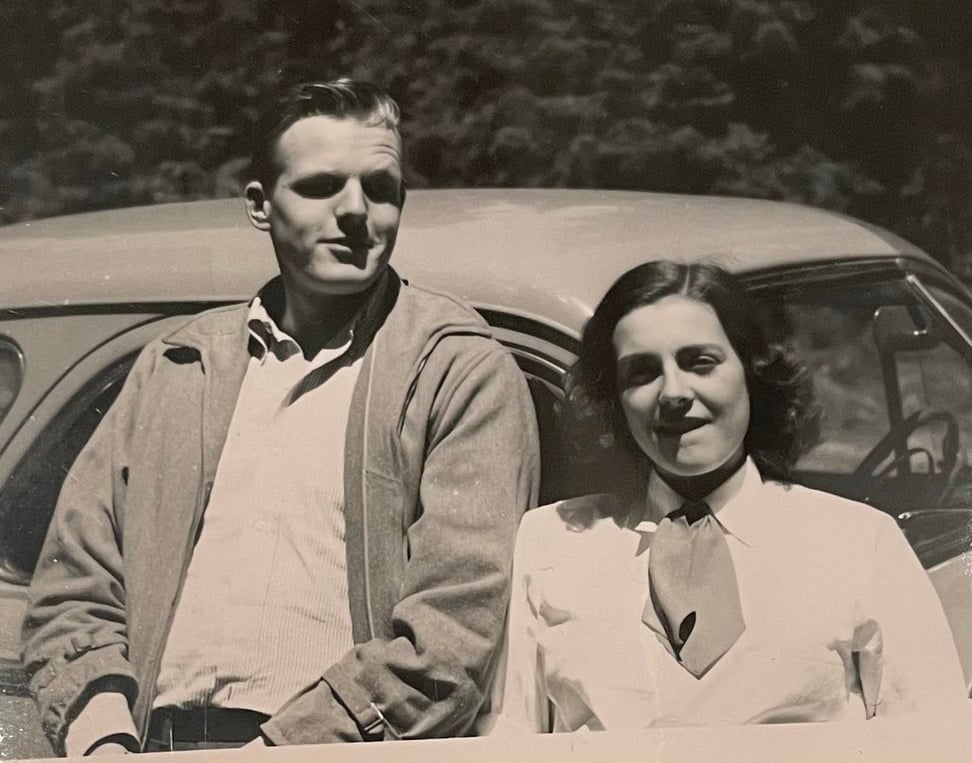 Miller was born Mary Ann Russell. Her father was the chairman of Southern Pacific Railroad. At age 20, she married Richard Kendall Miller, whose father, according to news reports, founded what became Pacific Gas and Electric, or PG&E.

She attended the exclusive Spence School in New York before attending Mills College, according to a death notice. “A tireless fund-raiser and do-gooder,” as described by the Chronicle, Miller founded the Northern California chapter of the Achievement Rewards for College Scientists and went on to simultaneously serve on more than 20 boards.

Five years after the death of her husband, Miller threw herself a well-documented farewell party with 800 guests before beginning a life of “strict enclosure” and “contemplative prayer.”

Miller addressed her guests, according to a 2005 Chronicle story, saying, “The first two-thirds of my life were devoted to the world. … The last third will be devoted to my soul.”

Miller came from a religious Catholic household, with her mother converting to Catholicism when marrying Miller’s father. When Miller and her husband, Richard, married, Casey said, “They commenced their Catholic life” together. 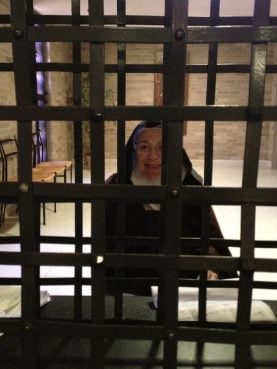 Sister Mary Joseph behind a divider during a visit. Photo courtesy of Mark Miller

They were mostly Sunday Catholics and celebrated the high holy days, but Miller’s faith deepened when Casey’s son became ill and needed an operation.

“My mother made a deal with somebody that if he survived the operation, she would go to Mass every day for a year,” Casey said.

“I think that’s what started her daily attendance at Mass. She loved to travel and often she would take the priest with her so she wouldn’t miss Mass,” Casey said.

Casey recalled going to an Irish Catholic school in San Francisco. Half of her weekly allowance had to go toward the church.

“They ensured that we all went (to church). I would say today that probably 40% of us are practicing Catholic. They may have pushed too hard,” Casey said.

Miller’s strict interpretation of Catholicism was a matter of contention in the family. Casey said her mother wouldn’t acknowledge some of her children’s families because they didn’t marry within the church.

“She had grandchildren by some of those marriages, so I don’t get it,” Casey said.

Miller’s decision to join the monastery caused an uproar among her friends, Casey said.

“They hadn’t looked at their own spirituality or their own practice of … that your life here is a path to heaven,” said Casey. “I think that a lot of them were put off by her conviction that her faith was important to her and they didn’t want to look at their own lives in relation to that.

“If nothing else, my mother was a true Scorpio,” Casey said. “Boy oh boy — black and white, my way or the highway kind of person.”

Signs of the Times
Let’s celebrate the Epiphany with an eye on the future
Follow us on Facebook!
Submit your photos to RNS