(RNS) — As the U.S. Catholic bishops conduct their semiannual meeting virtually this week, the big question is whether they will approve a proposal to create a teaching document on the Eucharist that would deny the sacrament to politicians who support pro-choice policies. No one doubts that the proposal is directed at regular Mass-goer Joe Biden, the nation’s second Catholic president.

More significant than the proposal itself, however, is the fact that the leadership of the bishops conference has moved toward it in the face of Vatican opposition, expressed in a go-slow letter from the Congregation for the Doctrine of the Faith to the USCCB president, Archbishop José Gomez of Los Angeles, last month.

“The idea that very direct warnings and guidance from the Vatican would simply be seen as an advisory opinion was not part of my experience,”  John Carr, policy adviser to the bishops from 1987 to 2012, told the National Catholic Reporter’s Christopher White, adding that for them, Pope Francis has become “just one voice among many” and now “the question is not whether I agree with the pope but whether the pope agrees with me.”

In modern times, such readiness to dismiss papal teaching has indeed been extraordinary. In his magisterial “Saints & Sinners: A History of the Popes,” Eamon Duffy titles the section on the popes of the 20th century “The Oracles of God.”

This oracular status was, ironically, the result of their loss of temporal power in the 19th century. Forced to cede their lands and much of their income to the secular powers, the popes established a degree of control over the church that they had never before enjoyed — from control of episcopal appointments to doctrinal authority that could rise to the level of infallibility.

Where once Catholic monarchs decided much of what happened in the church, by the 20th century the pope’s “spiritual role and symbolic power” had grown, Duffy writes, “to dizzying heights.”

Now that era appears to be coming to an end, for the U.S. bishops’ proposal on the Eucharist is but the latest example of Catholic resistance to papal direction.

Conservatives in the church have been unsettled by Francis ever since his famous “Who am I to judge?” remark about gay people shortly after he assumed the papacy in 2013. But outright resistance can be dated from his opening the door to Communion for the divorced and remarried, and specifically from the letter effectively charging Francis with heresy that was issued in 2016 by four semiretired cardinals, led by uber-conservative Cardinal Raymond Burke. 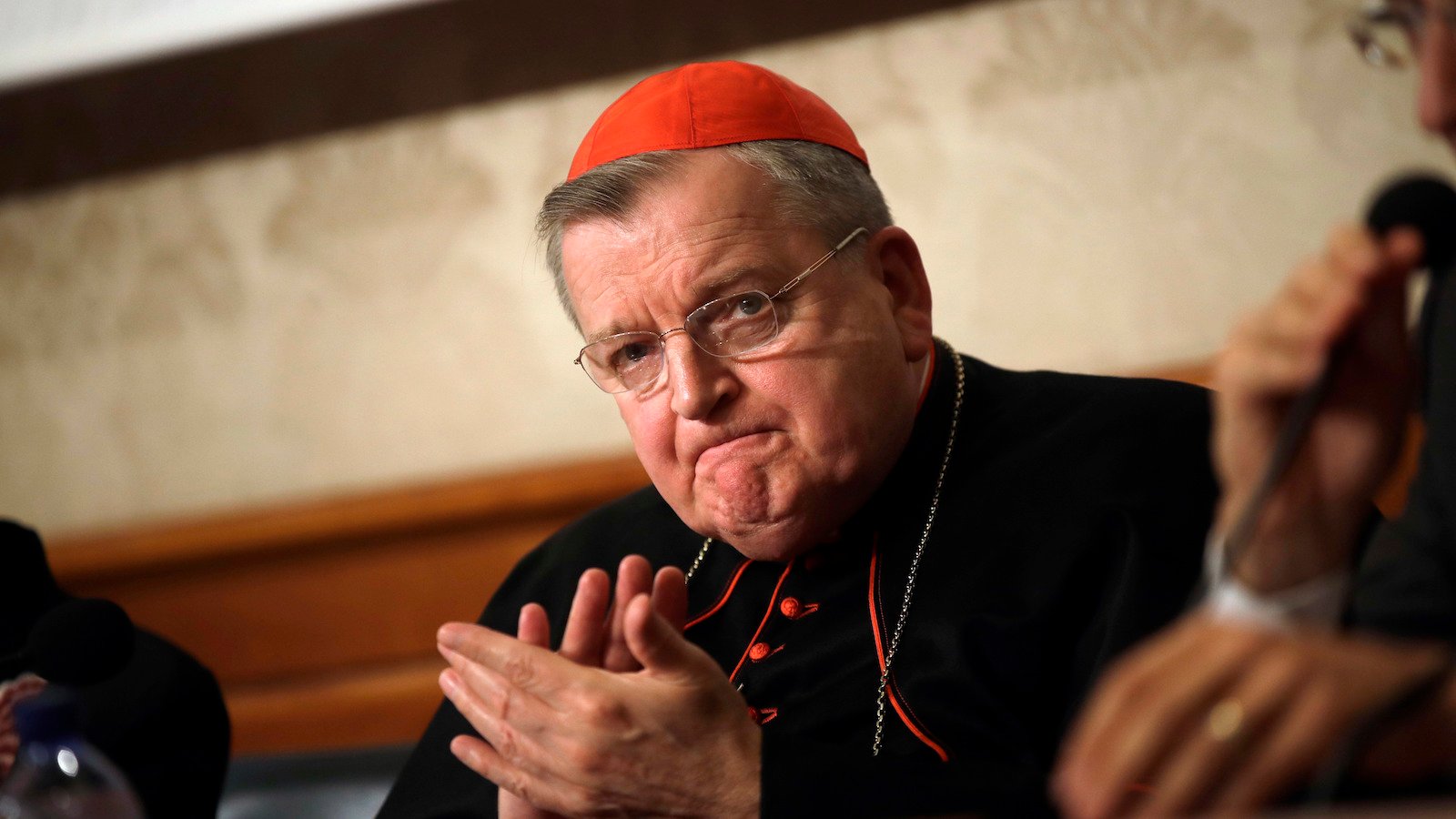 Similarly, after Francis revised church doctrine to deny the legitimacy of the death penalty under any circumstances, Burke (whom Francis had removed as head of the Vatican’s top judicial body) put out a “Declaration of the truths relating to some of the most common errors in the life of the Church of our time,“ which insisted that capital punishment was licit under church law.

To be sure, Burke’s position was not embraced by the U.S. bishops’ conference. But when Attorney General William Barr — past Knights of Columbus board member and recipient of the right-wing National Catholic Prayer Breakfast’s 2019 “Christ’s Lay Faithful” award — lifted the long-standing moratorium on federal death penalty executions that same year and ordered up one execution after another, the bishops’ response was tepid.

Tepid also characterizes the bishops’ response to “Laudato Si’,” Francis’ powerful encyclical on climate change. Since it was issued in 2015, the number of bishops who have made climate a major part of their teaching and advocacy agenda can be counted on the fingers of one hand.

And let us not forget former U.S. papal nuncio Archbishop Carlo Maria Viganò‘s discredited letter accusing  Francis of covering up former Cardinal Theodore McCarrick’s history of abuse and calling for Francis’ resignation. As the National Catholic Reporter’s White points out, the same American bishops who spoke up for Viganò are the ones behind the current push for a Eucharist document. Not that they are alone. Behind the anti-Francis bishops is a media ecosystem ranging from websites like Church Militant and The Catholic Thing to the EWTN television network, whose lead anchor, Raymond Arroyo, is also a regular on Fox News. There are, as well, organizations like the Acton Institute and the Napa Institute, which serve to mobilize wealthy Catholics around conservative policy positions.

The moral and financial strength of the bishops has been severely weakened by the abuse scandal. Money talks, and much of the money for the church and its institutions now comes not from ordinary parishioners but increasingly from rich conservatives.

The term for state control of the church in early modern times was Gallicanism, because it was in France that such control was most clearly articulated and most thoroughgoing. The term for the new post-oracular papacy might be Americanism, because America is where the authority of the pope is now most seriously called into question.

In the late 1890s, Pope Leo XIII condemned as heretical an Americanism that embraced separation of church and state and equal status of all religions — a position the church was still decades away from endorsing. The new Americanism is manifested in libertarian capitalism and a narrow moralism that has little commitment to the common good.

Though progressive on economic policy (he favored labor unions), Leo XIII was an authoritarian who believed in centralized, hierarchical control of Catholic life. By contrast, Francis is advancing a philosophy of synodality, which looks to the entire body of the faithful to work out church policy country by country.

Thus far Francis has done little to rein in the Americanism of his time. But his patience may not last for long.