(RNS) — U.S. Catholic bishops were locked in vigorous debate Thursday evening (June 17) over a politically charged proposal that would spur the creation of a document about the Eucharist that may speak to politicians who back abortion rights.

The more than two-hour debate during the second day of the annual spring meeting of the U.S. Conference of Catholic Bishops followed months of discussion among bishops, lawmakers and Vatican officials regarding the Eucharist and whether politicians who support abortion rights — particularly President Joe Biden, a vocal Catholic — should be denied Communion.

At the meeting on Thursday, Bishop Kevin Rhoades of Fort Wayne-South Bend, Indiana, who chairs the U.S. bishops’ Committee on Doctrine, attempted to steer the conversation away from politics to a broader consideration of the Eucharist. While introducing the proposal, he insisted the document it would create “was never considered … to be a statement about any one individual or about any one category of sinful behavior.”

But in the lengthy debate that followed, in which dozens of bishops delivered short speeches for and against the proposal, politics was a constant.

In voicing support for the document, Archbishop Joseph Naumann of Kansas City initially said abortion isn’t the only concern regarding a Catholic’s fitness for Communion, but he quickly returned to the topic.

“It’s not the bishops that have brought us to this point — it’s really, I think, some of our public officials,” he said, noting that Biden talks about abortion as a right.

“This is a Catholic president that’s doing this, the most aggressive thing we’ve ever seen in terms of this attack on life — when it’s most innocent,” he said.

Similarly, Bishop Thomas Daly of Spokane, Washington, expressed support for creating the document, insisting it is needed to “clarify” the bishops’ position and “speak the truth in humility and charity.”

“Why? Because we are the shepherds and teachers of these elected officials,” he said.

In expressing his own support for the proposal, Bishop Donald Hying of Madison, Wisconsin, said he has spoken with Catholic laity who are “confused by the fact that we have a president who professes devout Catholicism, and yet advances the most radical pro-abortion agenda in our history.”

He argued that the bishops had come to “a moment to really speak about the power, the beauty of the centrality of the Eucharist,” adding that he prays for Biden and hopes the document could lead to “conversion on issues that are central to all of us, namely the dignity of life.”

However, a number of bishops spoke out against the drafting of the document, taking issue with its timing, content and method of creation.

Bishop Joseph Tyson of Yakima, Washington challenged Rhoades’ suggestion the document wasn’t narrowly focused, asking, “To what extent is this discussion really just about making a point on abortion, to the exclusion of other issues?” 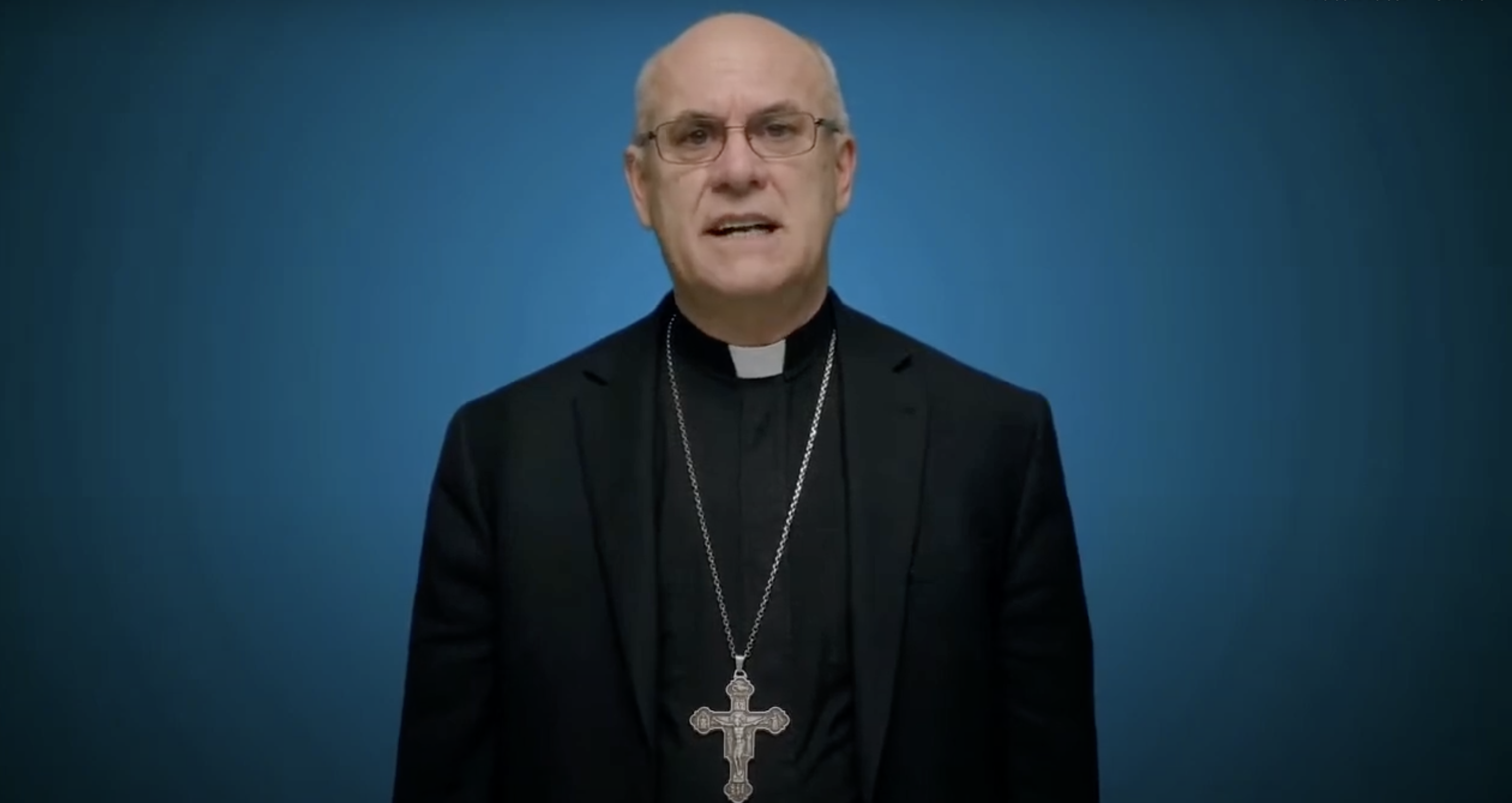 Rhoades responded by suggesting the document could discuss other issues as well.

“Even though a lot of the publicity has been about pro-abortion politicians, I think we would also look at, let’s say, someone who’s involved in human trafficking,” he said. “The scandal that would be created if someone publicly was involved in that, or was a leader in a white supremacist group or whatever, going up and receiving Holy Communion — obviously that would be problematic.”

But critics of the proposal appeared unmoved, and several alluded to a recent letter sent by a Vatican official to the USCCB’s president, Los Angeles Archbishop José Gomez, cautioning bishops to move slowly on the issue and encouraging them to dialogue with other conferences — things clerics noted have not yet occurred.

“Those who are insisting that we need to do it immediately really reveal what this is about: They want us to make statements to do something about politicians who hold positions that are contrary to our teaching,” said Cardinal Blase Cupich, archbishop of Chicago. “Let’s not fall into that trap.”

Some bishops recommended slowing the process by hosting regional meetings about the issue, and others homed in on a proposed section of the document involving “Eucharistic consistency,” which clerics warned could be perceived as partisan or political.

Among them was Bishop Robert McElroy of San Diego, who recently published an editorial railing against “weaponizing” the Eucharist. On Thursday, he warned that moving forward with the proposal could risk making the Eucharist “a tool in the vicious partisan turmoil,” and “a sacrament which seeks to make us one will become, for millions of Catholics, a source of division.”

Cardinal Joseph Tobin of New Jersey agreed, saying: “Any effort by this conference to move in support of the categorical exclusion of Catholic political leaders based on their public policy will thrust the bishops of our nation into the very heart of the toxic partisan strife, which has distorted our own political culture and crippled meaningful dialogue.”

He added: “Voting in the affirmative will produce a document, but not unity. … Our very identity as an episcopal conference calls us to vote no.”

Tobin was echoed by Cardinal Wilton Gregory of Washington, D.C., who has said for months that he plans to continue granting Biden Communion. Speaking of the proposal, Gregory declared: “The choice before us at this moment is either we pursue a path of strengthening unity among ourselves or settle for creating a document that will not bring unity, but may very well further damage it.”

RELATED: Boris Johnson and Britain are having their own Catholic crisis

Even so, Rhoades noted that “there is a special obligation of those who are in leadership because of their public visibility.”

Bishops cast their digital ballots for the proposal, which requires a simple majority to move forward, on Thursday evening. The results will be announced on Friday afternoon.