(RNS) — Union General Gordon Granger arrived in Galveston, Texas, on June 19, 1865. Granger delivered General Orders No. 3, which read, “The people of Texas are informed that, in accordance with a proclamation from the Executive of the United States, all slaves are free. This involves an absolute equality of rights and rights of property between former masters and slaves, and the connection heretofore existing between them becomes that between employer and hired laborer.”

This news came two months after Gen. Robert E. Lee’s surrender at Appomattox and more than two and a half years after President Lincoln’s Emancipation Proclamation.

Celebrations spread quickly among the formerly enslaved, who marked June 19 variously as Emancipation Day, Liberation Day, Freedom Day and Jubilee Day, until it became commonly known as “Juneteenth.” The early Juneteenths were marked by praying and reuniting families and, as the festivities grew, parades, singing and reading of General Order No. 3.

Beyond celebrating, what would recently freed African Americans use their freedom to accomplish? Many started new churches.

Those early efforts to establish Black-led congregations were sometimes met with opposition and usually with stifling white oversight. As historian Albert J. Raboteau noted in “Canaan Land,” “Between 1790 and 1820, black Episcopalians, Methodists, Baptists, and Presbyterians founded churches and struggled with church leaders to exercise varying degrees of independence from white control.”

Over the next 30 years, the AME church spread both south and north. By 1846 the AME church boasted 17 traveling ministers and 8,000 members in the South. Between 1840 and 1844, William Paul Quinn added another 72 congregations, 47 churches, 17 camp meetings, and 50 Sunday schools in Ohio, Indiana, Michigan, Illinois, Kentucky and Missouri. 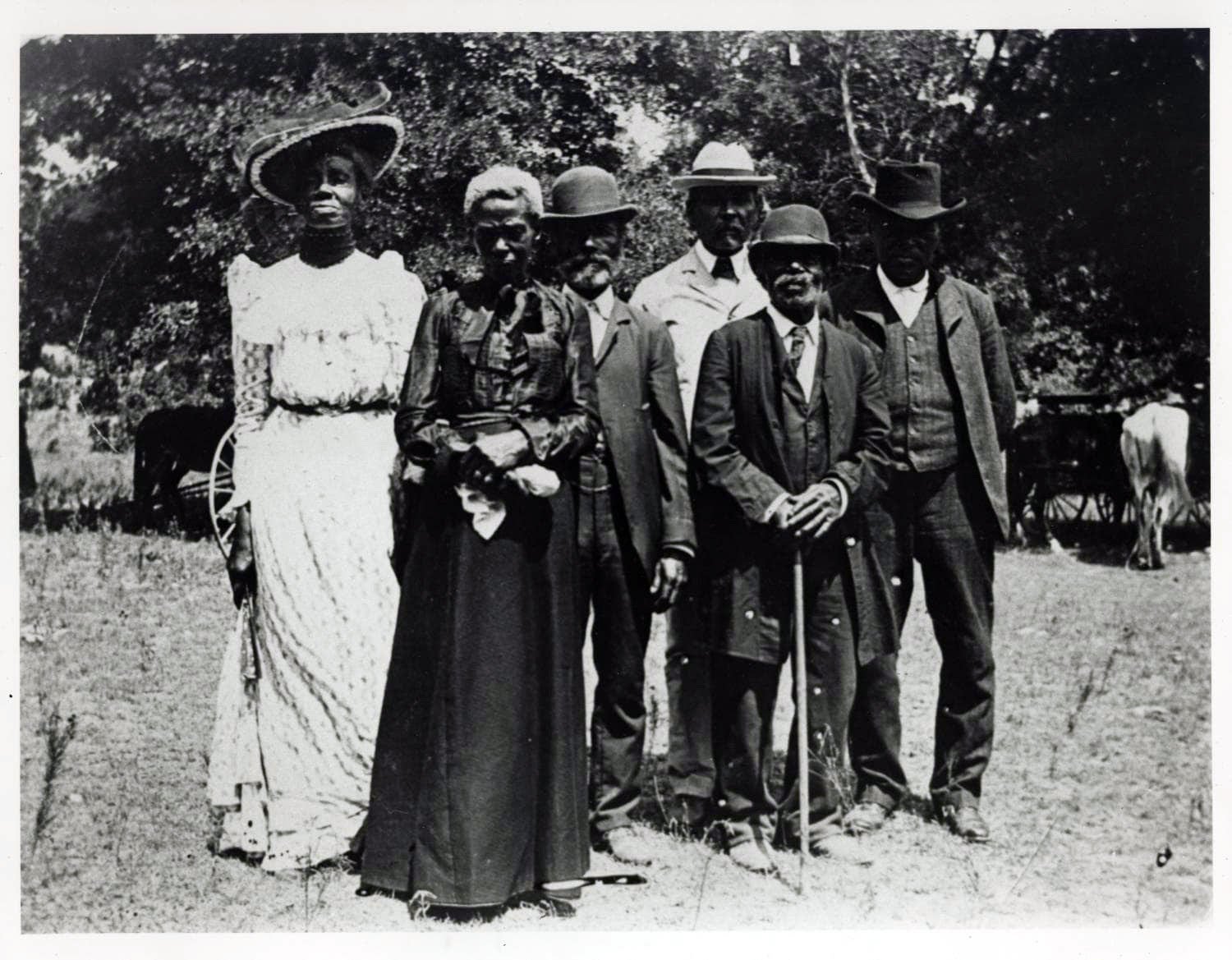 The June 19 announcement opened even wider horizons for Black churches. Historian Albert J. Raboteau notes, “between 1860 and 1870 the AME Zion Church increased in membership from 27,000 to 200,000, with the great bulk of its growth in the South. By 1880 the AME Church had grown to 400,000 members, most of them Southern Blacks. But by far the largest institutional growth was achieved by the Black Baptists, and it did not require missionaries from the North” (emphasis added).

Black Christians were determined to use their newfound freedom to start new gospel congregations.

The accelerated planting of Black churches coincided with a rapid decline of Black membership in predominantly white churches. Raboteau writes, “(B)lack Baptists swarmed out of Southern Baptist Churches. To take one example, in 1858 the Southern Baptist Conference in South Carolina counted 29,211 Black members; in 1874 there were 1,614.”

Other denominations experienced the same. “In South Carolina, the Black membership of the Southern Methodists fell from 42,469 in 1860 to 653 in 1873.”

As Southern Baptist historian Greg Wills wrote in “Democratic Religion,” “By 1880, the exodus of African-Americans from white churches was largely complete.”

Today, we’re witnessing another wave of African American withdrawal from predominantly white Christian spaces. It began as “a quiet exodus” leading into the 2016 presidential campaign year. But following the murders of Breonna Taylor, Ahmaud Arbery and George Floyd, the quiet exodus became a #LeaveLoud movement.

Some are using their newly discovered freedom from evangelical strictures to revive church planting in predominantly Black and brown neighborhoods.

Independency was both a logical result of freedom and an urgent necessity. The benevolence of white patrons often came with strings attached, and African Americans had few others to rely on. Not until after Emancipation did some white Christian allies begin to significantly aid Black Christians in church planting, missions and education.

For example, several historically black colleges and universities were founded in cooperation with white churches, including Shaw University in 1865, Fisk University in 1866, Morgan, Morehouse and Talladega Colleges in 1867, and Hampton Institute in 1868. These were added to Black-founded schools such as Morris Brown in 1885 and Livingstone College in 1879. Black and white Christians, clearly, were able to do more together than they were apart.

These partnerships proved that true solidarity was not and is not paternalistic. Where such solidarity existed, it not only spawned new churches but gave rise to independent Black institutions that addressed the material needs of neglected and disadvantaged people.

But we struggle with such solidarity today. Too many Christians have come to think of multiethnic churches as an ideal. They don’t see the necessity for independence and erase any sense of unique needs and missional realities. Genuine solidarity allows the energies and ideas of marginalized communities to take center stage.

According to recent research by Barna and the Racial Justice and Unity Center, 27% of Black Christians report feeling pressure to give up some aspect of their identity to “fit in,” and 33% say it’s difficult to move into leadership in multiethnic churches. Worshipping in multiethnic congregations does not automatically produce solidarity. 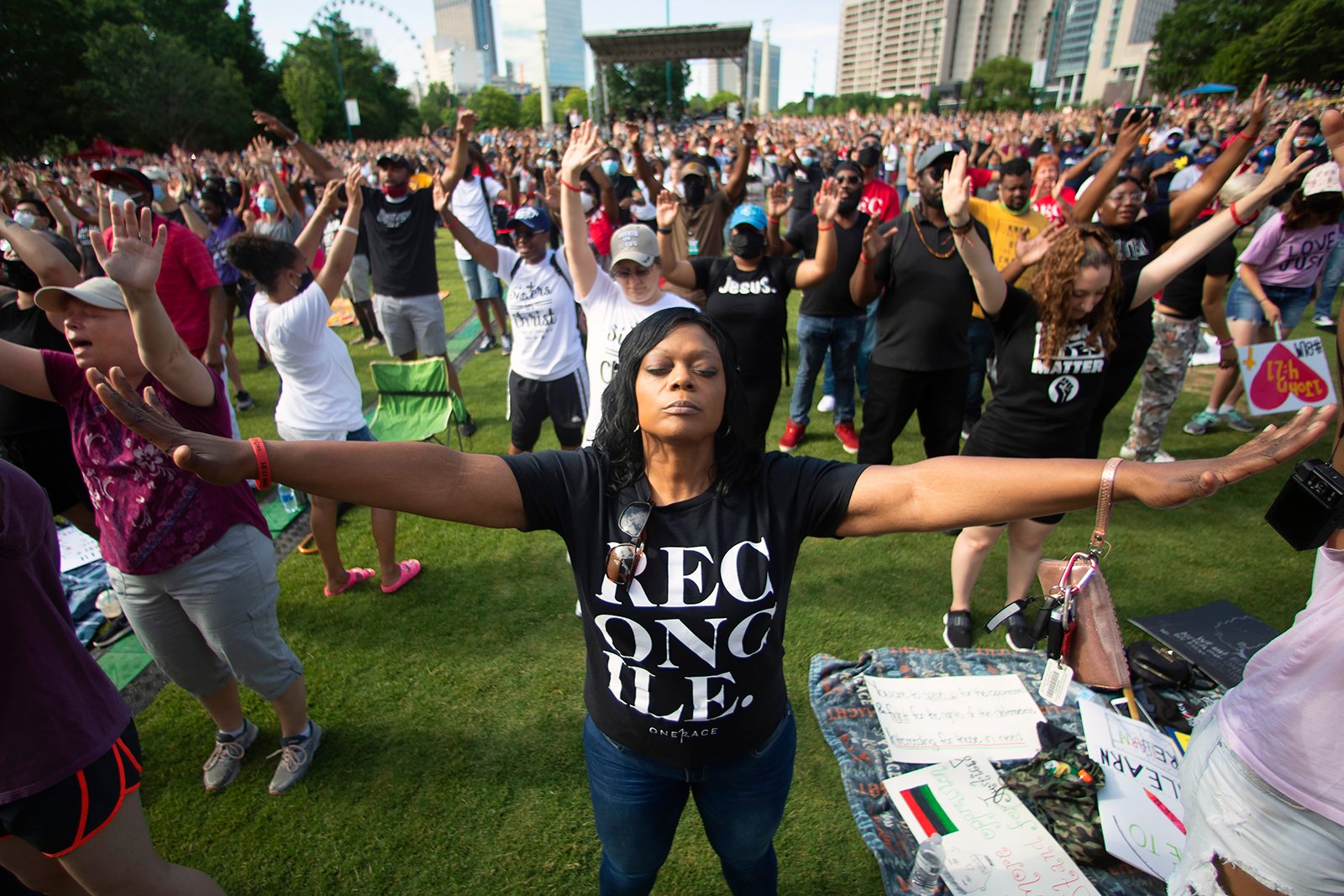 A woman prays during an event hosted by OneRace Movement at Atlanta’s Centennial Olympic Park to commemorate Juneteenth on June 19, 2020. OneRace Movement, a religious organization, hosted the event in an effort to call for change and unify across races, classes, denominations and culture. (AP Photo/John Bazemore)

Black and brown communities need the freedom to plant gospel-preaching, neighbor-loving, justice-seeking churches responsive to their own contexts and needs, free from the white gaze.

Such an effort need not be a separatist movement. Black Christian history teaches us that it is possible to work on separate fronts while supporting one another in the same war. As Greg Wills observed: “(B)lacks did not seek to alienate themselves from white Baptists. On the contrary, they considered themselves members of the same denominational family as the white Baptists, despite their separate organizations.”

It takes the entire church to reach the entire world. The Christian church can do more together than we can apart — if by “together” we mean that kind of solidarity that avoids paternalism and trusts others to take the lead in their communities.

Today, much can be done to improve Black and brown freedom to plant churches. Take, for instance, addressing funding disparities. In 2019, LifeWay Research reported that the average amount of outside financial support for all non-Hispanic church plants was $43,514. That number was less than a third of that for Hispanic church plants, averaging only $12,863.

In 2013, LifeWay found that African American plants on average received just $21,818 in outside support.

The report on Hispanic church planting framed the disparity as Hispanic churches “doing more with less.” To be sure, our brothers and sisters have an ethic of resilience and stewardship. But resilience is not an apologetic for neglect. Most church plants do not locate in predominantly Hispanic, low-income neighborhoods, and many historic churches in those neighborhoods face significant difficulty keeping the church open.

How much spiritual and material stress might be alleviated and how much farther might the gospel advance if the support gap were closed instead of romanticized?

The typical approach to funding new churches assumes congregations should be funded entirely by member contributions within three to four years. That assumption appears nowhere in the Bible and does not consider funding disparities or depressed household incomes in poorer neighborhoods. In some cases, church planting organizations are giving less money to Black and brown church planters who serve communities with less income while insisting they establish healthy churches with less time than needed.

We need to rethink our funding strategies for ethnic churches — especially those in distressed communities. Less money plus less income plus less time equals less freedom to do the hard gospel work needed in neglected areas.

But is the challenge solely a financial one? 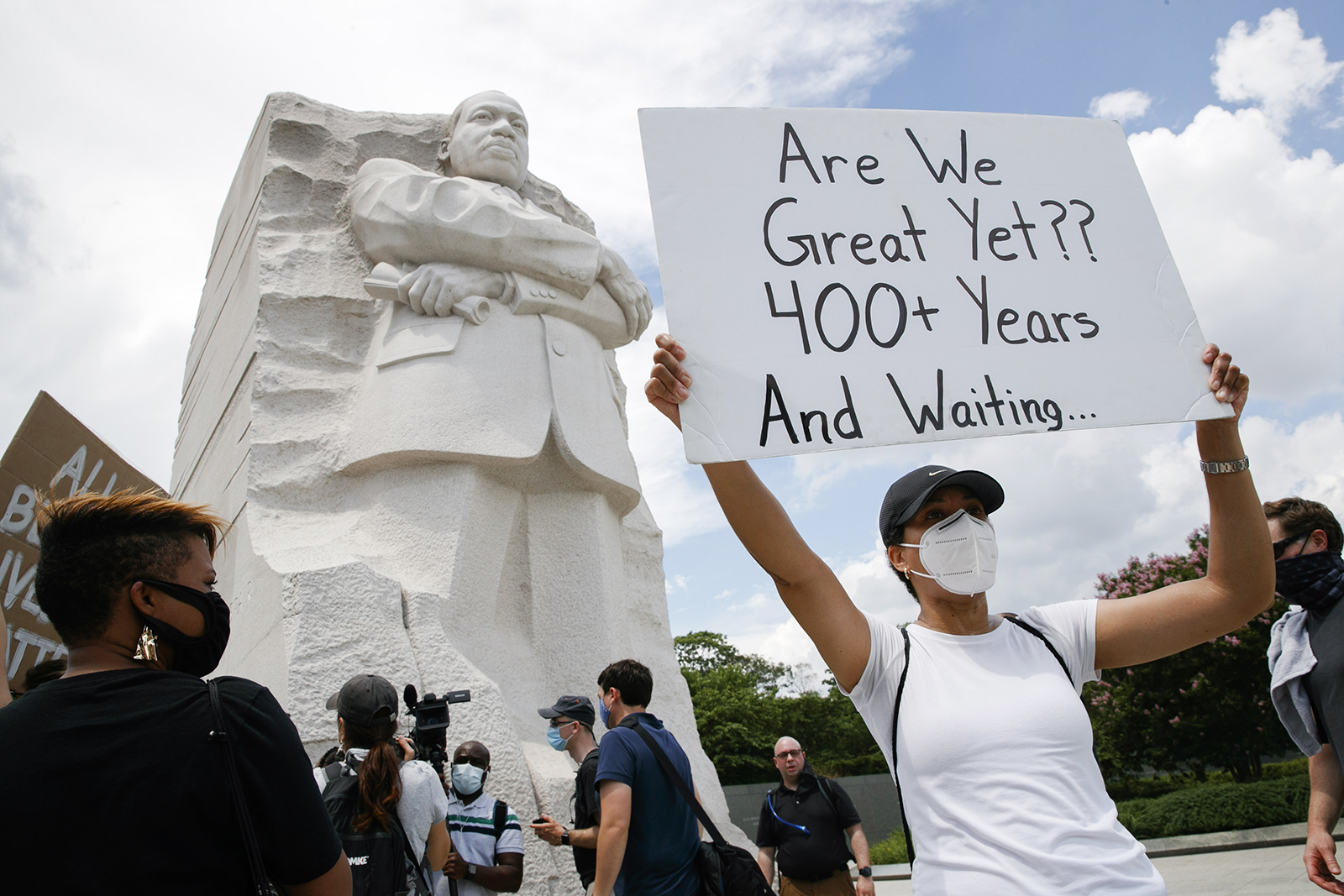 Kimya Hogarth, of Silver Spring, Maryland, holds a sign during a protest in Washington, D.C., at the Martin Luther King Jr. Memorial on June 19, 2020, to mark Juneteenth, the holiday celebrating the day in 1865 that enslaved Black people in Galveston, Texas, learned they had been freed from bondage, more than two years after the Emancipation Proclamation. (AP Photo/Jacquelyn Martin)

If we’re honest, we must admit that too much of today’s Christian ministry — including church planting — is fueled by market forces rather than spiritual forces. Market forces are at work in the personal qualities emphasized (i.e., “entrepreneurial leaders”), the metrics used (i.e., “self-sufficiency”) and the locations served. Most “urban” churches exist in gentrified and redeveloped portions of cities, not in what used to be called “inner cities” or “ghettos.” Why is that?

In church planting, two basic factors seem to drive where we locate new churches. First, we appear to locate new churches in neighborhoods where they can be “sustainable” (i.e., maximize profit). Concern for sustainability pushes most new plants to wealthier suburbs or trendy redeveloped sections of cities.

Second, we appear to locate new churches where church-planting pastors “feel called.” But what if sometimes “feel called” is a proxy for utility or happiness? Wherever that happens, market forces may be diverting gospel work away from needier areas toward areas of affluence and comparative ease.

Church planting and gospel ministry are not about “maximizing profit” or about maximizing “individual happiness.” The Great Commission calls Christians to make disciples among all people — including the people across town in neglected neighborhoods.

If we maximize profit and happiness, seldom will we take the gospel to poor, marginalized communities of “others.” We will have lost our “freedom to plant” to unseen market forces that prioritize “success” and “comfort” over loving our neighbors in difficult circumstances — the kind of people who on June 18 had not yet imagined the freedom to come on that first Juneteenth.

We need an approach with a specific focus on unreached and unengaged communities typically neglected in most church-planting work. We need to change our models so that the most vulnerable and neglected receive a greater share of our attention and effort.

This requires freedom to plant churches without the unwarranted restrictions of outside groups and without the hidden market forces that lure teams away from difficulty toward ease.

Freedom to plant requires a gospel motivation rather than a market motivation and a solidarity ethic rather than a control ethic. This kind of freedom will require new funding models that rely not on individual social capital but on pooled resources directed toward greatest need.

We have a tremendous example to emulate. For whether burdened with the restrictions of slavery and segregation or blessed with the opportunities of Emancipation, Black Christians sought freedom to plant gospel-preaching, neighbor-loving, justice-seeking churches among the poor across the land. We should join that work today.

(Pastors Thabiti Anyabwile and John Onwuchekwa are two of the founders of Crete Collective, a new church-planting network focused on planting and revitalizing churches in Black and brown communities across the U.S. Pastor Anyabwile also pastors at Anacostia River Church in Washington, D.C., and Pastor Onwuchekwa pastors Cornerstone Church in Atlanta. The views expressed in this commentary do not necessarily reflect those of Religion News Service.) 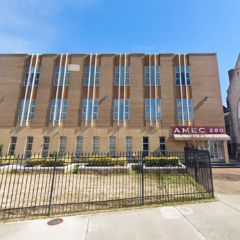