(RNS) — A Palestinian man has appealed to Pope Francis to intercede with the Israeli government to release his son, a humanitarian worker with a Christian aid organization, who has been in jail for more than five years on what the father maintains are manufactured charges.

Khalil al Halabi, a former head of education at the U.N.’s refugee agency in Gaza, wrote on June 23 to the pope, asking him to raise the case of Mohammad el Halabi, who has faced 163 court hearings since 2016 without any resolution.

In his letter, Khalil al Halabi related how impressed he was when Francis washed the feet of 12 prisoners on the eve of Easter in 2013. “We have watched your humility from your first days as Pope when you washed the feet of a Muslim prisoner.” 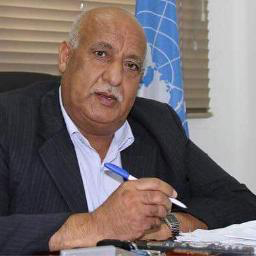 Al Halabi quoted the Prophet Amos in seeking justice for his son: “Let justice roll down like waters, and righteousness like an ever-flowing stream.”

Mohammad el Halabi, 44, the former manager of operations in Gaza and the West Bank for World Vision, was arrested in 2016 as he returned from Jerusalem. He has been accused of transferring $7.2 million to Gaza’s governing party, Hamas, which Israel and other countries have branded a terrorist organization.

At the time, World Vision responded that its Gaza programs “have been subject to regular internal and independent audits, independent evaluations, and a broad range of internal controls aimed at ensuring that assets reach their intended beneficiaries and are used in compliance with applicable laws and donor requirements.”

World Vision, independent auditors and the Australian government, which had donated to World Vision’s operation in Gaza, have since investigated the charges and found no proof of the Israeli claim. World Vision has pointed out that the amount in question exceeds its budget for Palestine over the past decade and that el Halabi’s personal signing power didn’t exceed $15,000.

According to his lawyer, Maher Hanna, Israeli prosecutors have not presented credible evidence and have repeatedly offered a plea bargain in return for a confession. “He refused all plea offers to insist that he is innocent and would not lie to get out of jail. He could have been home free years ago but he insisted on his innocence,” Hanna told Religion News Service.

The secretary-general of the United Nations, Antonio Gutierrez, has expressed ”serious concern” about el Halabi’s continued detention, as have Britain, the United States, Canada and human rights officials at the U.N. In 2014, the U.N. designated el Halabi “a humanitarian hero.”

Khalil al Halabi, reached by phone at his home in Gaza, said he is determined to return his son to his wife and five children. “A father knows deep down whether his son is innocent or guilty. I have raised my son to care for the poor and needy and I am certain of his innocence,” he told RNS.