JERUSALEM (RNS) World Vision, one of the world’s largest Christian humanitarian aid organizations, said it has “no reason … at this time” to believe that its operations manager in Gaza funneled tens of millions of dollars in donations to Hamas’ military wing, as Israeli security officials claimed.

The organization said in a statement Thursday (Aug. 4) it was “shocked” to learn that the Shin Bet, Israel’s domestic security service, had charged Mohammad El Halabi with providing support to Hamas.

The Shin Bet said in a statement that during interrogations over the past six weeks Halabi admitted to being a Hamas activist and using his position “to divert the humanitarian organization’s funds and resources from the needy to benefit of Hamas’s terrorist and military activities.”

The security agency said “tens of millions of dollars” in donations have funded weapons, “terror” tunnels into Israel, a Hamas military base and Hamas militants’ salaries.

Both the U.S. and Israel consider Hamas, which governs the Gaza Strip, a terror organization.

World Vision, whose worldwide budget is close to $3 billion, said the Gaza programs “have been subject to regular internal and independent audits, independent evaluations, and a broad range of internal controls aimed at ensuring that assets reach their intended beneficiaries and are used in compliance with applicable laws and donor requirements.”

The organization said that “based on the information available to us at this time, we have no reason to believe that the allegations are true.”

But Nitsana Darshan-Leitner, president of Shurat HaDin, an Israeli legal rights institute that provides representation and resources for victims of Palestinian terror attacks, said the Shin Bet’s charges should come as no surprise to World Vision’s leadership.

Darshan-Leitner said some of the assistance to Gaza by foreign aid organizations “is directly responsible for the murder of scores of Jews in Israel.”

World Vision, which has provided assistance to Palestinian children for four decades, said it will “carefully review any evidence presented to us and will take appropriate actions based on that evidence. We continue to call for a fair legal process.” 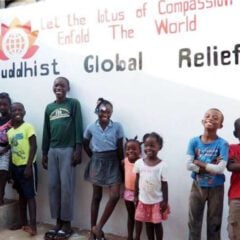 Opinion
The UN’s positions on Israel are not gospel. Why do Christians cite them?
Follow us on Facebook!
Submit your photos to RNS