(RNS) — The isolation of 2020 and 2021 compounded many traumas of Americans’ private and social lives. As communities of faith reopen their doors, faith leaders can see the toll that this pandemic has taken. In the polite social interactions or prayer requests, leaders are squarely facing a litany of losses due to illness, financial insecurity and political distrust. People of faith are still processing the other epidemics of police brutality and systemic racism.

But in small groups or in 1-to-1 pastoral care sessions, the fear of domestic violence and psychological aggression has crept into conversations and prayer requests.

Even by conservative estimates, this crisis of violence affects every faith community, and every faith leader. The recent growth in online resources available to clergy due to the pandemic has opened up conversations across faiths and countries about domestic violence and how to address it.

According to the Centers for Disease Control and Prevention, approximately 1 in 4 women and nearly 1 in 10 men experience sexual violence, physical violence or stalking by an intimate partner during their lifetime. Rates of domestic and intimate partner violence for those within LGBTQ communities are even higher.

In addition, an average of 24 people per minute are victims of rape, physical violence or stalking by an intimate partner in the United States — more than 12 million women and men during a single year.

As a consulting producer on a film series, “Healing the Healers: Domestic Violence,” I viewed many hours of candid conversations between colleagues who have been touched in some way by domestic violence, as spiritual care providers or as survivors themselves. Hearing the testimony of fellow faith leaders and educators brought home to me the critical role that clergy play in responding appropriately. I also experienced several uncomfortable moments when I realized my own ignorance in not recognizing abuse that was in plain sight when I served as a parish minister. The Rev. Tawana Davis, a survivor and the host of the film series, recalled advice she got from a trusted mentor: “Don’t let the Bible be the belt that beats you” — that is, be alert to ways that sacred texts have been misused to support violence. Our faith communities have so often been that belt.

In the series, educators and clergy grapple with the toughest questions facing faith leaders and care providers. What about forgiveness — what does it mean in the context of those who perpetuate violence? How does a faith leader respond to the entire family system, in order to keep a victim or survivor safe? When is marriage counseling a dangerous, even fatal, recommendation? How have clergy allowed silence and shame in even talking about the topic?

Today I direct the Odyssey Fellows program for Odyssey Impact, using the power of film to equip emerging faith leaders to lead brave and healing conversations on difficult civic issues. The issue of domestic violence was a crucial focus during this pandemic, one that these future faith leaders were inspired to tackle during their fellowship.

The group talked about the complex issues that emerge when a faith leader learns of abuse within a family in a congregation. Faith leaders are often the first point of contact for a victim reaching out for help. What are “do’s” and “don’ts” for clergy on this issue? Whom do clergy call when they’re unsure?

“Courage is what’s needed, when an abuser in your congregation is being confronted,” said Officer Bill Stanley of the Cocoa Beach Police Department and an ordained minister. “As a former pastor, I know how these dynamics unfold. The buddy of the abuser will also happen to be on your personnel committee, or chairing the finance committee, and might say, ‘Hey Pastor, seems like maybe we could just find a way to avoid any kind of ugliness, don’t you think?’”

We all have work to do in our faith contexts. If the pandemic has taught us anything, avoidance can lead to death for both adults and children. 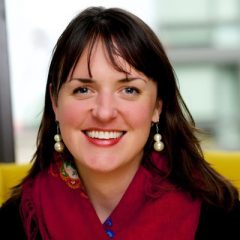 Addressing domestic and family violence is always hard, but it need not be overwhelming if we can open up our conversations as clergy and build strong community liaisons for a network of resources. We must get beyond the silence and shame that we perpetuate in our houses of worship when we don’t take diligent and faithful action to create safe and accountable faith communities for all.

(The Rev. Katie Givens Kime is the director of religion and civic engagement at Odyssey Impact. The views expressed in this commentary do not necessarily reflect those of Religion News Service.)

News
In a new documentary, Will Willimon puts his preaching toolbox to the test 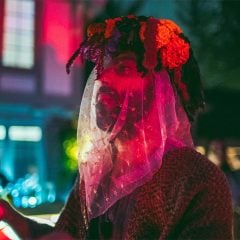