(RNS) — On Thursday (July 15), the National Trust for Historic Preservation announced more than $3 million in grant funding for the preservation of Black historic sites, including several churches.

“African American historic places have been undervalued for decades. This part of the preservation movement is working to catch up,” said Brent Leggs, founding executive director of the African American Cultural Heritage Action Fund, which will distribute the money.

Among the 40 organizations receiving funding are four historic Black churches.

He said these churches also represent some of the contributions of Black women to American history, such as Mamie Till-Mobley, the mother of Emmett Till, a 14-year-old African American who was lynched in 1955 after being accused of flirting with a white woman. 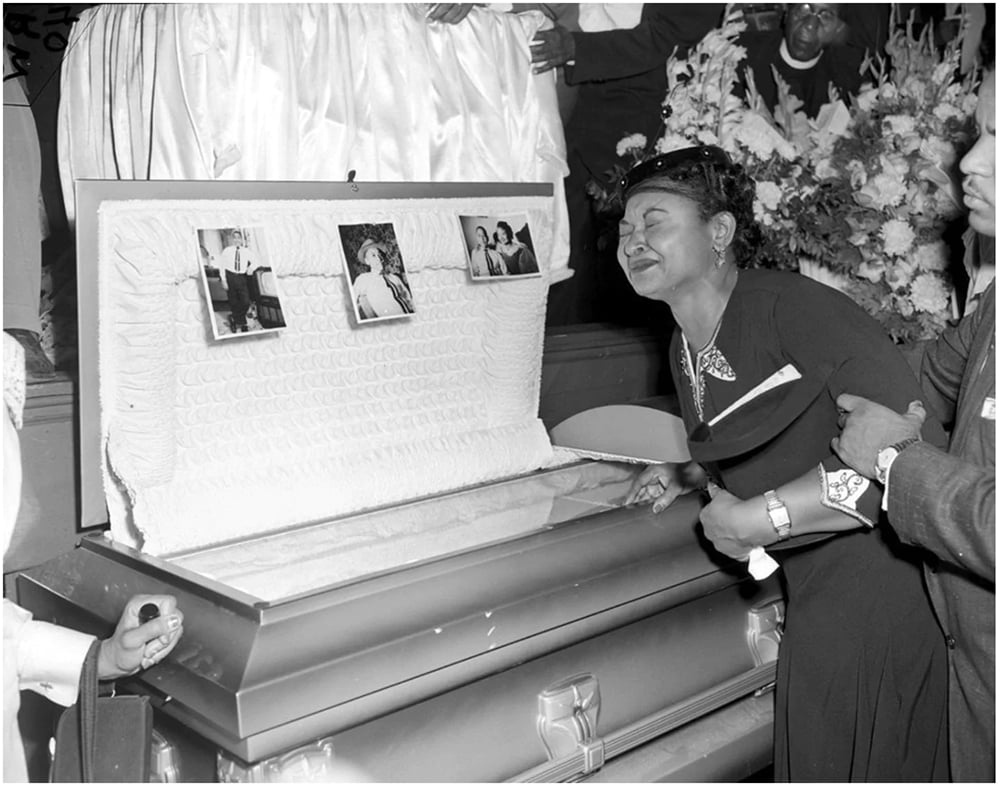 Mamie Till-Mobley weeps at her son’s funeral on Sept. 6, 1955, in Chicago at Roberts Temple Church of God in Christ. (Chicago Sun-Times/AP Photo)

The church is among the grant recipients, for structural repairs of its nearly century-old building.

“Roberts Temple Church of God in Christ in Chicago is a living witness to the bravery, character and self-determination of Mamie Till Mobley,” said Leggs.

The Till family has partnered with other organizations to preserve the structure of the historic church. In 2006, the Chicago City Council declared the church a city historical landmark.

Marvel McCain Parker, who has worked with Roberts Temple as a management consultant since September 2019, said its $150,000 grant will continue the restoration and preservation work and she hopes it will further Roberts Temple’s cause to become a national landmark. Asbury United Methodist Church in Washington, D.C., has received a $100,000 grant to repair its façade, its bell tower and its centerpiece Good Shepherd window.

“We are filled with joy because this makes a great difference in being able to restore our bell tower,” said the Rev. Ianther M. Mills, Asbury’s first female senior pastor.

“And the Good Shepherd window — being able to restore that, I can barely find the words to express our gratitude,” said Mills.

Another grant recipient, The People’s A.M.E. Zion Church in Syracuse, New York, was founded in the 1840s and plans to use its funds to restore the 110-year-old church building’s exterior, designed by Wallace Rayfield. The second Black architect to be licensed in the U.S., Rayfield also designed the historic 16th Street Baptist Church in Birmingham, Alabama.

“It’s great to be able to celebrate the beauty and the divine contributions of Black architects like Wallace, and help bring greater appreciation and attention to the role of Black designers,” said Leggs.

A fourth church to receive funding, Mount Zion Baptist Church in Athens, Ohio, will be repurposed from its original function as a worship space into a regional hub for Black arts, culture and business development. According to the National Trust for Historic Preservation, the church is the “last remaining Black-owned and built historic building” in the Southeastern Ohio River Valley section of the Underground Railroad.

Established four years ago, the African American Cultural Heritage Action Fund seeks to preserve and protect overlooked sites of African American history. Since the National Trust for Historic Preservation launched the fund in 2017, it has invested more than $50 million in preservation projects.

“It’s critically important that the public invests in the restoration and transformation of Black landmarks to tell a fuller American story and build a national identity that reflects America’s diversity,” Leggs said.

News
In Los Angeles, a pair of art exhibitions centers the Black worship experience
Follow us on Facebook!
Submit your photos to RNS