(Open Doors) — The foundations of the world’s largest democracy are crumbling.

On paper, India’s 1.3 billion citizens enjoy the protections of a diverse legislature, an impartial justice system and an elected executive branch. In practice, these democratic safeguards are eroding at an alarming pace.

In 2014, a popular Hindu extremist politician and former state governor, Narendra Modi, was elected prime minister. Ever since, his government has been systematically undermining the freedoms afforded by the Indian Constitution. The Indian authorities are censoring members of the press who dared to criticize the government’s response to COVID-19. Officials are ejecting human rights and aid organizations from the country by claiming their activities are “detrimental to the national interest.” Meanwhile, Hindu extremists connected to Modi’s political party, the BJP, are targeting religious minorities with violent attacks, arrest on false charges and even execution.

While India’s Constitution is a bulwark against an authoritarian free fall, there’s only one reasonable way to interpret Modi’s intent: to shift the Indian state toward totalitarianism.

We saw this coming. In recent years, India has repeatedly emerged as one of the world’s worst violators of human rights. Modi’s election marked the beginning of a new era of discrimination driven by the popular sentiment that “to be Indian is to be Hindu.” Since less than 25% of the country’s population avows other faiths, the BJP has not been secretive about its intent to build a distinctly Hindu state with little to no room for religious minorities.

The brazenness of the government has had a disastrous trickle-down effect. People in villages and municipalities who wish to discriminate against or even force out religious minorities have been emboldened by Modi’s regime. The result has been a staggering 300% increase in violent attacks against non-Hindu citizens.

India’s COVID-19 response exposed more fractures in Modi’s façade. While Muslim citizens were blamed for the outbreak, the Indian government encouraged the Hindu faithful to gather in large, public displays of religious and political loyalty. And when Christians needed state-sponsored relief aid, government officials turned them away in droves.

Many rights advocates, including myself, have long called on the U.S. government to hold India accountable before it devolves into another authoritarian world power. But America’s diplomatic emphasis on economic prosperity allows Modi’s violations to remain unchecked. India’s democracy is unraveling. 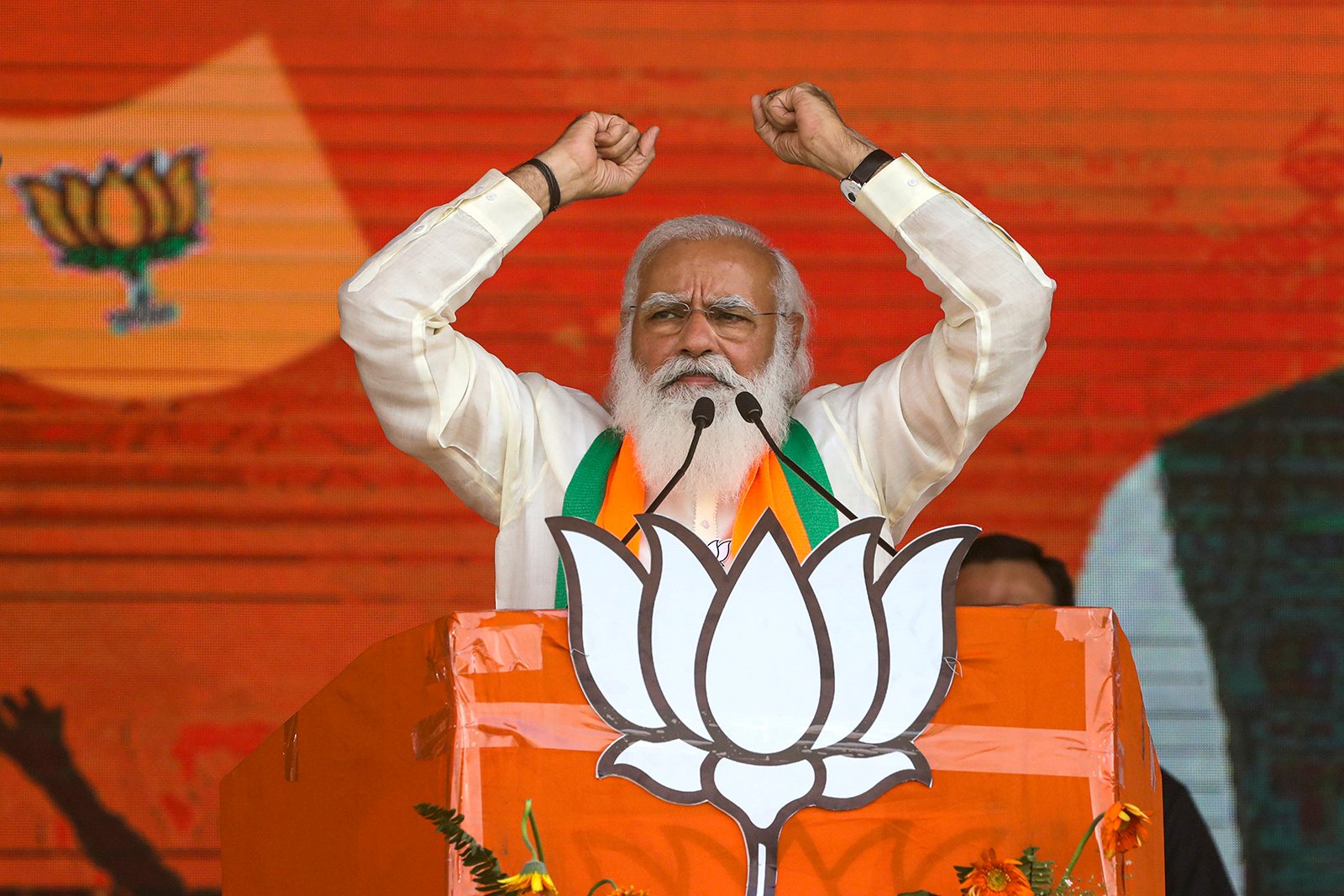 The human rights organization I lead has released a report documenting the progress of India’s democratic decline. The results are jarring: A grassroots movement of persecution is bolstered by government officials, leaving ordinary citizens with no legal means of defense.

The report cites numerous examples of district administrators, court judges and police misusing — or even abusing — their authority to enable harassment and violence against their own constituents. Law enforcement regularly colludes with Hindu extremists to mob and lynch religious minorities, intending to expel them from the district. When victims are attacked or falsely accused, they face a justice system that is biased against them.

Therein lies the problem. The executive branch and legislature of the Indian state have been stacked with extremist ideologues and power-hungry sycophants for years. But now, the judicial system has also fallen. India must now reckon with an emerging totalitarian state, and so must all nations that care about the survival of democracy.

And yet, all is not lost. There’s still some power left in India’s constitutional protections. Thanks in part to Modi’s mishandling of the COVID-19 pandemic, in the country’s most recent elections, the BJP won only one of five regions. Modi’s approval rating is at a historic low. Unrest is growing among political loyalists.

Indian citizens can still turn the tide back toward democracy, but they require the swift intervention of the international community.

President Joe Biden must not follow the path of his predecessor, who was willing to overlook Modi’s abuses in favor of economic progress. The Biden administration can help convene an international coalition to investigate India’s human rights violations and hold India to account. Likewise, Americans who enjoy the freedom of expression — political, religious or otherwise — should use that voice to advocate, to pray and to encourage the Indian people to stand strong.

India’s democratic erosion tips the world order toward totalitarianism. The stakes could not be higher, and the moment could not be more urgent. A threat to any democracy is a threat to every democracy.

(David Curry is president and CEO of Open Doors USA, which advocates on behalf of those who are persecuted for their Christian faith. Follow on Twitter @OpenDoors. For more than 60 years, Open Doors USA has worked in the world’s most oppressive and restrictive countries for Christians. Open Doors works to equip and encourage Christians living in dangerous circumstances with the threat of persecution and equips the Western church to advocate for the persecuted. Christians are one of the most persecuted religious groups in the world and are oppressed in at least 60 countries. For more information, visit OpenDoorsUSA.org.)