(RNS) — In his first address to a joint session of Congress, President Biden rallied the American people by declaring, “We have stared into an abyss of insurrection and autocracy, of pandemic and pain, and ‘we the people’ did not flinch.”

Months later, in a stark speech about the assault on voting rights and the whole of our democracy, President Biden grimly declared, “I’ve said it before: We’re facing the most significant test of our democracy since the Civil War. That’s not hyperbole. Since the Civil War. The Confederates back then never breached the Capitol as insurrectionists did on January the 6th.”

In the face of this test on our democracy, with Congress stalled on moving forward any significant civil rights legislation, the Biden administration, one that has been historically pro-LGBTQ, was hindered from delivering on the president’s commitment to signing the Equality Act into law in his first 100 days in office.

Pride Month came and went without the bill’s passage. A terrifying rise in violence against the transgender community and the disproportionate COVID-19-related economic impact on LGBTQ people of color only add to the glaring devastation of seeing the Equality Act halted by the rigor mortis of the Senate’s inaction.

The connection between the Equality Act and voting rights may not seem immediately apparent, but the fact is that recent assaults on our democracy impact most immediately those whose fundamental human and civil rights are on the line. If we do not ransom our democracy from those seeking to destroy it, it is these communities whose lives will be most destroyed.

The fight for LGBTQ rights has been dominated in recent years by two questions: marriage equality and workplace nondiscrimination. While these issues are critical in advancing rights for the LGBTQ community, there are other rights core to the movement that are inextricably tied to other communities fighting for justice — chiefly, to be part of a functional, thriving democracy.

In this sense, all Americans’ rights are tied to those marginalized communities who have for generations demanded, organized, prayed and protested in pursuit of a democracy that maintains its creed that all are created equal. The future of racial justice, protecting immigrants and asylum seekers, defending the rights of women, healing our land and enshrining LGBTQ nondiscrimination protections into law rests in this democracy remaining a democracy.

There is a clear solution to this crisis, therefore, one that would finally weave LGBTQ people into the great legacy of civil rights victories in this country: Pass the For the People Act and the John Lewis Voting Rights Act.

These two landmark pieces of legislation are being held up by one significant obstacle unnecessarily preventing us from securing our democracy — the filibuster.

A relic of Jim Crow, in the words of former President Barack Obama, the filibuster (a procedural tactic meant to delay or prevent a bill’s advancement) has been a means of stonewalling civil rights legislation that would secure the blessings of liberty for ourselves and our posterity.

Opponents of abolishing the filibuster cite such procedural relics as essential to our democracy. This is a fallacy. We have seen the assaults on our democracy play out in living color as white supremacists stormed the U.S. Capitol and as state governments have led concerted campaigns to crucify our voting rights after the U.S. Supreme Court gutted the Voting Rights Act of 1965.

RELATED: Why the Equality Act is no big threat to religious freedom

We can either have our democracy, or we can have the filibuster. We cannot have both. 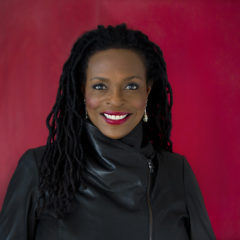 Our future depends on this, and it is our duty to fight for it.

(The Rev. Fred Davie is a founding board member of Faith Forward and senior strategic adviser to Union Theological Seminary and IFYC. The Rev. Jacqui Lewis is senior minister of Middle Church in New York City. The views expressed in this commentary do not necessarily reflect those of Religion News Service.)