(RNS) — For far too long, LGTBQ people have been subject to rampant discrimination. Now, change is within our grasp. Congress is considering the Equality Act, landmark legislation that would amend the Civil Rights Act to include LGBTQ people, thereby prohibiting discrimination in housing, employment, public accommodations and much more.

Passed by the House, the bill faces an uphill battle in the U.S. Senate, in large part because of fears that the legislation would infringe on the freedoms of religious groups.

It’s crucial for Black faith leaders to stand with our LGBTQ family. As Black religious leaders and activists ourselves, we know firsthand the power of the faith community to create profound change. We also know that we who carry in our DNA the legacy of liberation from oppression must help advance the freedom and equality for our LGBTQ siblings.

Every day, we must take steps toward the promise of liberation. The Equality Act is a necessary step on this most tedious journey we walk on toward freedom and justice for all.

Our LGBTQ siblings have God’s imprint on their spirits; they are made in the image of God — fearfully and wonderfully made children of the most holy. Why would we deny them the full rights and privileges of human dignity?

As people who have seen the liberating power of God, we cannot withhold that same liberating power from the LGBTQ community by opposing legislation that would provide them with full, explicit, permanent and equal protection under the law. 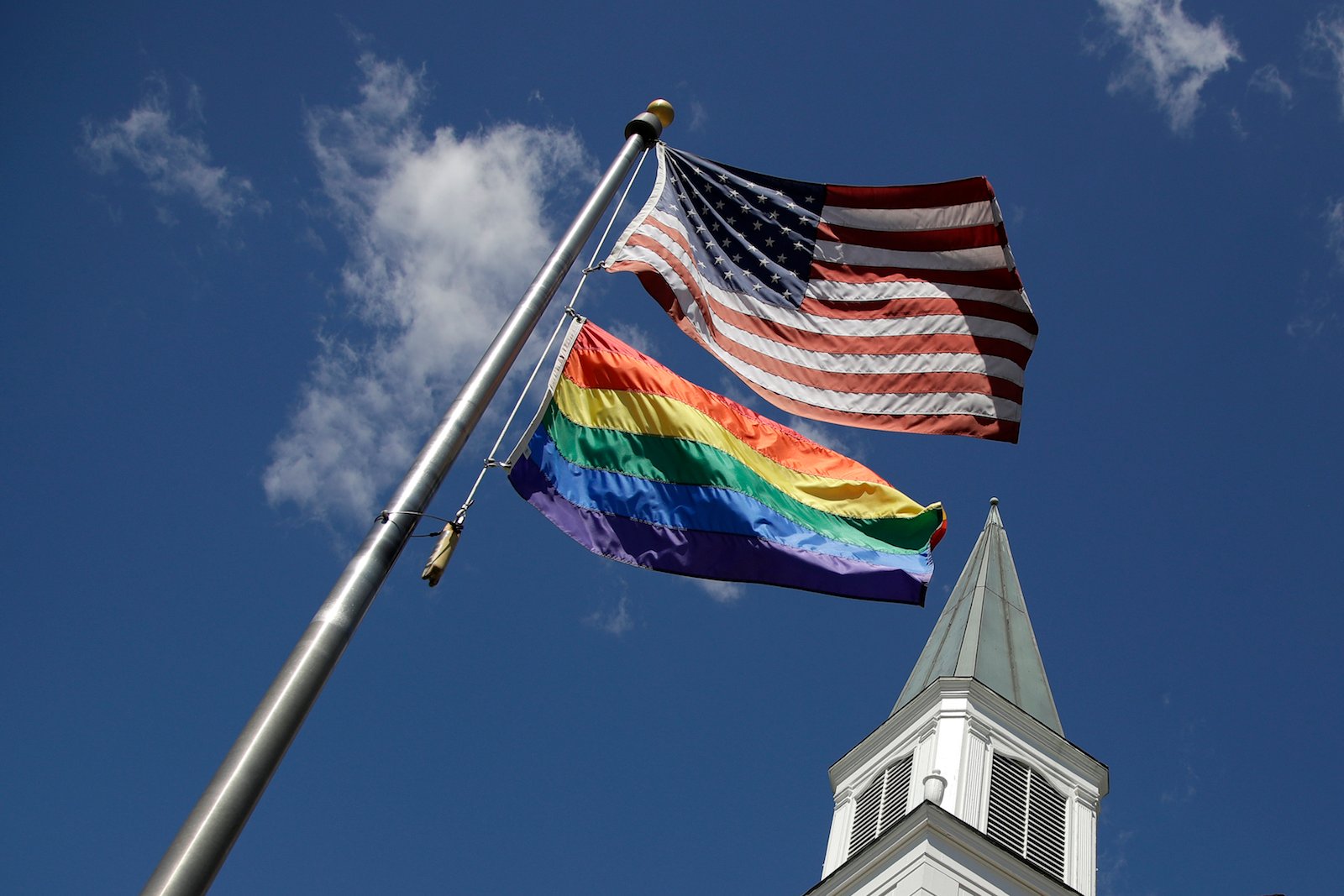 A gay pride flag flies along with the U.S. flag in front of a church in Prairie Village, Kansas, April 19, 2019. (AP Photo/Charlie Riedel)

What God has blessed, let no one tear asunder; and the LGBTQ community is surely blessed, abundantly, by God.

Bringing LGBTQ people under the Civil Rights Act of 1964 is absolutely necessary. LGBTQ civil rights leaders have fought and died to ensure that the Black community would achieve these landmark protections and ensure that our community could live to fight for our collective liberation.

Bayard Rustin, James Baldwin, Audre Lorde, Marsha P. Johnson, Pauli Murray and so many other Black LGBTQ leaders labored tirelessly on this journey of ours, so that Black folks in America could taste freedom, experience equality and have their very being rooted in liberation. Are we to say to them, our forebears — to their memory, to their legacy — that the rights they sought out on behalf of our whole community should not be available to them because of who they love and who they are? Are we to say to our ancestors, thank you for the struggle, but the fruits of your labor are not for you?

Outright opposition to civil rights for the LGBTQ community must not be tolerated. In particular, we must not bow to so-called compromise legislation like the Fairness for All Act, which would institute modern-day Jim Crow laws that would hurt Black LGBTQ people more than anyone else. It is an affront to the love ethic we have inherited from our ancestors in the work toward equality and liberation.

We must not, and cannot, compromise on equality, for any compromised equality is no equality at all. Creating a second tier of civil rights for LGBTQ people is to resurrect that old and wretched belief that people who are different from us must not have the same rights as us. The beloved of God must stand in defense of our LGBTQ siblings in their pursuit of full civil protections — and not use our differing theologies as an excuse to withhold from God’s children that which God has given freely.

We are a people forged by the magnificent power of love, a love that liberates and compels us to share that liberation with everyone. The essence of our faith is a commitment to that free love that sets free all those held captive by hatred and discrimination, by dehumanization and disinheritance.