(RNS) — When I was growing up in New Jersey in the 1950s and ’60s, there was persistent political controversy over proposals to put fluoride in the public water supply. Among the leading opponents was Carl McIntire, pastor of the Bible Presbyterian Church in Collingswood, outside of Philadelphia, and the foremost fundamentalist of his day.

Today, just 14.5% of New Jersey’s population receives fluoridated water — the 49th lowest percentage in the 50 states. Coincidence? I doubt it.

McIntire, who died in 2002 at the age of 95, left mainline Presbyterianism during the fundamentalist-modernist wars of the 1920s and never looked back. When Billy Graham & Co. invented the “new evangelicalism” after World War II, McIntire became the leader of the fundamentalist opposition, establishing the American Council of Christian Churches as an alternative to Graham’s National Association of Evangelicals.

Along with the old-time Christian fundamentals, McIntire preached a vigorous political gospel centering on anti-communism and what he considered the collectivist tendencies at work in America. His opposition to fluoridation was grounded in a libertarian belief in minimalist government.

Well before the emergence of the religious right, McIntire insisted that Christians needed to be involved in politics. In contrast to the NAE, which operated from the top down, McIntire emphasized grassroots pressure via demonstrations, rallies and petitions. These he promoted through a dozen books, his Christian Beacon newspaper and his daily radio show, which aired on as many as 600 stations during the 1960s. 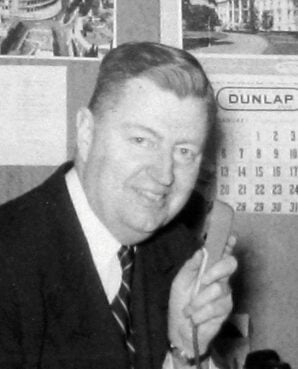 Unburdened by the traditional Baptist belief in strict church-state separation, McIntire advocated a theocratic ideology rooted in the Calvinist Reform tradition. “God,” he wrote, “has instructed in His Word that the state should serve the ends of God.” Therefore, “if the State will recognize its place under God, it will have the blessing and favor of Almighty God” and otherwise “God’s favor will be taken away and there will be disaster and tyranny.”

Nor did he hem himself in when it came to his allies. In contrast to many of his fellow fundamentalists, he was prepared to join with other Christian conservatives — even Roman Catholics — in pursuit of his political agenda. In his opposition to fluoridation, he had a range of associates, not least the right-wing John Birch Society.

As historian Markku Ruotsila points out, McIntire has largely been written out of the history of the religious right, not least because he remained an outspoken segregationist when Jerry Falwell Sr. and others recognized that the success of the civil rights movement required moving on to other issues.

But today it is McIntire’s model that defines evangelical political engagement.