But this hardy group of Catholics is not a second-wave COVID-19 workaround. Mother Teresa Catholic Church, technically still a mission church, has been meeting outdoors or in a public high school’s auditorium for more than two decades.

Those assembled on a recent summer morning could have chosen the air-conditioned pews of nearby St. Michael the Archangel, a brick behemoth with 4,257 member families, a school, a gym, a conference center, athletic fields, a columbarium. But Mother Teresa’s congregants prefer their more relaxed and intimate makeshift settings, even when they’ve had to fix an altar around a student set production of “Tarzan,” the musical.

“These are people who have chosen not to go into the larger church because they appreciate the smaller nature of the community,” said the Rev. Dan Oschwald, the pastor.

North Carolina’s Catholic population, while still small in comparison with many Northern and Midwestern states, has ballooned over the past 50 years, especially in the state’s urban areas. It has accommodated the influx by building plus-sized churches.

The largest in the Diocese of Raleigh, St. Francis of Assisi Catholic Church, has a whopping 4,765 registered families. But many others, like the church near Mother Teresa in Cary, a suburb with 174,721 residents,  are comparably large.

Named after the Albanian nun who served the poor in the slums of Kolkata, India, Mother Teresa has a modest 669 families or a total of 1,936 individuals.

Four years after the congregation began holding Masses at Green Hope High School, the diocese purchased land in Cary for a future church. But Mother Teresa’s families, originally the overflow worshippers from St. Michael the Archangel, came to appreciate the unfussy, homey atmosphere they lovingly called “Our Lady of Green Hope.”

In 2016, it was finally christened Mother Teresa Catholic Church. 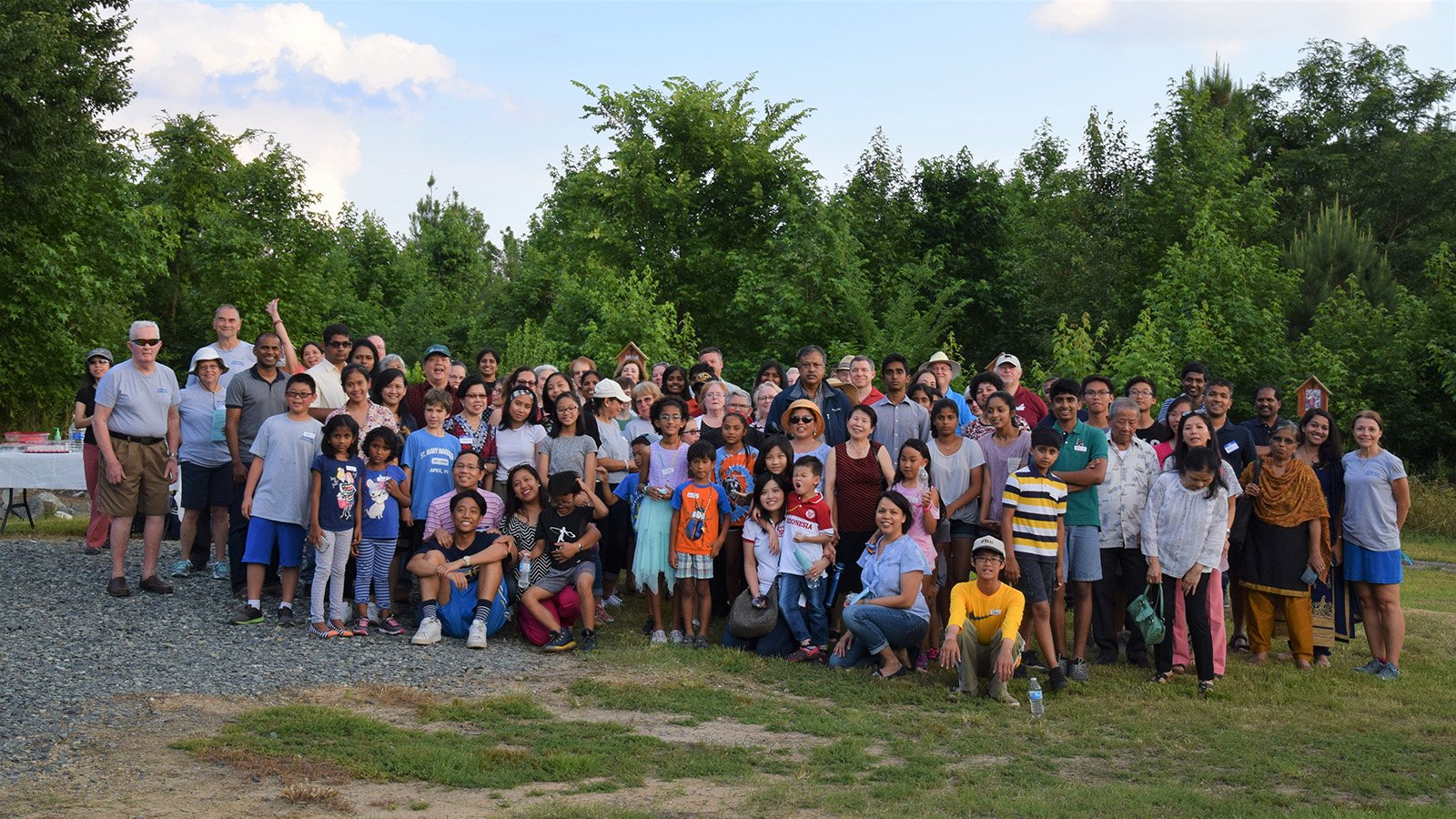 That name was meant to appeal to the nationalities and heritage of its attendees. The church draws many Indian Americans and many Filipino, Indonesian, Vietnamese and other Asian Catholics. Wake County, where the suburban town of Cary is located, is 8.6% Asian, according to the recent census.

“We struggled to find a home church,” said Anjela John Xavier, an Indian American software engineer who attends the church with her husband, son and daughter. “We went to so many churches. We couldn’t find the connection. When we walked into Green Hope High School we said, ‘This is home.’”

The Diocese of Raleigh is now celebrating 200 years since the first Catholic congregations were established in the state. The diocese itself is far newer. Created in 1924, it initially covered the entire state. In 1971, the Diocese of Charlotte was carved out with 46 counties in the western half of the state.

The two are about equal in size with an estimated 750,000 Catholics statewide. That number includes a large number of unregistered Catholics, mostly Hispanic.

The explosive growth over the past 50 years comes from two directions: Rust Belt Catholics migrating to the Sun Belt, and a wave of Hispanic Catholics moving to the state to take up jobs in agriculture and construction.

More than 20 years ago, then-Bishop Joseph Gossman required all priests to be able to celebrate Mass in Spanish. Today Bishop Luis Rafael Zarama is himself Hispanic, an immigrant from Colombia.

Construction of new churches has slowed a bit since the 1980s and 1990s, when many of the largest churches were built in the big cities. The diocese now has 80 churches and 17 missions. 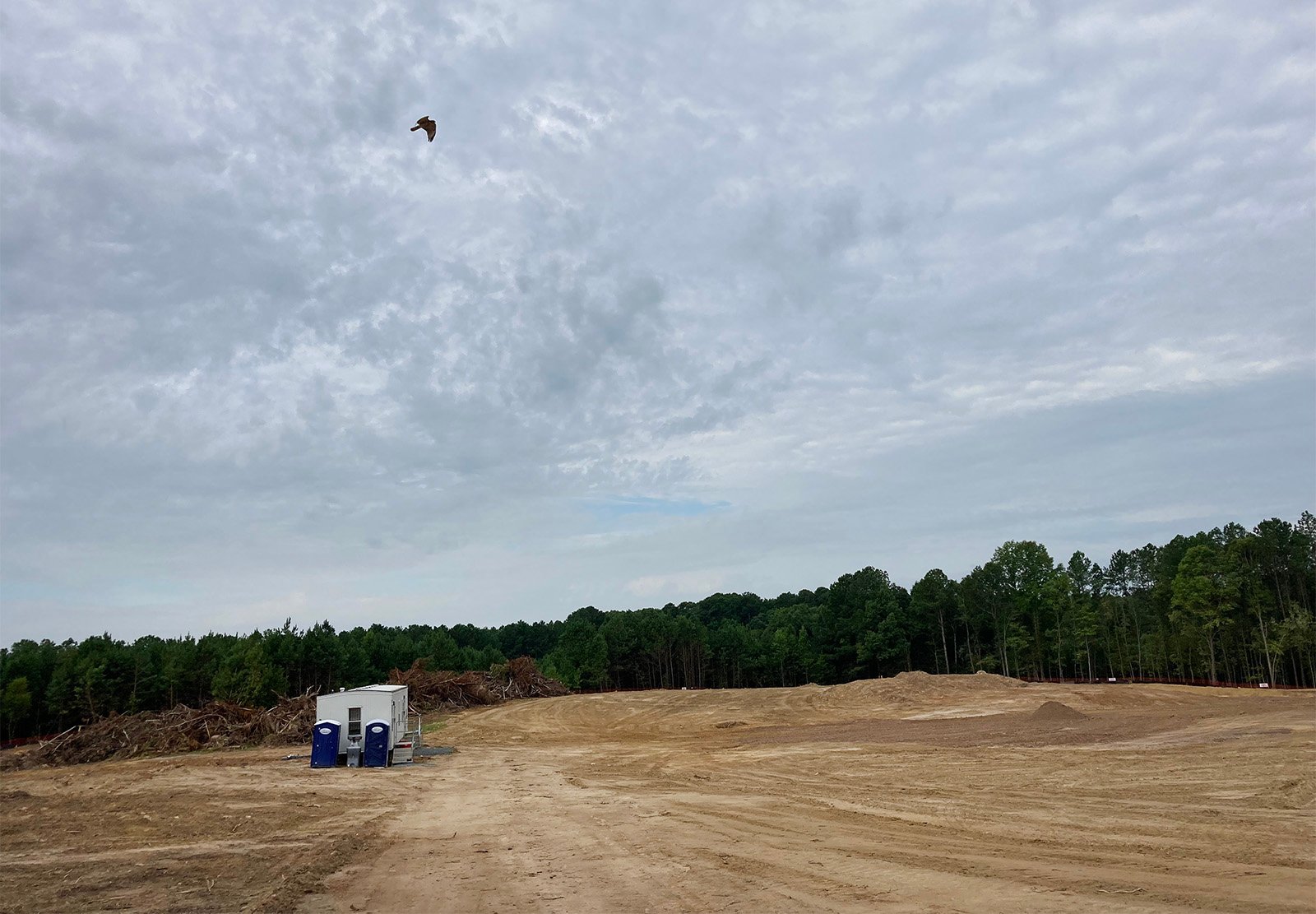 One big reason is the shortage of priests. The diocese has 147 diocesan and religious order priests, or about one priest for every 2,000 Catholics.

“Accommodating parish expansion in growing metropolitan regions of the Diocese of Raleigh, while a good problem to have by comparison, brings a number of challenges,” said Russell Elmayan, the diocese’s chief financial officer.

The biggest, he said: “We’ve had to take into account that we have a limited number of priests to staff both new and existing parishes.”

In June, Mother Teresa broke ground on a church building five miles away from Green Hope High School. In a change from past practice, the congregation has decided to build a $9 million multipurpose building first. The sanctuary will come later. Move-in is expected next fall.

In the meantime, in-person Masses have resumed in the school auditorium as well as outdoors. About 50% of church members have come back in person, Oschwald said, and he’s confident more will follow.

But he doesn’t want the new Mother Teresa community to lose its intimate feel.

“My hope is to try to grow the church small,” he said. ”That goes counter to what’s going on in the area. It will necessitate other churches being built to meet the growing need.” 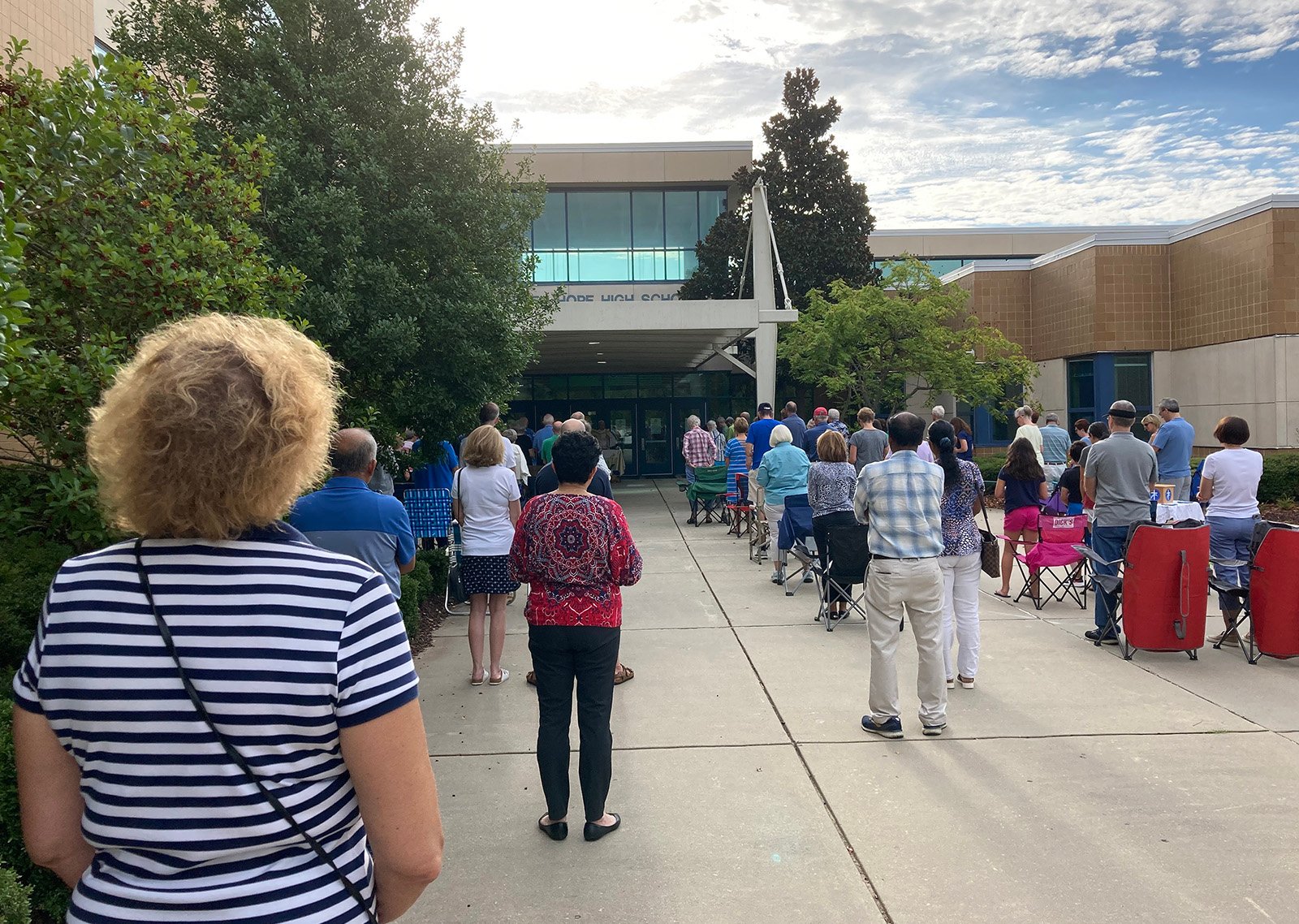 Brian Irving, a member of the congregation, said he likes Mother Teresa’s size. When he retired from the U.S. Air Force and moved back to North Carolina from Florida, he said, he did a bit of “parish shopping.”

He found what he called “big Yankee churches” overwhelming.

Irving, whose wife, Lisa, is Filipino American, said the ethnic diversity of Mother Teresa and its relatively small size remind him of the small chapel services the Air Force held for Catholics.

“It doesn’t bother me that we’re meeting in a high school auditorium,” he said. “I like a small congregation where you can get to know people.”