VATICAN CITY (RNS) — From Haiti to Afghanistan, the Catholic Church sought to address global crises this week through financial and humanitarian aid, as well as heartfelt appeals for political leaders “to act according to conscience.”

Since the Taliban rose to power in mid-August and sent Afghanistan spiraling into chaos, thousands of Afghan citizens have attempted to flee the country. While Western countries pulled their troops from Afghanistan, they also faced the challenge of filtering Afghan refugees through their immigration process.

Some countries attempted to create humanitarian corridors to facilitate the immigration of Afghan citizens, while others pushed back at the political gamble of opening their doors to a new exodus of refugees.

Cardinal Jean-Claude Hollerich, archbishop of Luxembourg and president of the commission of bishops’ conferences of the European Union, warned Tuesday (Aug. 24) against a “flawed politics” surrounding European immigration policy.

“The only thing we are debating is how to avoid having a large number of refugees from Afghanistan rather than helping these people,” the cardinal told Agensir, the news service of the Italian bishops’ conference.

“This behavior makes me feel ashamed,” he added.

Greece announced Friday that it completed the construction of a 25-mile wall to protect its border with Turkey and to deter Afghan refugees from entering the country. Reacting to this news, Hollerich said that while Europe vocally defends its values, “we don’t put them into practice.”

“I had hoped that the fall of the Berlin Wall marked the end of these hard times. But it wasn’t so. New walls were built,” the cardinal said, adding that this time it isn’t the work of communist powers but of today’s “Western, liberal, permissive” societies. Hollerich praised Catholic movements and organizations, such as St. Egidio in Rome, that are working to facilitate and streamline immigration procedures for Afghan refugees to avoid their being sent to migrant and refugee camps.

Referencing the terrible conditions of many refugee camps, Hollerich appealed to political leaders in France and Germany “to act according to conscience” and not with the mere goal of being reelected, which he said would lead to “a generation of very weak politicians.”

Pope Francis called for prayers and commitment to dialogue in Afghanistan during his weekly Angelus prayer on Aug. 15. The newspaper of the Vatican, L’Osservatore Romano, has highlighted the situation of Afghanistan on its front pages, asking what will happen to the women and children left behind in Kabul.

On Tuesday, the deputy of the Holy See’s permanent mission to the United Nations, Monsignor  John Putzer, encouraged the international community to uphold human rights in Afghanistan “at this critical time.”

Speaking at the 31st Special Session of the Human Rights Council, Putzer said that the Holy See hopes that “inclusive dialogue” may continue in the country since it’s “the most powerful tool in achieving peace.” The Holy See representative also appealed “to the entire international community in favor of a declaration on the welcoming of refugees in the spirit of human fraternity.”

Haiti is also a concern for the Vatican and it announced Tuesday that Pope Francis sent $235,000 to aid the island nation, which is struggling after a powerful earthquake Aug. 14 killed more than 2,200 people and left many more displaced. The earthquake came amid significant political instability in the country, after the assassination of its president, Jovenel Moise, on July 7, and an ongoing struggle to address the spread of the COVID-19 pandemic. 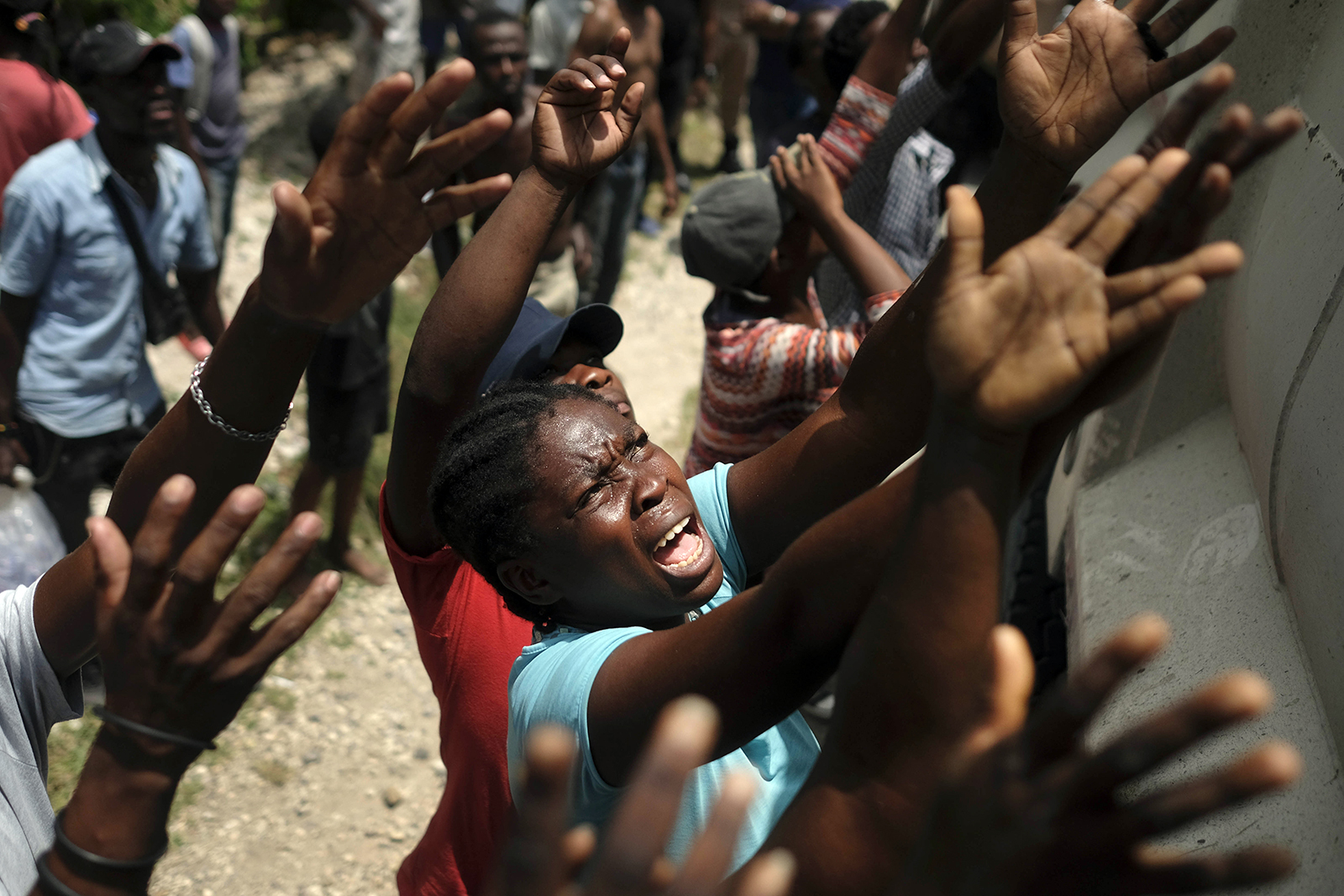 Earthquake victims reach for water being handed out with food distribution in the Picot neighborhood in Les Cayes, Haiti, Aug. 22, 2021, eight days after a 7.2 magnitude earthquake hit the area. (AP Photo/Matias Delacroix)

This initial financial contribution, distributed to local dioceses with the help of Vatican representatives, “is intended to be an immediate expression of the feeling of spiritual closeness and paternal encouragement towards the people and territories affected,” the Vatican statement read.

The Vatican also announced it will send $69,000 to Bangladesh, devastated by Cyclone Yaas, and over $117,000 to Vietnam, which has also been struggling to prevent the spread of the pandemic and saw a record number of deaths this week.