(RNS) — On this National Faith HIV/AIDS Awareness Day, the HIV/AIDS epidemic remains a looming threat to Black communities. Decades of silence, stigma and structural barriers to treatment and testing have allowed the epidemic to spread, claiming the lives of far too many of our Black friends and families.

Despite significant advancements in medical research and expanded access to life-saving drugs, Black Americans accounted for 13% of the U.S. population but 42% of new HIV diagnoses. Of those, Black trans women and men who have sex with men bear the burden of the virus disproportionately. Without a renewed commitment to mounting an effective response against HIV/AIDS, the spread will continue, hitting our communities the hardest.

Black faith leaders are indispensable to a viable response to this crisis. Historically, Black faith-based institutions have acted as beacons of hope, offering lifesaving and soul-saving resources to those who needed it the most. Leveraging decades of hard-earned spiritual wisdom, resilience and earned trust in the community, the Black church has often marshaled its sacred treasure of resources to meet the fierce urgency of now.

We need to look no further than the Black church’s role in challenging chattel slavery, advocating for civil rights in the 1960s or speaking prophetically against police brutality. The current HIV/AIDS crisis that our community is enduring requires a similar response. Therefore, it is incumbent upon the Black church to take an all-hands-on-deck approach to tackling this crisis.

It is not lost on us that Black churches have often contributed to the stigma associated with HIV/AIDS. Many of us can vividly recall how some Black churches ignored the pain and suffering of those dying during the height of the HIV/AIDS epidemic in the 1980s. Many Black Muslim leaders followed this same unfortunate path. Far too many children of the Black church died in isolation and without their faith community because of the stigma associated with the virus.

It is still common in Black sacred spaces today to hear messages that are laced with homophobia and theologies that are rooted in the othering of those with HIV/AIDS. In some cases, faith leaders have led the charge on advancing misnomers, miseducation and misinformation about the virus and those impacted by it. These faith leaders have silenced the lived experiences of those dealing with the daily realities of HIV/AIDS and forced them to the margins of the sanctuary.

We can choose to act differently. We can choose to see the ongoing epidemic of HIV/AIDS in our community as the public health crisis that it is. We can serve those most impacted by offering access to resources, testing and spiritual counseling. Our faith traditions call us to embody radical compassion, and our history demands that we combat stigma targeted at the most vulnerable among us.

In the words of the Rev. Martin Luther King Jr., “Of all the forms of inequality, injustice in health care is the most shocking and inhumane.” As people of faith, we are beckoned to pursue a more equitable and more just health care system for all, regardless of one’s health status.

As Black faith leaders who are also queer, we must demand that the humanity of those living with HIV/AIDS be nonnegotiable. We must see their lives as being equally as sacred and valuable as any other life. Anything less than this goes against the values that are universal to various faith traditions: love, hospitality and service.

(The Rev. Frederick A. Davie is senior adviser for racial equity at Interfaith Youth Core. The Rev. Don Abram is program manager at IFYC. They are working with the Gilead Compass Initiative at Wake Forest Divinity School, which helps Black faith-based communities combat the stigma associated with HIV/AIDS. The views expressed in this commentary do not necessarily reflect those of Religion News Service.) 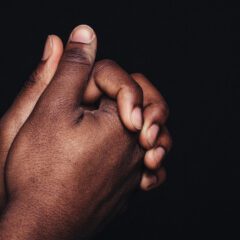 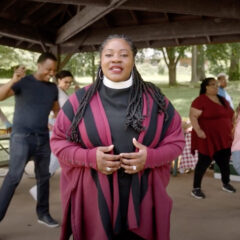