DALLAS (RNS) — Selling faith-based T-shirts came as a surprise to J.R. Fitch, who works as a wealth manager by day.

The bearded, burly Fitch is the founder of More Lord Kingdom, a startup T-shirt company from Chattanooga, whose shirts carry messages like “More Lord” — or “Mas Señor” in the Spanish edition — “Blood and Testimony” and “Make America Godly Again” — a red and white MAGA-inspired T-shirt for sale at the recent America’s Revival conference.

More Lord Kingdom’s booth was one of the more popular spots during America’s Revival, which mixed pro-Donald Trump, anti-vaccine messages with fiery sermons about spiritual revival and come-to-Jesus altar calls.

While several of the booths surrounding More Lord Kingdom featured explicitly pro-Trump items with messages like “Trump Won” or “God, Trump, and Guns,” More Lord Kingdom’s were on the subtler side.

Along with a “Make America Godly Again” shirt, there was a black shirt with the numbers 45 and 47 surrounding the head of a lion with three stars underneath it. The lion resembles a symbol used by the Trump campaign in 2020 and the shirt seems to predict that Trump, the 45th president, will return as the 47th president.

Still, Fitch drew a line between making America godly and a future return of Trump. While he supported the former president, he believes the nation needs the kind of fundamental spiritual renewal no politician can bring. 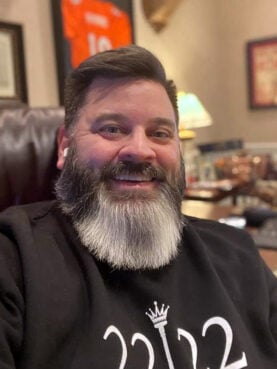 Christianity has always been part of Fitch’s life — he grew up as a Baptist and “never had a speeding ticket, never smoked a cigarette.” But his faith intensified after he attended a three-month-long revival at a charismatic church with his wife, who grew up in the Church of God, a Holiness Pentecostal denomination.

That revival was filled with miracles, he said, and turned his life around. The once clean-cut Fitch took what he called a Nazarite vow. It’s a reference to a vow found in the biblical Book of Numbers, taken by people who consecrated themselves to God and stopped cutting their hair and shaving.

The vow left him with a bushy beard and renewed sense of dedication to God.

For several years, he said, the words “More Lord” kept popping into his mind. He eventually felt God was telling him to start selling a T-shirt emblazoned with that message — a call he resisted for a while because he didn’t know much about selling T-shirts, much less designing them.

He turned to his friend Landon Zilbert for help.

Zilbert, a tall, gregarious graphic designer with a background in printing, took the idea and ran with it. He’s designed most of the shirts since, taking ideas from Fitch and turning them into reality.

So far, working with More Lord Kingdom is a part-time gig for Zilbert. 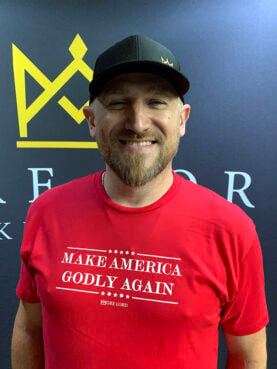 Landon Zilbert. RNS photo by Bob Smietana. Our plan is to multiply worshippers,” he said. “We don’t care about selling T-shirts — we will give them away. We just want to raise up a generation of folks who know their purpose and identity and to call the kings back into the kingdom.”

Zilbert, who designed the “Make America Godly Again” shirt, said the company was trying to appeal to fans of the former president with that shirt and the 45-47 shirt. But most of their focus is on spiritual revival, he said.

He worries Christianity has fallen out of favor with American culture. Churches, he said, have also often lost their way. A former church staffer turned facilities manager, he now calls himself a denomination nomad, still promoting Jesus but jaded about institutional religion.

He sees the T-shirt company as a kind of ministry.

The shirts are aimed to be conversation starters, to get people asking questions about God, said Zilbert. He and other staffers who travel with Fitch to Christian conferences to sell shirts will always offer to pray with customers.

Fitch may have picked the right time to get into the business.

God has become a hot topic in fashion, according to GQ magazine, pointing to celebrities such as Kayne West who embrace religious clothing and paraphernalia. GQ also highlighted the success of an Instagram account turned online store at I-need-god.com and the fashion label Praying.

“In our polarized world, the identity piece is as big or bigger than the evangelism piece,” she said. 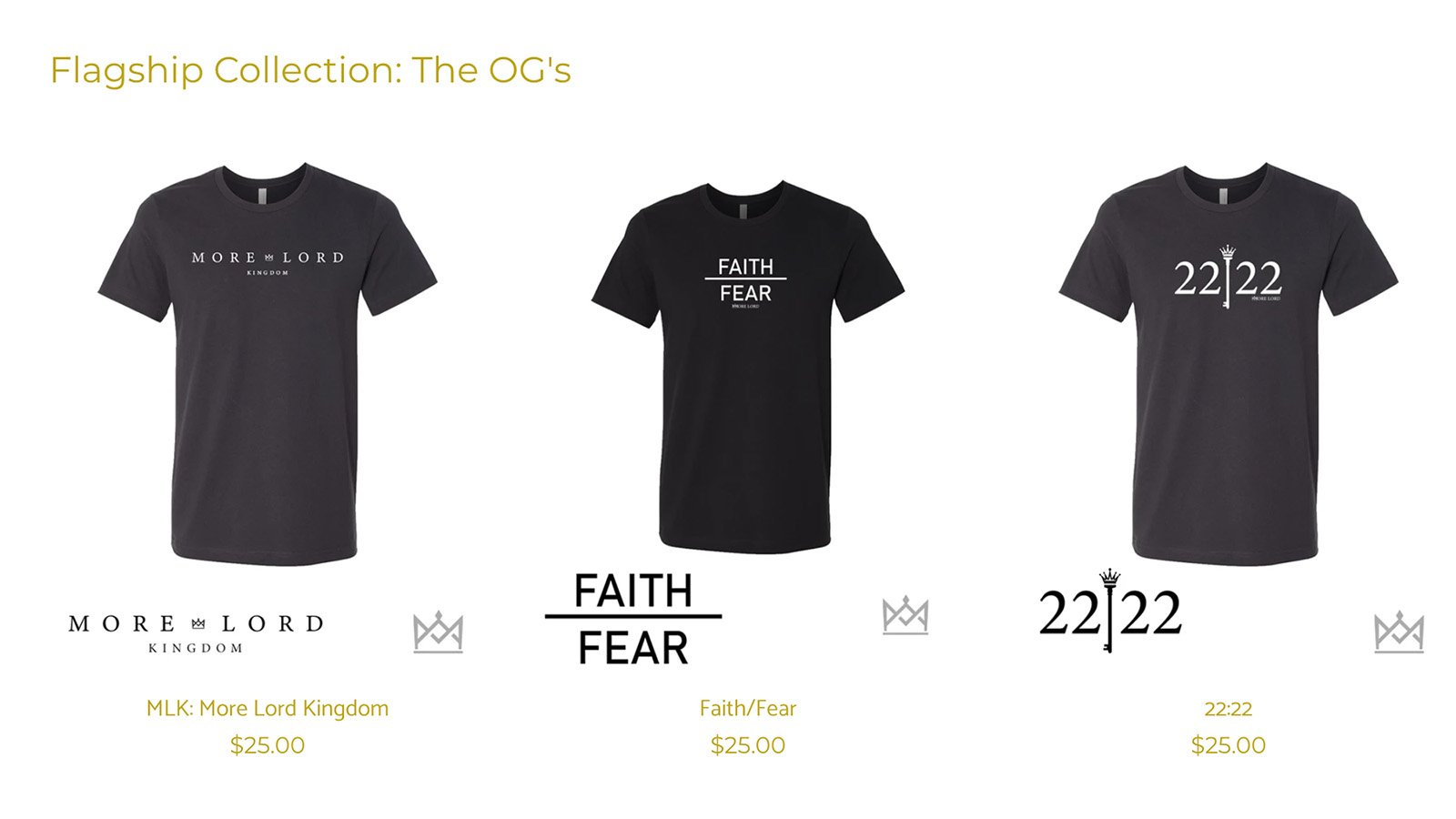 A variety of the items available on the More Lord Kingdom website. Screengrab

T-shirts also have an important role in American culture, often symbolizing individual belief and the right to speak your mind. And finding the right T-shirt — one that captures your identity or beliefs — can reinforce that identity or those beliefs and help you feel seen.

“If you can buy a nerdy T-shirt or a Make America Godly T-shirt, that tells you there are other people like me,” she said. “There is a community out there. I just need to find them.”

Evangelicals, Neal said, are often good at finding messages that are clever and intriguing, where the message is not always clear. Or where the T-shirt sends more than one message at the same time.

More Lord Kingdom, for example, sells a T-shirt with the word “faith” over the word “fear.” That’s a common religious message, said Neal. But that message has taken on a different connotation during COVID, often used by those who think the response to the pandemic is overblown.

The company also sells a T-shirt with the word “intercessor” over the word “activist.”

“Maybe before we pick up a bunch of signs and go protest or go get in a big room and yell and be mad — we might want to spend some time just in prayer and see what God is actually saying,” said Fitch. “The most powerful place for us is in a place of prayer.”

RELATED: Does God care about fashion? 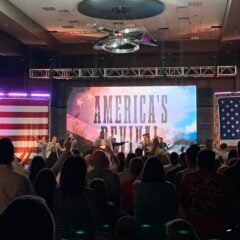 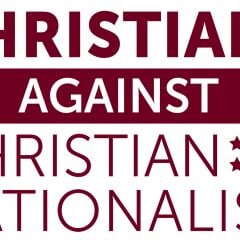 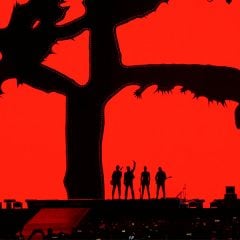 Opinion
A tale of two soundtracks

Opinion
Why a study of history is essential for the strength of our democracy
Follow us on Facebook!
Submit your photos to RNS