(RNS) – On a weekday in Massapequa Park, New York, deep in the Long Island suburbs, Monsignor Jim Lisante sits on a faded but dignified patterned brocade sofa in a plush parlor at the rectory of Our Lady of Lourdes Catholic Church, narrating encounters with a constellation of luminaries.

The walls, side tables and mantelpiece are covered with photos of family members — he has five nieces and nephews among his two sisters — and snapshots of Lisante shaking the hands of well-known faces — a pope, a president, a Hollywood icon or two.

“That’s the last president I liked,” Lisante said of a photograph of him grinning with George H.W. Bush.

As he guides visitors through the small portrait gallery, he nodded at his younger self in a Roman collar: “That guy with all the black hair is me,” he said. Except for the whitened black hair, Lisante looks much the same — clean-cut, All-American face, eyes sparkling, just like in the photos.

Residents of Massapequa Park, a hamlet of just 17,000, are not easily star struck: Jerry Seinfeld and Alec Baldwin hail from nearby, as does Jesus, or, rather, Jonathan Roumie, who plays Jesus in the hit television show “The Chosen” — Lisante interviewed Roumie for his weekly radio show and podcast, “Personally Speaking,” last month when the actor was home visiting his parents. 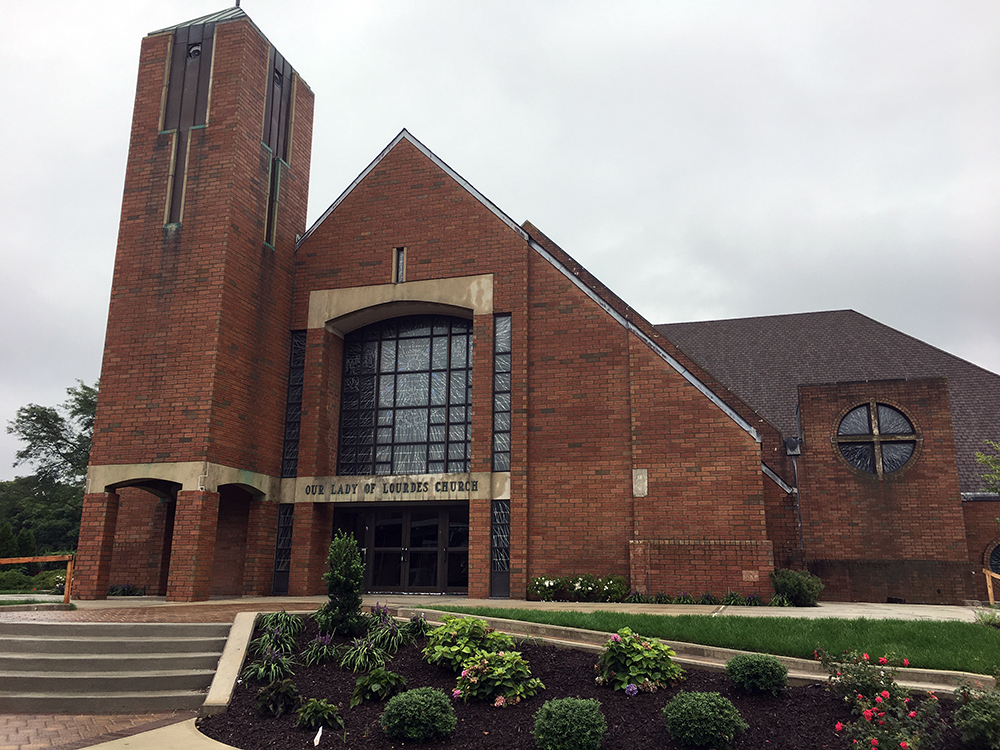 But 20 years ago, Lisante found another sort of renown after the attacks on the World Trade Centers, when he was pastor at St. Thomas the Apostle, a few miles away in West Hempstead. Between Sept. 11 and Nov. 2001, he performed a seemingly unending series of funerals for the more than 30 members of his parish who died in the towers.

His devastating run of funerals was chronicled by The New York Times. It was strange, Lisante recalled, to preside at so many funerals with no body. Too many remains were crushed beyond recovery in the building collapse.

One of those funerals was for a man whose wedding Lisante had just officiated a month earlier, in August 2001. The couple had just returned from their honeymoon. Sept. 11 had been the newlywed husband’s first day back at work.

About a decade later, the young man’s bride finally remarried. Lisante presided at that wedding, too. His voice cracks, and he wipes away tears as he recalls the story. “That was just one of so many stories,” he said.

He recalls the churches being filled with people praying, and Sunday services were overflowing. “People were overwhelmed, you know? These weren’t combatants. These were people who went to work and then died.” 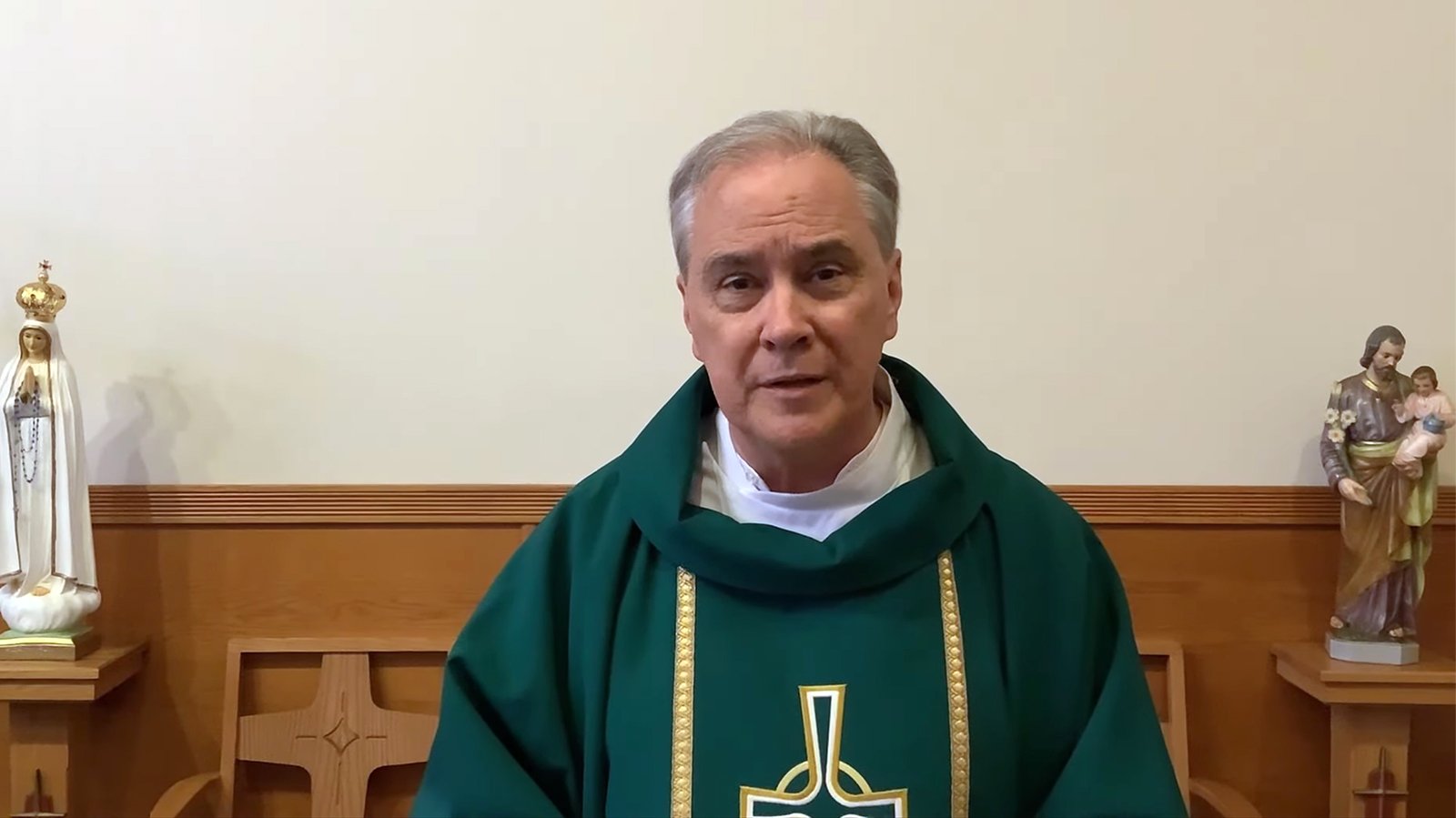 Monsignor Jim Lisante delivers a sermon during a July 2021 Mass at Our Lady of Lourdes Church in Massapequa Park, New York. Video screengrab

The morning of Sept. 11, Lisante found himself at the studios of the Catholic television station The Christophers in midtown Manhattan, where, characteristically, he’d been taping a show. That evening, he traveled as far downtown as he could before he was stopped at a police perimeter. An officer told him there were no wounded to tend to — or at least very few.

“They told me there was no in between — you either got out with your life or you were dead,” said Lisante. Still hoping to help, he went to give blood at St. Vincent’s Hospital in Greenwich Village, but they already had more volunteers than wounded.

He made his way back uptown to concelebrate an evening Mass with Cardinal Timothy Egan, then archbishop of New York, at St. Patrick’s Cathedral. He spent the next several days in Manhattan until he went back to his flock at St. Thomas the Apostle.

On Sept. 12, Lisante sat on a panel for PBS’ Bill Moyers with a rabbi and an imam. Before the panel went on air, Lisante remembers the Muslim cleric discussing the passages in the Quran that could be interpreted to permit killing non-Muslims. In response, Lisante noted Christian Scripture was capable of its own distortion toward violence.

Since then, Lisante has become better known for his involvement with the arts, which goes back to his seminary days. While working as a seminarian at a parish in Richmond Hill, Queens, he started a summer theater camp for kids. Tommy Calabro, a regular in the soap opera “Melrose Place,” even credits Lisante’s camp at Holy Child Jesus Church with starting his acting career.

“There’s a certain loneliness in the art community,” Lisante said. “People feel that the church has written them off.” 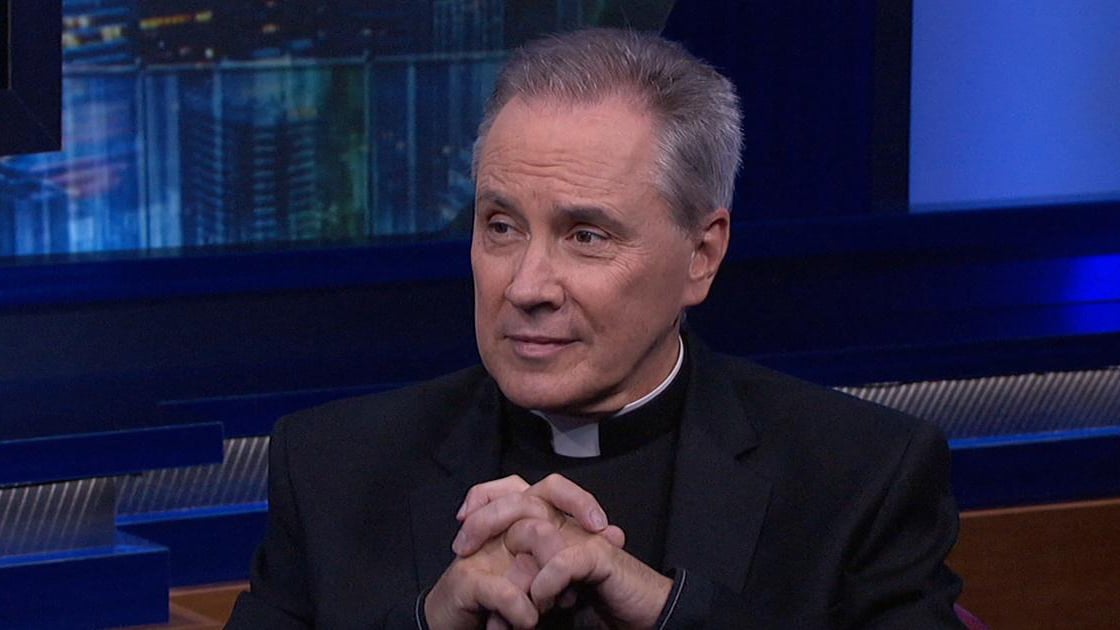 Lisante tries to challenge that belief by striking up dialogue with artists of all faith traditions and pasts. He also believes in Pope Francis’ power to convince people of the rationality of faith and for disinterested former Catholics to give their church another chance.

And Lisante takes to heart Francis’ directive to smell like his flock. “Our own priestly communities, in terms of the rectory, need to become places where we’re very much in touch with real life,” said Lisante.

Perhaps more grounding, however, is Lisante’s close-knit family. Born in West Hempstead, Lisante still has most of his family close by, including his 101-year-old mother, who moved with her (now-deceased) husband out from Brooklyn — “Just like the whole world,” said Lisante with a rich baritone laugh.

Soon after Lisante’s ordination in 1984, his younger sister experienced what he called a crisis pregnancy. Lisante told his sister he would help her through her unexpected pregnancy. He attended sonograms and doctor’s appointments with her. He was her Lamaze coach during her labor.

“It made me appreciate women more,” Lisante said. “To see what women go through to bring forth life. More men should see that,” he added.

For the first four years of his nephew’s life, Lisante said raising him was really a family project.

“I think every priest should change diapers,” said Lisante.

As to what people of faith should take from the memory of 9/11, Lisante said he hopes faith communities learn skepticism of extremism and fundamentalism in all religious persuasions.

“We have to speak out strongly to say, this is not godly — quite the opposite,” he said.

RELATED: ‘The story is still unfolding’: 10 Americans on how 9/11 changed their faith lives

He also recalls the resilience of New York’s community during the chaotic weeks following Sept. 11.

And he hopes the solidarity of 9/11 would foster this religious tolerance and solidarity.

“My hope would be that every religious group in the world would work avidly to convince their members that you cannot be a truly godly person unless you have respect for every path to God,” Lisante said.