(RNS) — Jessica Chastain remembers the “media sensationalism” that surrounded the larger-than-life image of the woman she portrays in “The Eyes of Tammy Faye.” But years before deciding to produce and star in the biopic, the actress realized she never came close to knowing who the person long known as Tammy Faye Bakker was at heart.

“The reality that I discovered is she was such a compassionate person, filled with love and empathy for others,” Chastain told Religion News Service in a recent interview.

“It was important for me to tell that true story of her, not just for her legacy, and for her children, but also for the LGBTQ community that she supported when others in the conservative evangelical community were turning their backs on them.”

“The Eyes of Tammy Faye,” set to release in theaters on Friday (Sept. 17), is based on the 2000 documentary of the same name. Chastain, who portrays Bakker and is an executive producer of the new film, purchased the rights to the documentary to tell a fuller story.

Jim and Tammy Faye Bakker, whose “Praise the Lord” or PTL show was a fixture on television for much of the 1970s and 1980s, became examples of the dangers of success and of leveraging faith to make enormous sums. At the height of their popularity, the PTL empire suddenly foundered on financial scandals, rumors of Tammy Faye’s drug addiction and accusations of sexual abuse against Jim Bakker by a New York church secretary named Jessica Hahn. 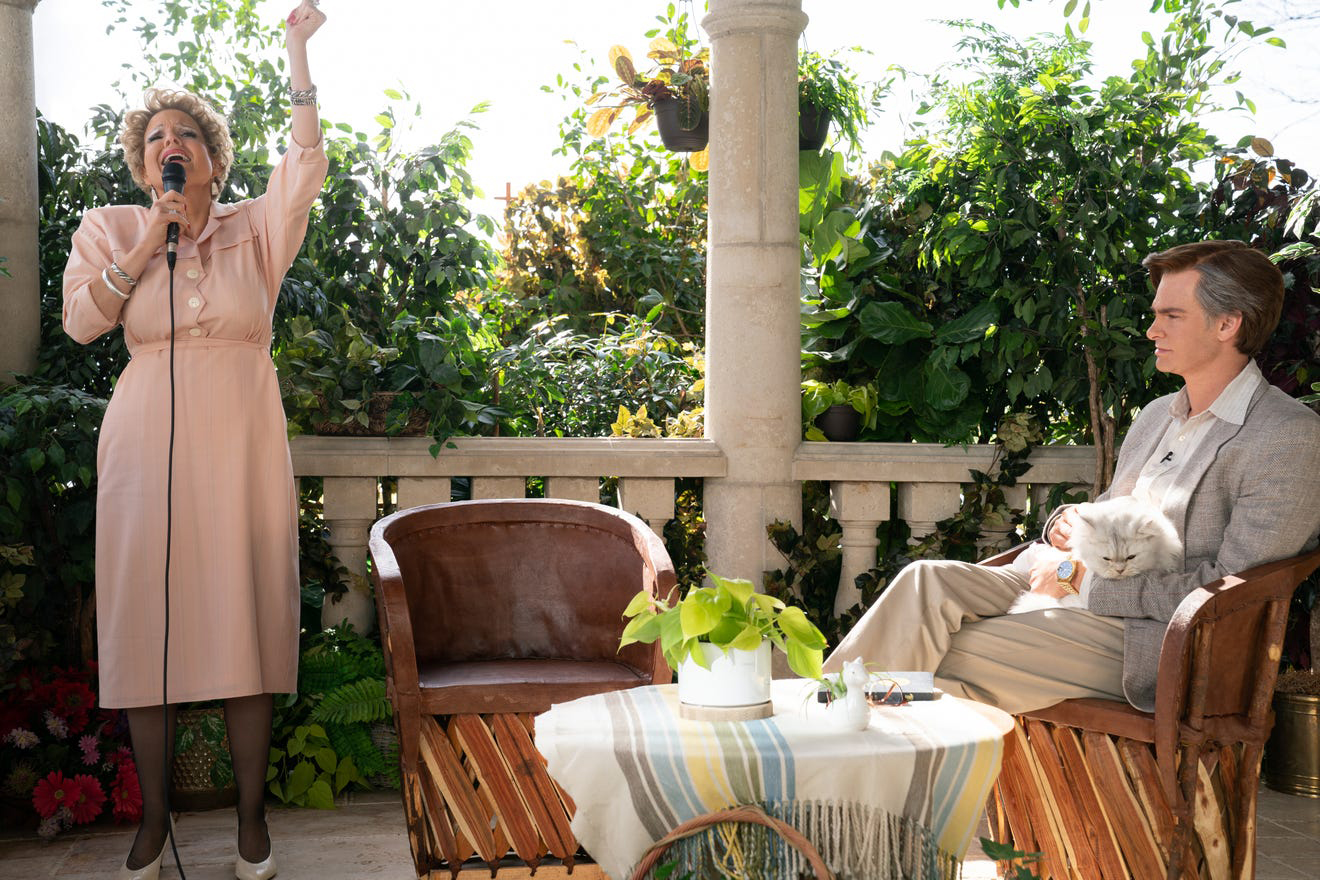 Actors Andrew Garfield and Jessica Chastain as the famous televangelist couple Jim and Tammy Faye Bakker in the biopic “The Eyes of Tammy Faye.” Photo courtesy of Searchlight Pictures

Both Chastain and Andrew Garfield, who plays Jim, said their research led them to a deeper understanding of the couple.

Unlike Chastain, the British-American Garfield knew little at first about the person he would portray.

“I came kind of fresh, without any preconceived ideas or judgments,” he told RNS in a separate interview. “So I was able to really just dive into researching him and his life and watching footage and meeting and talking to people that have known him and gathering my own instincts.”

As they became more familiar with the religion and the roles each of the Bakkers played in their rise and fall, the actors said they sought to humanize two people who had been caricatures, filling print and broadcast media with headlines about sex and money scandals.

The movie highlights both the trademarks and the traditions of the Bakkers, opening with the long-term emphasis on Tammy Faye’s heavy makeup. In one of her first lines, Chastain declares her exceptionally long eyelashes “my trademark.”

Later there are scenes where she stands by her husband as he urges increased pledges to keep their failing ministry in operation. The movie shows a young Tammy Faye being moved by the Holy Spirit when she ventures into the Pentecostal church her mother, who considered Tammy Faye a shameful reminder of her mother’s past divorce, had forbidden her to attend.

In the early 1960s, Tammy Faye met Jim at North Central Bible College in Minneapolis and they soon married. Their work as traveling evangelists, with handmade puppets crafted by Tammy Faye, was a simpler version of the ministry they would eventually build into the Heritage USA headquarters comprising the PTL TV studio, a fancy Christian hotel and an amusement park near the border between North and South Carolina.

“God loves you, he really does!” is the couple’s on-air refrain.

In 1989, Jim was sentenced to prison for bilking PTL supporters out of $158 million. Tammy Faye later divorced her imprisoned husband and returned to her singing career.

Tammy Faye, who later married her husband’s former business partner Roe Messner and took his last name, died in 2007. “The Jim Bakker Show” debuted on the 16th anniversary of the date he made his last PTL appearance, and Jim — who was released from prison in 1994 — co-hosts it to this day with his second wife, Lori.

Director Michael Showalter viewed the Bakkers as a couple who had different approaches to their faith commitment.

“She had a strong connection to the gospel and the literature, and she wanted to convey that,” he told RNS. “Whereas for Jim, it seemed like there was more ambition to kind of build a promised land for everybody to go to.” Garfield said he was not able to contact Jim Bakker for advice about his portrayal of a man whose perspective on faith seems vastly different from his own.

“I’m not involved in any organized religion,” Garfield said in the interview, describing his spirituality as one of “constant exploration” where “doubt is just as vital as faith.”

“I think, there’s a surrender that has to happen to things that are bigger than us,” he continued. “Maybe part of Jim’s downfall was that he was trying to control something that was uncontrollable and trying to be bigger than the angel he was wrestling with.”

The Bakkers’ two adult children were involved in the production, however.

“Tammy Sue actually recorded a version of one of her mother’s songs, which is a beautiful version,” Showalter said of the tune that was included at the end of the movie. “And she came and visited the set, brought her kids with her.” 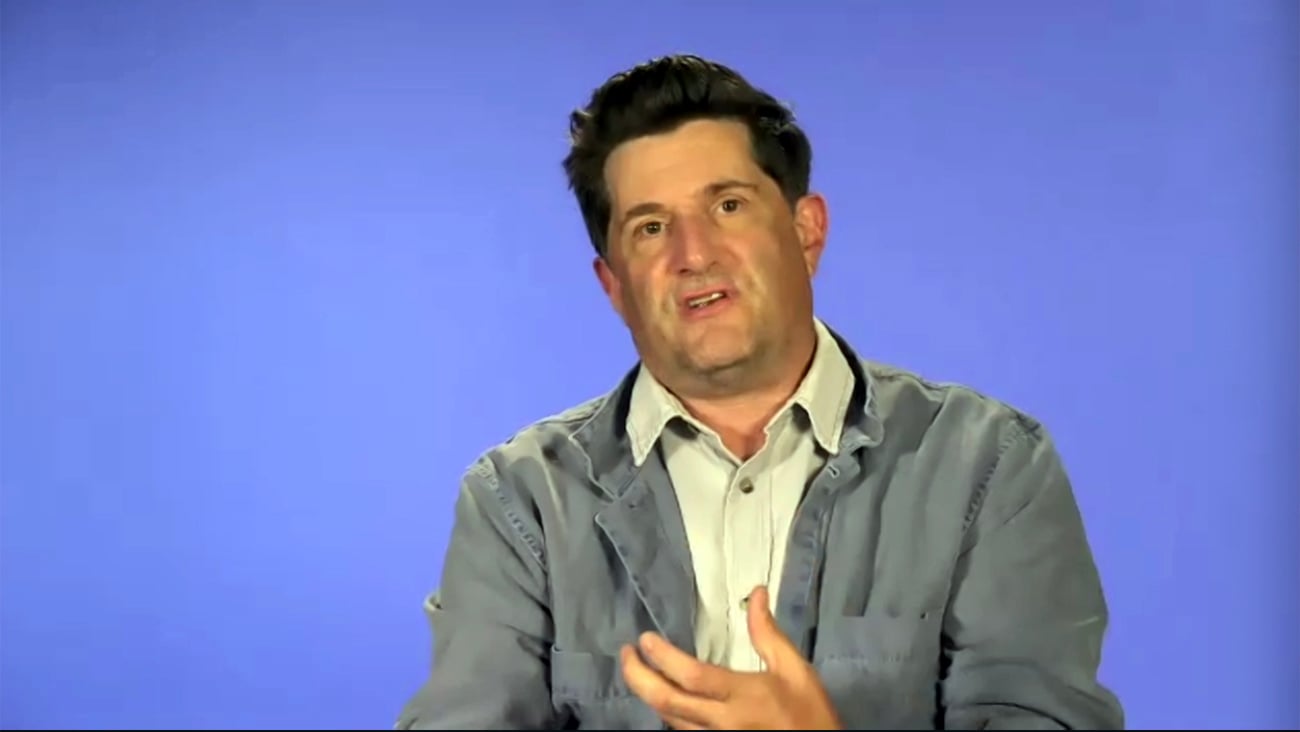 The couple’s son, Jay Bakker, has spent much of his adult life creating churches designed “for people who have given up on church” — a marked shift from his parents’ methods. Now a minister of Revolution Church in Minneapolis, he tweeted on Monday that he was headed to New York for a premiere of the movie. Earlier in the summer, he noted on Twitter of its ensemble’s work: “They humanized my parents for once and it’s nice to have their humanity recognized.”

Chastain — who said that some media reports had misconstrued a joke she made and that she had “zero damage” from the hours of makeup applications her role required — said her preparation for Tammy Faye’s songs included coaching from an expert at The Juilliard School.

The actress, who was never baptized but considers herself “a very faith-based person,” said she found Tammy Faye’s message of acceptance to be inspiring as she researched and portrayed her.

“The whole thing of Jesus loves you, just the way you are, Jesus loves the way you love, was something that really opened my eyes to what Christianity could be,” Chastain said, “that everyone is deserving of God’s love and grace.”

RELATED: AFTER THE FALL: On the road from sin to redemption, Bakker discovers a new reality