(RNS) — Over the last few years, David and Kayta Plescia of Green Valley Community Farm in Sebastopol, California, have developed a thriving crop sharing program that welcomed members to harvest their own crops or pick flowers and even offered potato digs for kids. But this year, the farmers had to cancel their vegetable sharing program for one fundamental reason: There wasn’t enough water.

On Wednesday (Sept. 22), Pray.com launched a campaign called Pray for Rain to raise funds for family farmers like the Plescias afflicted by historic droughts in California. The app, which boasts 10 million users, is partnering with Community Alliance with Family Farmers and will match each donation dollar-for-dollar, up to $25,000, until Oct 31.

The unlikely pair will put donations directly toward small-scale California farmers impacted by the drought, the worst the state has seen in decades. Farmers operating on thin margins are already coping with labor shortages due to COVID-19 and fire risks. Now, they’re facing record-breaking high temperatures and water shortages.

“The drought is the kicker for a lot of these farmers,” said Evan Wiig, director of membership and communications at CAFF. “In the last few days, I’ve been on the phone with so many farmers. They’re wondering, when I’ve worked 80-hour weeks, I’m covered in sweat and I’m barely making ends meet, should I continue? Should I buy the seeds for the next season?” Farmer David Plescia of Green Valley Community Farm points to where the water level ought to be in an empty reservoir in Sebastopol, California. Photo © Kelsey Joy Murphey

“California supplies two-thirds of the nation’s produce,” said Steve Gatena, founder and CEO of Pray.com. “We have a responsibility to tend to the land. It’s really not just about California, it’s about the entire country.”

Based in Santa Monica, Pray.com advertises itself as the world’s No. 1 app for daily prayer and Bible-based audio content. It offers Bible bedtime stories, Scripture-based meditations and James Earl Jones Bible narrations, all based on the King James Version of the Bible.

The idea for the campaign came to Gatena after seeing “Pray for Rain” signs displayed on farms alongside a California freeway.

“There are these handwritten signs lined up along the road, on the edge of literally what used to be crops. And now it’s parched earth that’s turning into dust,” said Gatena. “It’s a cry for help. I see that as a call to action for people with faith, not just for Christians but for anybody with a faith that believes in the power of prayer.”

RELATED: The climate apocalypse is real, and it is coming

In addition to raising funds, the campaign includes a Pray for Rain podcast series. The five-part miniseries, available in English and Spanish, shares the testimonies of California farmers impacted by drought. It also provides insight from experts on how the drought is affecting the local ecosystem. Gatena said the campaign fits seamlessly into Pray.com’s mission.

“When I read the Bible, to me it’s very clear that we are responsible for caring for our environment and for one another,” he said. “It’s critical that we make prayer a priority, and also that we take action to cultivate the environment that we need to care for one another.” 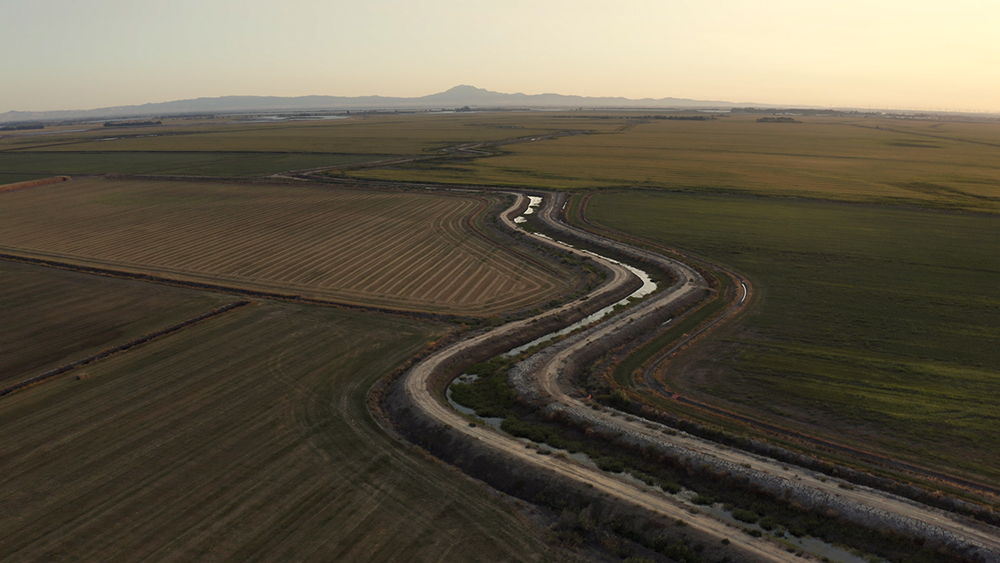 California is currently experiencing one of its worst droughts on record. Photo courtesy of Pray.com

Pray.com’s partnership with CAFF comes at a crucial time. Wiig said that when CAFF launched its emergency fund for farmers facing catastrophe in August, it received seven or eight times more applications than it could fund. Now, 100% of donations raised through Pray for Rain will go to that fund.

In addition to helping family farms survive the current drought, CAFF is working to build long-term sustainable farming solutions — something it has focused on since the California nonprofit was established in 1978. CAFF partners with farmers to boost water efficiency, build up the organic matter in their soil and adapt their farming practices for a drier, hotter climate.

“If they go out of business, that farm gets turned into a housing development, a strip mall or more acreage for a large corporate farm,” said Wiig. “We need to make sure that the small farms we do have left in this country can survive. That requires everyone to step up: state and federal legislatures, individual consumers, even places of worship coming together and recognizing how important the farms are to their community.”