LOS ANGELES (RNS) — California Gov. Gavin Newsom has launched the Governor’s Council on Holocaust and Genocide Education as a way to help students and teachers “recognize and respond to on-campus instances of anti-Semitism and bigotry.”

The council will develop a volunteer speaker’s bureau, which could involve Holocaust survivors, to guide lessons about genocide, as well as host seminars for educators and students.

Newsom made the announcement Wednesday (Oct. 6) at the Museum of Tolerance in Los Angeles.

RELATED: Poll: What do Americans know about the Holocaust? Some, not much

“National surveys have indicated a shocking decline in awareness among young people about the Holocaust and other acts of genocide. But in California, we are offering an antidote to the cynicism that this is how things are, and responding to that hate the best way we know how — with education and empathy,” Newsom said in a statement.

In a 50-state study of millennials and Generation Z in the U.S. last year, researchers found 63% of respondents did not know that 6 million Jews were murdered in the Holocaust, and 48% could not name a single concentration camp. 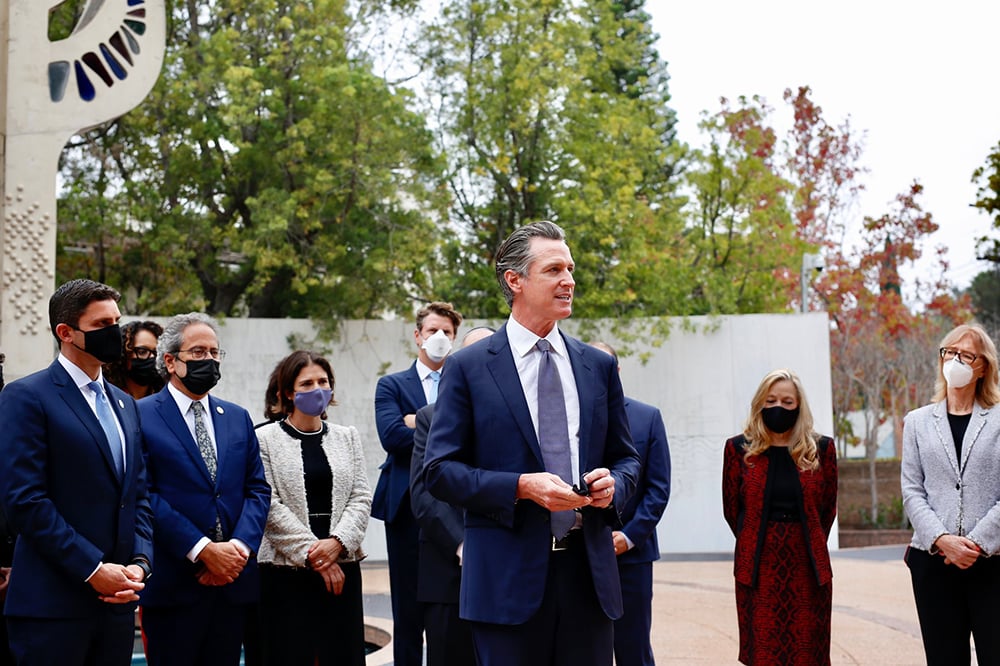 A 2019 Pew Research Center poll of 10,971 Americans found that less than half of Americans could correctly cite the number of Jews killed in the Holocaust, and even fewer correctly answered that Adolf Hitler became chancellor of Germany through a democratic political process.

“The fundamental fear of the Holocaust is pretty pronounced when you look at the number of young people that don’t know, never heard of Auschwitz, don’t know what the Holocaust is, don’t sometimes believe it,” Newsom told Jewish Insider. “I mean, they’re getting their history from Instagram. This is ominous. And so we have to make up for that.”

The announcement comes as a number of Holocaust survivors have urged members of the California Legislative Jewish Caucus to vote against a bill that would make ethnic studies a high school graduation requirement, over fears of antisemitism in the curriculum.

The state’s budget has also allocated $10 million for the Museum of Tolerance in Los Angeles to create a new exhibit on antisemitism, $2.5 million to expand the Holocaust Museum LA and $2 million to contract with nonprofits that teach about the Holocaust.