(RNS) — Churches are — or were — places where people gathered to celebrate and to mourn, to pray and to socialize, and to learn about the truth as their denominations presented it.

Most folks used to look to religion to answer two big questions: Who am I? Why am I here? Their faith institutions answered them through dogma and Scripture.

Social media has been eroding those functions for some time, but now, when we thought things could not get worse, a disgraced former U.S. president, currently banned from major social media and ignored by most other outlets, is claiming ownership of the truth or, as he characteristically puts it, TRUTH.

The Trump Media & Technology Group will include TRUTH Social, a television and radio channel called TMTG News, and TMTG+, which is billed as a rival to Netflix.

RELATED: Pope Francis wants to disrupt church hierarchies, but for women it may not be enough

A promotional video for TRUTH Social, a purported Twitter competitor that can be pre-ordered at the Apple app store, shows the usual social media fare of text blurbs mixed with footage of a dancing ape. TMTG News promises to be FOX News on steroids. TMTG+ is proposed as a streaming website.

Former President Donald Trump’s choice of names for his new media ventures reminds us that while most people recognize the four types of truth (objective, normative, subjective and complex), we are all prey to confusion.

To be clear: 1) Objective truth can be simple: “The sky is blue.” 2) Normative truth depends on our shared custom. We agree that “blue” is the name of the color of the sky. 3) Subjective truth is harmless enough: “I am warm.” 4) Complex truth is where things get difficult: individuals often focus on the truth that suits them best.

The objective truth is that Trump is no longer president of the United States, having lost to Joseph R. Biden Jr. in a fair election. I suspect that TMTG expects to change the normative and subjective truth, making use of complex truth.

That is: Trump intends to mold public opinion and subjective truth via TRUTH Social and TMTG News, to manufacture “objective” truth. His continued argument is that the current media environment is populated with lies. 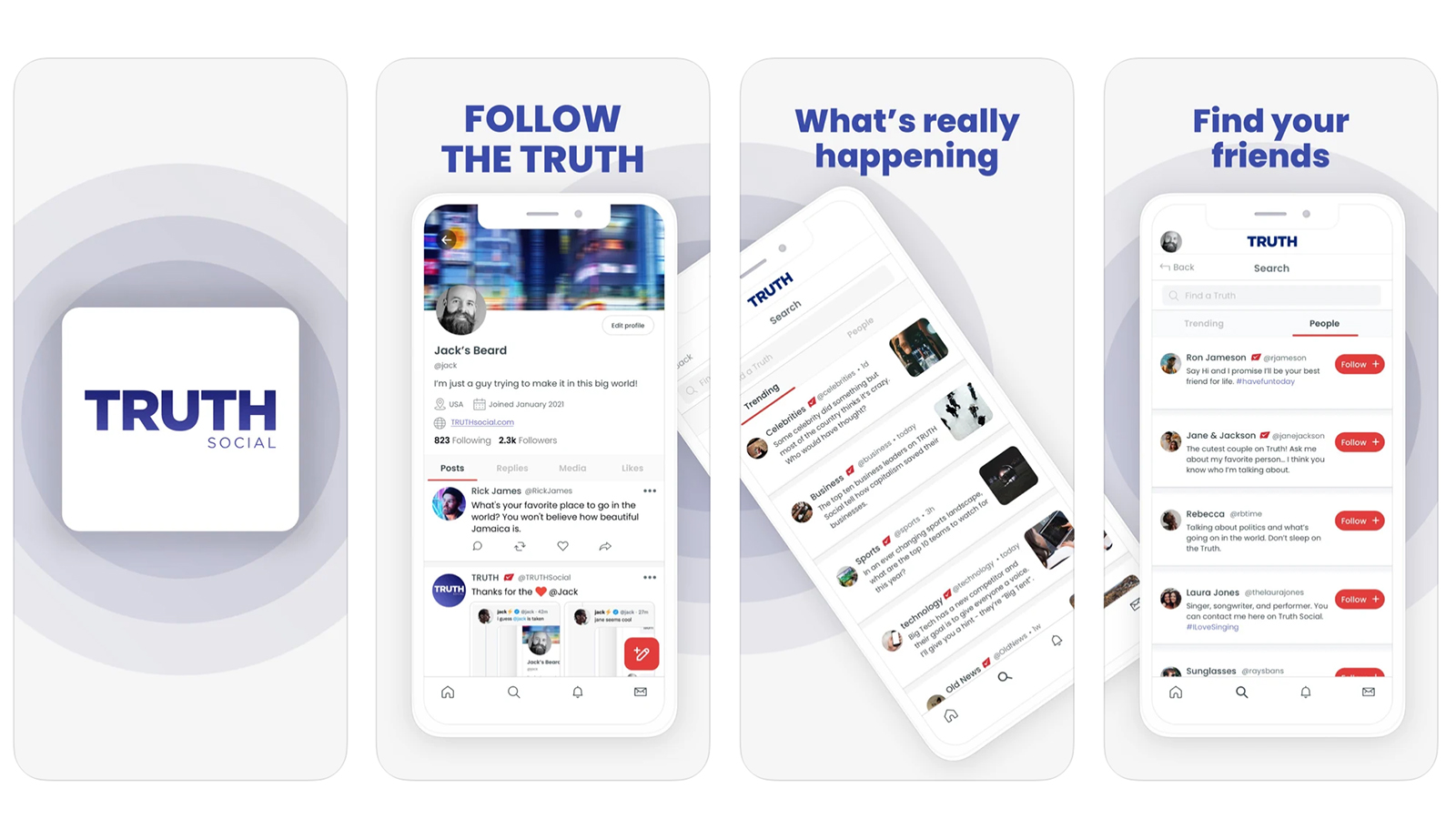 What does this have to do with religion?

Religious organizations once cornered the market on the platforms where people discussed what mattered in their lives. Until the middle of the last century, the Catholic Church was the major presenter of Christian stories in color: Think Sistine Chapel, and centuries of sculptures, mosaics, frescoes and paintings.

Then, 1916 brought Technicolor to motion pictures. Color televisions began to arrive in homes in 1953. The internet marched steadily across the last quarter of the 20th century. We grew both more connected and more disconnected. The church that once had the most efficient command and control system for information — Vatican Radio was set up by Guglielmo Marconi himself — rapidly lost ground to these other platforms.

Today, all churches have lost control of the truth as they see it. Truth is no longer a religious understanding. Truth is now a political issue.

Social media delivers truth via algorithms, which present information according to the users’ existing biases — the definition, perhaps, of complex truth.

Churches and church teachings are no competition. Major religious teachings, properly preached, are rooted in the belief in an objective reality: God. Over the years, subjective truths have interfered with communal belief, factions formed and denominations appeared. But even then our ecumenical bonds are greater than our barriers.

RELATED: Why it’s hard to find a good Catholic in American politics

But whereas an age ago once-in-a-lifetime opportunities to hear a famous preacher or see a stunning, awe-inspiring artwork were the rare exception, today they are mundane realities. Meanwhile, a click away are offerings on radio, television, Instagram, Twitter, Netflix, Facebook (henceforth to be known corporately as Meta) and, soon, TMTG’s basket full of deplorable lies.

Truth, like people, is real. As the Velveteen Rabbit reminds us, reality and real people cannot be ugly, except to people who don’t understand.

We all need truth, not lies. The incoming attack by TMTG is an attack on reality itself.

(Phyllis Zagano is senior research associate-in-residence and adjunct professor of religion at Hofstra University. Her most recent book is “Women: Icons of Christ.” The views expressed in this commentary do not necessarily reflect those of Religion News Service.)