NAIROBI, Kenya (RNS) — A string of unexplained abductions and killings of Muslims is worrying faith leaders, who now demand action and answers from the government.

At least 40 members of the Muslim faith have been abducted by unknown assailants since January, and only 10 have returned to their families, according to the Supreme Council of Kenya Muslims. These numbers do not include those kidnapped in the predominantly Islamic northeast.

Muslim leaders say the government’s campaign against terrorism has transformed into war against Islam and Muslims. “We are witnessing a deliberate strategy of instilling fear among Muslims and discouraging them from going to the mosques, which are supposed to be sanctified places,” said Sheikh Hassan Ole Naado, the chairman of the Supreme Council of Kenya Muslims.

“Despite numerous calls on the government to investigate and put an end to these violations … the state has opted to remain silent,” said Ole Naado.

The government denies the allegations.

The incidents are attracting the attention of Christian leaders, who have been collaborating with Muslims in Kenya in peace and interfaith dialogue, development and humanitarian work.

“This should be a concern of all Kenyans,” Roman Catholic Bishop Wilybard Lagho, of the Diocese of Malindi, told Religion News Service.

The kidnappings, which have focused on Muslim scholars and businessmen, have left some of those abducted traumatized after they resurfaced after a few days; others have disappeared without a trace.

Recently, Kenya experienced a series of bloody attacks on churches, government installations and public places, for which al-Shabab, the Somalia-based al-Qaida affiliate in East Africa, has taken responsibility. In response, the government has moved to strengthen counterterrorism efforts. 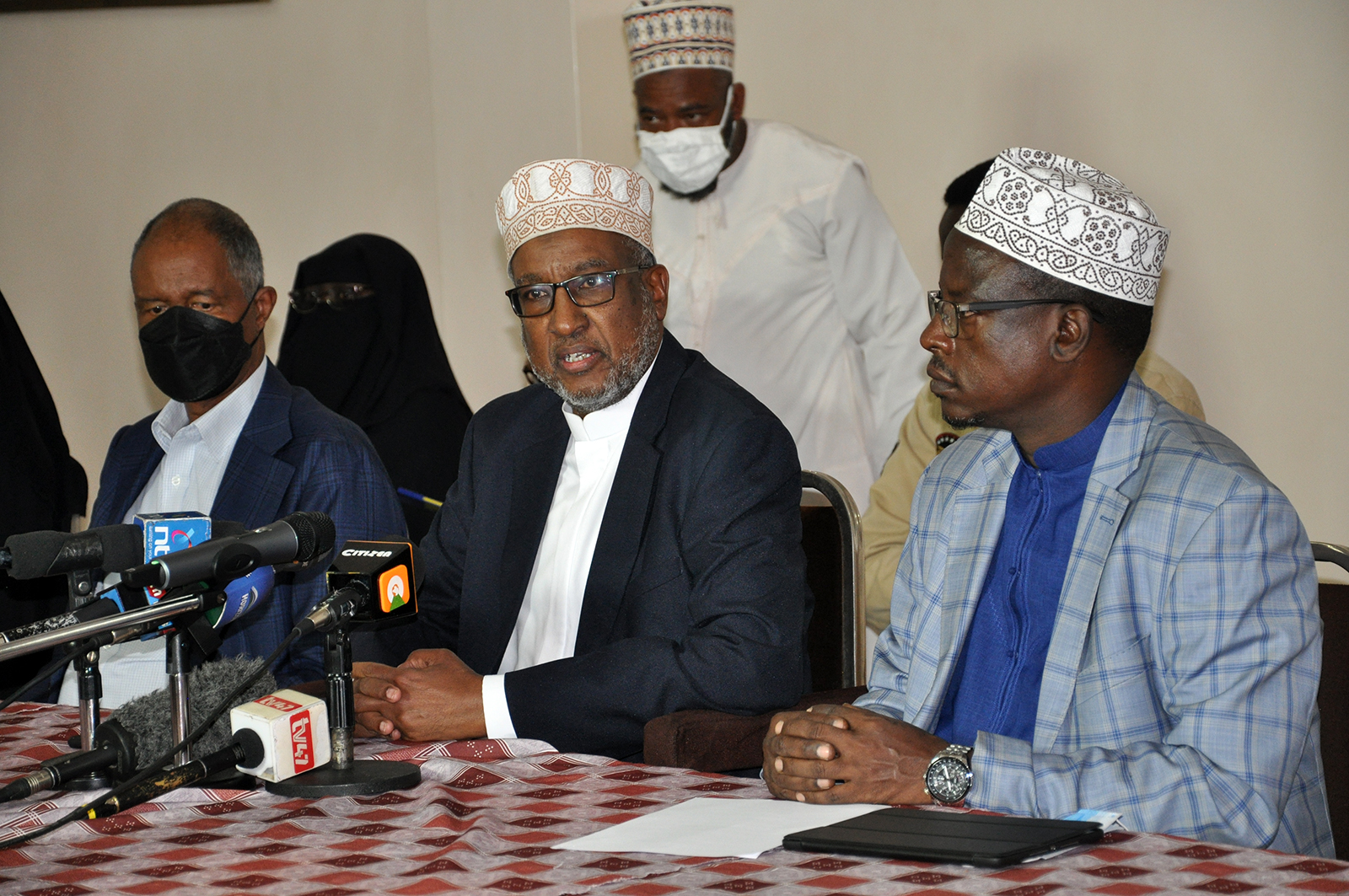 Sheikh Abdullahi Abdi, center, the chairman of the National Muslim Leaders Forum, speaks during a news conference at the Jamia Mosque in Nairobi, Kenya, on Oct. 29, 2021. RNS photo by Fredrick Nzwili

Muslim leaders and human rights groups in the country accuse the government of extrajudicial killing, torture, arbitrary arrests and forced disappearances and of interfering with the freedom of assembly and worship, as it implements its anti-terrorism activities.

Lagho does not rule out the involvement of al-Shabab. “Terrorism has a very big network,” the bishop said, and the terrorist organizations may have reasons to abduct people “if they think the people have a lot of information or they think they have betrayed the organization,” he said.

But those kidnapped don’t fit any consistent profile. In the latest incident, Hassan Nandwa, an Islamic scholar, academician and lawyer, was abducted Oct. 28 after leaving prayers at the Jamia Mosque in Nairobi. Ten days later, he was dropped in Mwingi, a town about 100 miles away. Earlier, in September, Sheikh Abdiwahab Abdisamad, a religious scholar and regional security analyst, was kidnapped, only to reappear 12 days later.

According to the Supreme Council of Kenya Muslims, two weeks before Nandwa’s abduction, 22-year-old Mohammed Abubakar Said was abducted from a mosque. He has never been found. Yassin Mohmoud, an ambulance driver in Lamu County, and Hassan Dahir Osman, a businessman, have been missing since June.

“Muslims in this country are under siege. They are targeted. There are human rights abuses committed on a massive scale,” said Sheikh Abdullahi Abdi, chairman of the National Muslim Leaders Forum. “We are going to mobilize Muslims to the last person to ensure our rights are protected,” he added.