(RNS) — Halfway into the new Netflix documentary “Procession,” Tom Viviano, clad in a black clerical shirt and tab collar, is nearly in tears talking about how difficult it is — as a victim of clergy sexual abuse — to wear the clothing associated with priests in a church setting.

“This has not been easy to put this on, to sit in the room like this,” Viviano says in the film, which premiered Friday (Nov. 19). ”But it is a way that I can contribute.”

Viviano is one of six men who have accused Catholic clergymen of sexually abusing them as boys and who find empowerment years later by creating short films of their own about their trauma.

Viviano was not able to tell his own story because his case was still in the courts, but he found his own outlet by portraying a priest and accompanying others in the journey. “I am able to act for the other guys, and I feel very honored and privileged to be able to do this,” Viviano said.

The film follows the six men as they lean on each other while they scout for filming locations inside churches or at the sites where they were abused, and as they build storyboards and brainstorm ideas — all while processing their individual experiences of being sexually abused.

None of the alleged abusers has been charged with a crime, though four of the men have won settlements in civil lawsuits. For some, it was their first time openly talking about their abuse with others who have experienced the same. In one scene, Dan Laurine and Joe Eldred embrace after they find out they were both abused in a setting around a lake.

“This is like a moment years in the making, you know that?” Eldred says, as he, along with Laurine and Michael Sandridge, another victim featured in the film, approach the lake house where Eldred was abused.

Eldred braces himself as they walk toward the house and says, “For every boy that was brought here.”

The film came about after attorney Rebecca Randles, in an August 2018 press conference, called on Missouri and Kansas authorities to initiate grand jury investigations into clergy sexual abuse in their states. Sandridge, Viviano and Mike Foreman spoke at the press conference.

“I’m now 62 years old and I still live the pain for what happened to me when I was in grade school,” Viviano said.

“It is an absolute poverty that the statute of limitations is the crown jewels of the Catholic Church. What does God and Jesus Christ think about that?” said Foreman at the press conference.

Robert Greene, the director of “Procession,” told the Kansas City Star recently that he and his producer called Randles after seeing the press conference to express interest in working with the men for a project.

In one of the short films, Eldred breaks down as he directs a young actor portraying him as a boy in confession, a scene taken from his own abuse. Eldred directs Viviano, as the priest, telling him express anger toward the child actor, and writes down the words he wants Viviano to say: “If you ever tell anyone about us, your parents will disavow you. You will be kicked out of the church and you will all go straight to hell.”

In reaction to the film, a group that serves people harmed by clergy sexual abuse, “Journey to Bethany,” is hosting three ‘healing sessions,’ beginning Nov. 30, to provide a space for those who want to discuss it. The next two sessions will be in December and January. Counselors will be on hand.

“As the film portrays, our diocese does have a history of clergy sexual abuse,” said Jennifer Prusa, the director of “Journey to Bethany.” 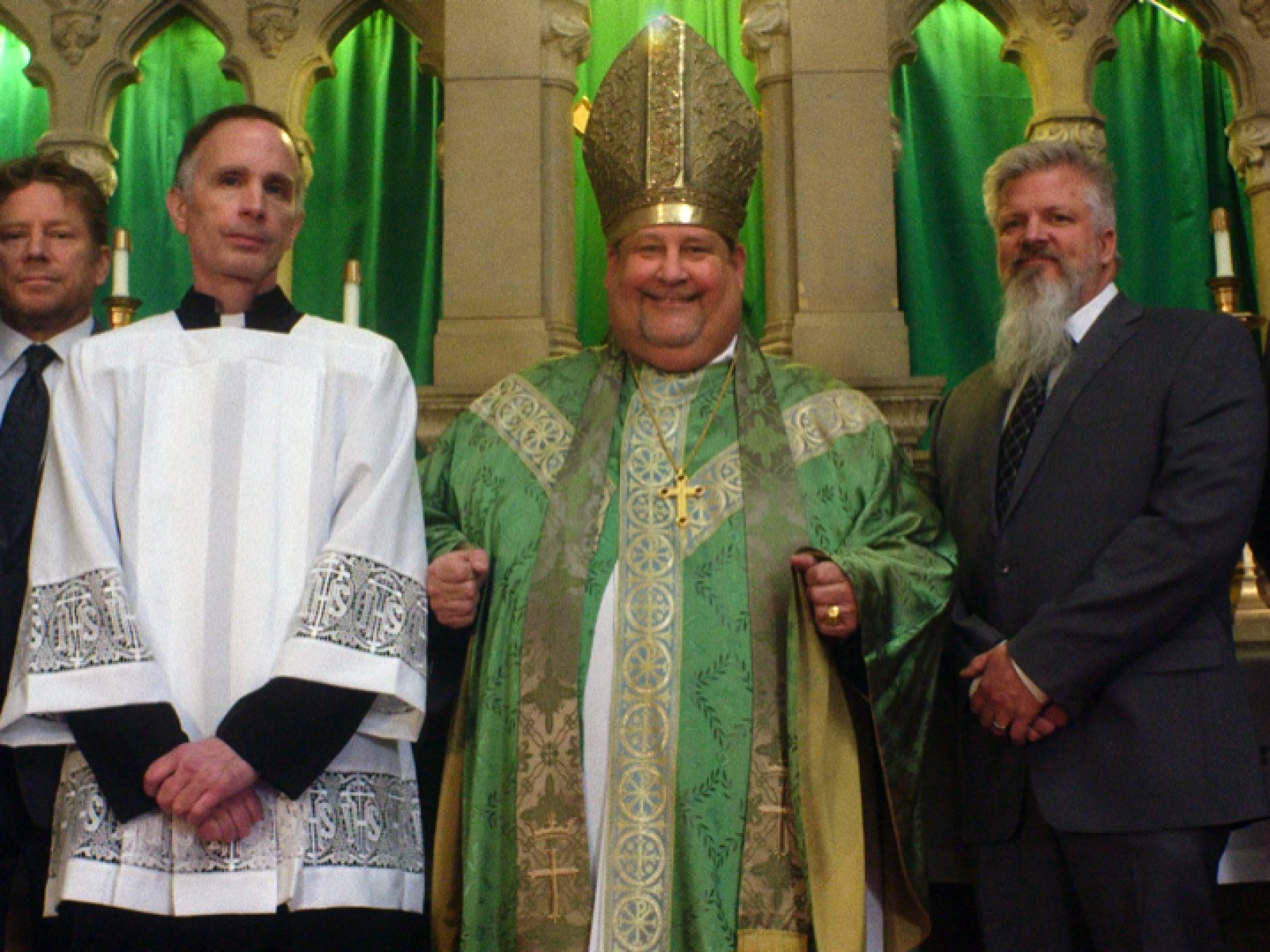 The sessions, which will be held in libraries, are set up “to help people work through the emotions they might be feeling.”

Prusa said they are working on hosting an online discussion and said they are open to facilitating a session with parishes seeking to do so.

The organization, which formed around 2018, is independent but works in partnership with the Diocese of Kansas City-St. Joseph’s Office of Child and Youth Protection. It helps connect people with counseling services and can facilitate support groups and help people understand what to do if they or anyone they know want to report clergy sexual abuse.