(RNS) — In an unexpected reversal of policy, the Indian government announced Friday (Nov. 19)  it would repeal agricultural reforms passed a year ago that triggered massive protests — including one that drew some 250 million demonstrators and has been called the largest in human history.

For a year after the measures were passed in September 2020, farmers camped out in the streets of New Delhi, enduring a scorching summer, a bitterly cold winter, police brutality and a deadly pandemic. More than 700 died.

Given the cost, celebrating their victory is difficult. Those lost are exactly the kind of people we want walking in this world with us, showing us what it means to be kind and generous and wholehearted.

And the fight is not over. Those who understand why the farmers protested — as well as those who engage in activism in any context — know that moments like these can feel more like beginnings than ends.

For one thing, the government’s grain incentives, which left the country with large surpluses, still need to be remedied. While many of the farmers themselves supported reforms, the Modi regime’s market-based changes — and sudden evaporation of official oversight — would have caused a price collapse, impoverishing whole rural regions.

So while repealing the government’s inhumane reforms was a positive step, genuine reforms are needed to enhance Indian farmers’ lives. A culturewide shake-up is necessary to remove the shackles that India’s agricultural, economic and social infrastructure has put on the working class.

Few engaged in this fight, furthermore, expect that the government of Prime Minister Narendra Modi has ended its campaign against marginalized communities, which has resulted in widespread human rights abuses. When Modi made the announcement last week, not so coincidentally timed to coincide with Guru Nanak’s birth anniversary (many of the protesting farmers were Sikhs), I immediately began thinking about the government’s machinations. What were they up to? What’s their endgame here? 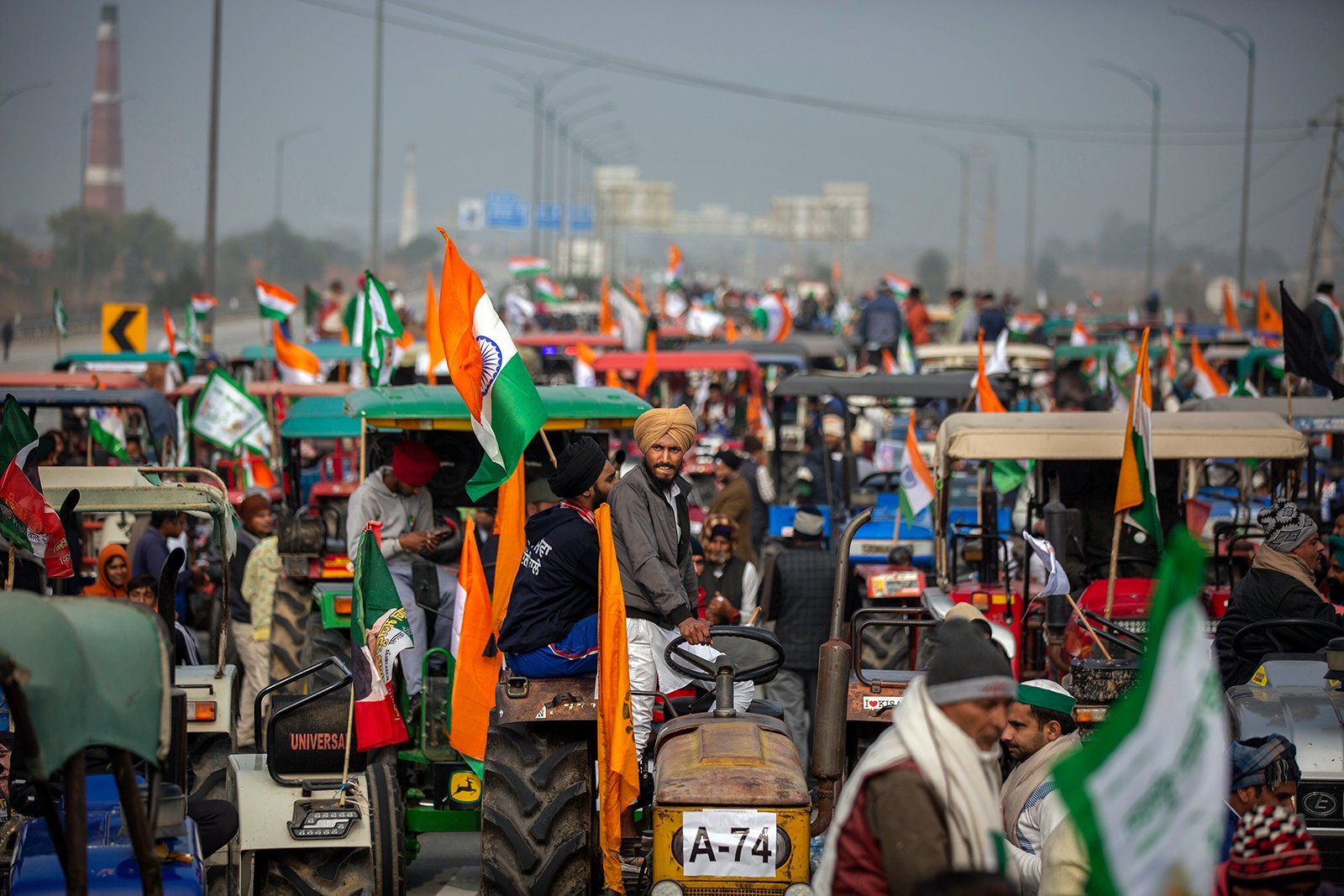 Indian farmers participate in a tractor rally in a protest against new farm laws at Ghaziabad, on the outskirts of New Delhi, on Jan. 7, 2021. (AP Photo/Altaf Qadri, File)

This cynicism and doubt, I have come to realize, only serves those who would use it as a weakness. I have a responsibility to those who died and those who lived to feel something more generous: hope. In a world where change is slow and pushing for progress can feel futile, where injustice feels like the rule rather than the exception, there’s something to be said for witnessing a barbaric power surrender to a group of nonviolent farmers.

Seeing the protesters’ resolve is indeed inspiring; seeing their ability to effect change should give us all hope. When it feels as if the political system, society at large or the universe itself is conspiring against us, it’s still worth trying, not just because it’s the right thing to do, but also because nothing is futile.

It’s the tiny difference between impossibility and implausibility that can make all the difference in the world for us. With impossibility, we might fall into the trap of nihilism, which so many of us have felt the past few years: “Nothing will change anyway, so what’s the point?”

The victory of the farmers’ protest forces us to reconsider. Its commitment demanded that intractable injustice give way to plausibility: “Perhaps we can make the change we want to see, so let’s give it our very best shot.”

There are many lessons to take away from the farmers’ protest — for organizing, for justice, for our individual happiness and more.

We can find hope in the farmers protesting in India. The sheer scale of their movement reminds us that we are not alone and that there are millions among us who care about fairness and dignity for all. And let’s not overlook what they’ve been able to accomplish too, sticking with their convictions and risking their lives to ensure a better world for all of us.

This is why it’s so important for all of us to take a moment and celebrate — in spite of the high costs and despite knowing how much more work we have ahead of us. Recognizing the magnitude of the moment instills in us hope, and hope is the fuel we all need to continue our fights for justice.