(RNS) — When Allison Hottinger and Lisa Kalberer’s children were small, the sisters had no trouble coming up with ways to make the Christmas season feel magical for them. What was more difficult, Kalberer said, was making it feel meaningful.

That is, until Hottinger remembered an unusual holiday decoration she’d seen at a friend’s house when she was a little girl: a small wooden manger. When she asked about it, her friend told her that whenever her family did something kind, they added a piece of straw to the manger.

The sisters, who were raised in a Christian home, searched stores and the internet but couldn’t find anything like it. So they created their own.

This Christmas, they’re celebrating 5 million acts of kindness all over the world, inspired by what they call “The Giving Manger.”

“It is a constant stream of messages from people with little tiny kids who thank us for just having something that’s focused on the real meaning of Christmas,” Kalberer said.

The Giving Manger wasn’t an immediate hit with the sisters’ kids, though, she recalled. 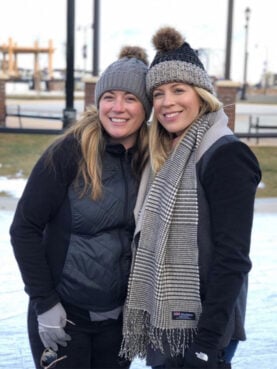 Hottinger’s husband created the first manger in their garage. Hottinger bought straw for it from a craft store.

When they presented it to their five children, they were less than enthused.

So Hottinger started by doing small acts of kindness for them, placing a piece of straw in the manger when she put their shoes away or picked up their toys. Pretty soon, they joined in, wanting to create a soft bed for the clay baby Jesus they placed inside on Christmas Day.

When friends and neighbors began asking for something similar, Hottinger and Kalberer launched a Kickstarter for a boxed set that includes a small wooden manger, a clay Jesus and about 50 pieces of straw, as well as a picture book, titled “The Giving Manger,” that explains the tradition, with illustrations by artist Emily King.

In the years since, the tradition has continued to grow as influencers and everyday people have made The Giving Manger part of their Christmas celebrations and shared about its impact. Fans include celebrity chef Jamie Oliver and his wife Jools Oliver, who posted about her family’s tradition on Instagram.

“Being kind is THE only thing that matters and we hope they carry this tradition through to their little families too,” Jools Oliver wrote.

Kalberer said she’s moved by the acts of kindness she sees kids doing each year.

They aren’t necessarily big things, she said. The Giving Manger website includes ideas like sharing toys, cleaning bedrooms or, for older children, visiting an elderly neighbor. And it doesn’t matter how many pieces of straw end up in the manger for baby Jesus’ bed — “his love doesn’t change,” she said. 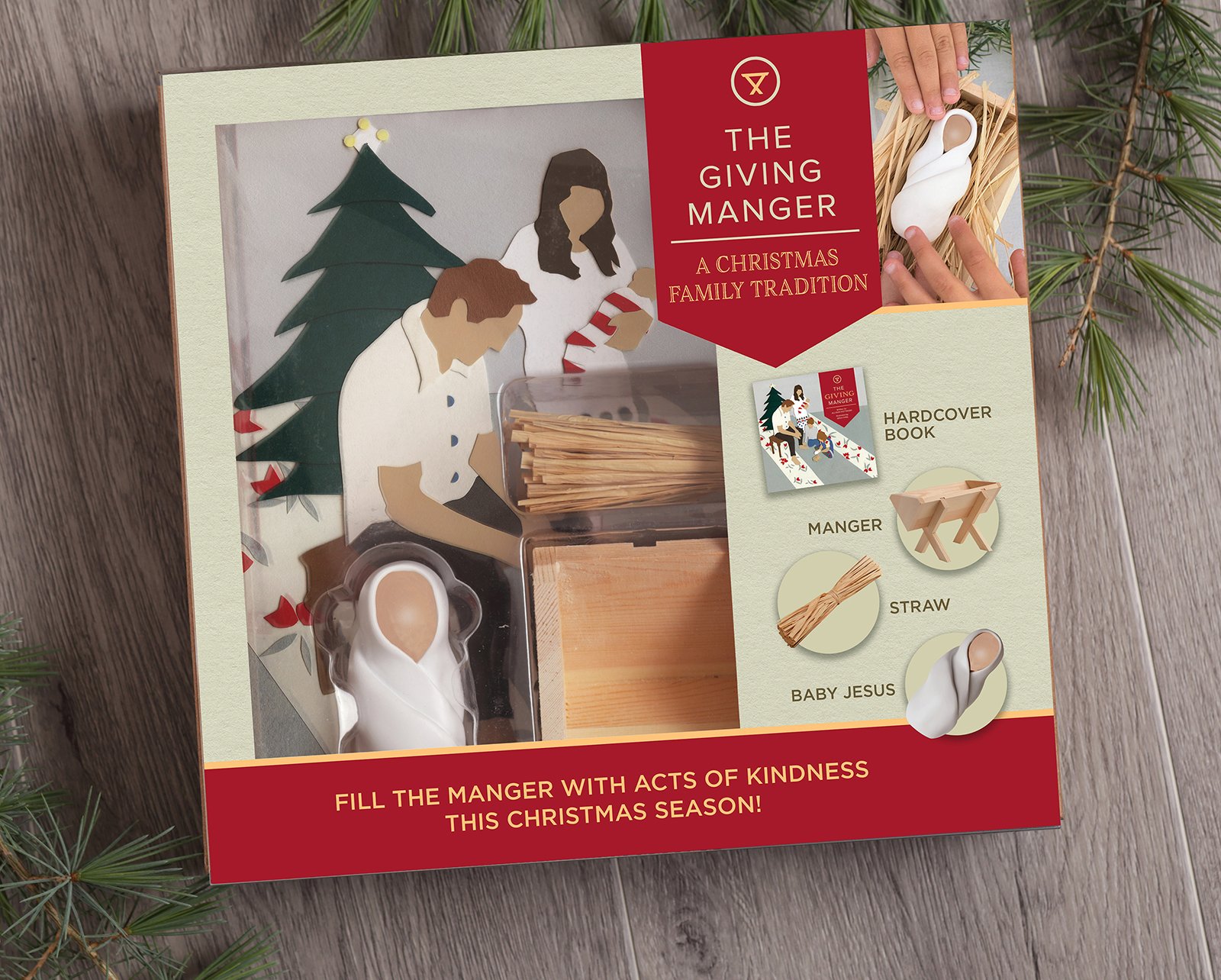 She remembers her own son, now nearly 15, insisting on bringing boxes of candy canes to the airport as they traveled to visit family one Christmas years ago. While she stressed over tickets and luggage and making it to their flight on time, he handed out the candy canes to people working at the airport to let them know their work was appreciated.

“I was out of my mind that he thought that extra step of who really needed a candy cane, and we had people at the Delta desk crying,” she said.

The sisters may have been surprised by the success of The Giving Manger, but, as a mom, Kalberer said she understands why it has resonated with families and how acts of kindness get to the heart of the story of Jesus’ birth, which Christians celebrate at Christmastime.

The message of Christmas is peace and joy, she said.

“It’s hard to be in a bad mood when you’re doing something for somebody else,” she said. “It’s just hard to not feel that peace and joy and all the things we’re trying to celebrate.”