DURHAM, N.C. (RNS) — The welcome team drove a U-Haul truck more than 100 miles to pick up donated tables, chairs, mattresses, bed frames and bookcases. Team members paid the first and last month’s rent plus the security deposit on a rental home. Then they stocked the house with pots and pans, linens and towels and a pantry and refrigerator full of food.

But Judea Reform Congregation’s efforts to support a single, seven-member Afghan family are not nearly complete. A “co-sponsorship team” is now taking over, helping the family, which was evacuated from Afghanistan after the collapse of the U.S.-backed government, to find jobs, learn English and acclimate to American life.

Judea Reform is one of dozens of Jewish synagogues partnering with a U.S. resettlement agency — in this case, Church World Service — to co-sponsor an Afghan family for a minimum of four months and help the family transition to life in the United States.

U.S. refugee resettlement agencies, struggling with strained resources and a shortage of affordable housing, are welcoming such co-sponsorships, many from faith-based groups, as they try to settle the crush of some 73,000 people evacuated after the 20-year war in Afghanistan ended in August.

Now there’s another option. In October, the U.S. State Department began  allowing private citizens in groups of five to form “sponsor circles” around Afghan evacuees. These private groups will do the work that the national resettlement agencies and their faith-based partners have been doing for years — helping refugees find housing, furniture, jobs, government benefits and whatever else they need to start anew.

The program marks one of the biggest changes to the resettlement program since the Refugee Act of 1980, which enlisted the help of nine faith-based agencies in a newly formalized process for settling refugees, was put in place. Here too, it is envisioned, religious groups will play a big role. 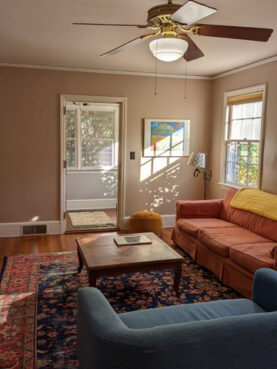 HIAS, the only Jewish agency among the nine official faith-based resettlement partners, is helping in the new effort. The agency has begun a campaign in Jewish communities and among synagogues in particular to take on private sponsorship of Afghan arrivals.

“We knew the Jewish community was ready and could be there to respond at this moment and welcome these new neighbors in their communities,” said Merrill Zack, vice president for community engagement at HIAS.

About a dozen synagogues from Atlanta to Los Angeles are now forming groups of volunteers to resettle Afghan families, including 37,000 Afghans still living on military bases and waiting to be resettled in cities and towns across the nation.

Congregation Rodef Shalom, a Conservative synagogue in Denver, has formed a team of eight, including its rabbi, and is now applying to the Community Sponsorship Hub, the nonprofit charged by the State Department to oversee these private resettlement teams.

“We have to help these people,” said Meredith Levy, a member of Rodef Shalom who has helped the synagogue’s team raise $16,000 for the effort so far. “There’s no other option. They can’t live on military bases forever.”

Each member of the resettlement groups will go through background checks, commit to raising $2,275 for each evacuee (to replace money typically provided by the federal government), find housing and basic necessities and connect families and individuals to relevant services, including health care, education and jobs. 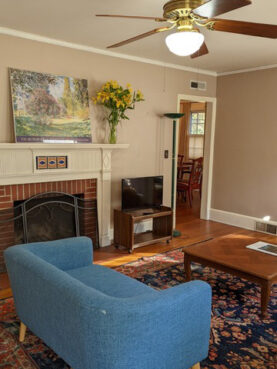 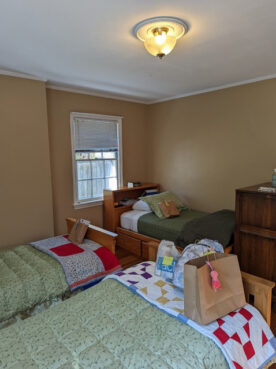 Groups co-sponsoring alongside traditional refugee agencies must also pass background checks, commit to find housing, furnish the house and make a financial commitment — equivalent to a few months’ worth of the family’s rent.

Judea Reform is one of half a dozen religious groups in Durham — mostly churches — that are taking the more traditional route, partnering with Church World Service to co-sponsor Afghan families.

The congregation, with about 600 member families, has long assisted refugees from afar, donating school backpacks for refugee children and more recently helping to furnish homes. But it had never co-sponsored a family.

“After the evacuation of Kabul in August, it felt like a no-brainer,” said Marian Abernathy, who heads the refugee resettlement and immigrant justice project for the congregation. “Everyone’s been wanting to do more.”

This is not the first time Jewish groups have taken on refugee resettlement. After the dissolution of the Soviet Union in the early 1990s, about a million Soviet Jewish refugees went to Israel and half a million to the United States. Many synagogues helped resettle them alongside the national resettlement agencies.

This time, the refugees are not Jewish — most Afghans are Muslim. But as children of refugees, American Jews want to honor their ancestors by helping others.

“The whole plight of the refugee is a reality for my family,” said Carrie Norry, a member of Judea Reform whose grandparents fled Nazi Germany in 1939. “There were people that helped them get on their feet and I wanted to pay that forward.”

The sentiment is shared widely by members of the Judea Reform team.

David Rousso, who heads the co-sponsorship team, made a presentation to the congregation a few years ago about his grandfather who fled North Macedonia for the United States with the help of HIAS and settled in New York.

“If you’re looking to the government to fix this problem while you’re sitting on your fanny, that doesn’t cut it,” he said. “If everyone does just a little, this problem will go away.”

The seven Afghan family members the congregation is co-sponsoring (a mom, dad, three girls and two boys) had a hard time understanding that everything in their new house now belongs to them, Rousso said. They were overwhelmed with gratitude.

The congregation found a job for the father, who worked as a cook for the U.S. and Afghan-trained forces, at a new restaurant in Durham. The mother has had a few temporary jobs and is looking for full-time work in the service-related fields. The children, ages 6 to 18, are all in school.

Learning English is the main priority right now. The family speaks Dari, a form of Persian.

One of the daughters likes to sew, and Abernathy gave the girl her old sewing machine. The team also took her to a fabric store and she’s been sewing clothes for the entire family.

There are challenges ahead, to be sure. But Rousso and his team are there to help.

RELATED: Resettling Afghan evacuees will be a mammoth job. Churches will be essential.