(RNS) — When making a New Year’s resolution, Americans take a bit of advice from the beloved 1987 film “The Princess Bride.”

Just under half of Americans (44%) said they have made resolutions in the past to address their health, according to a new survey from Lifeway Research, an evangelical group based in Nashville, Tennessee, that studies matters of faith and culture. 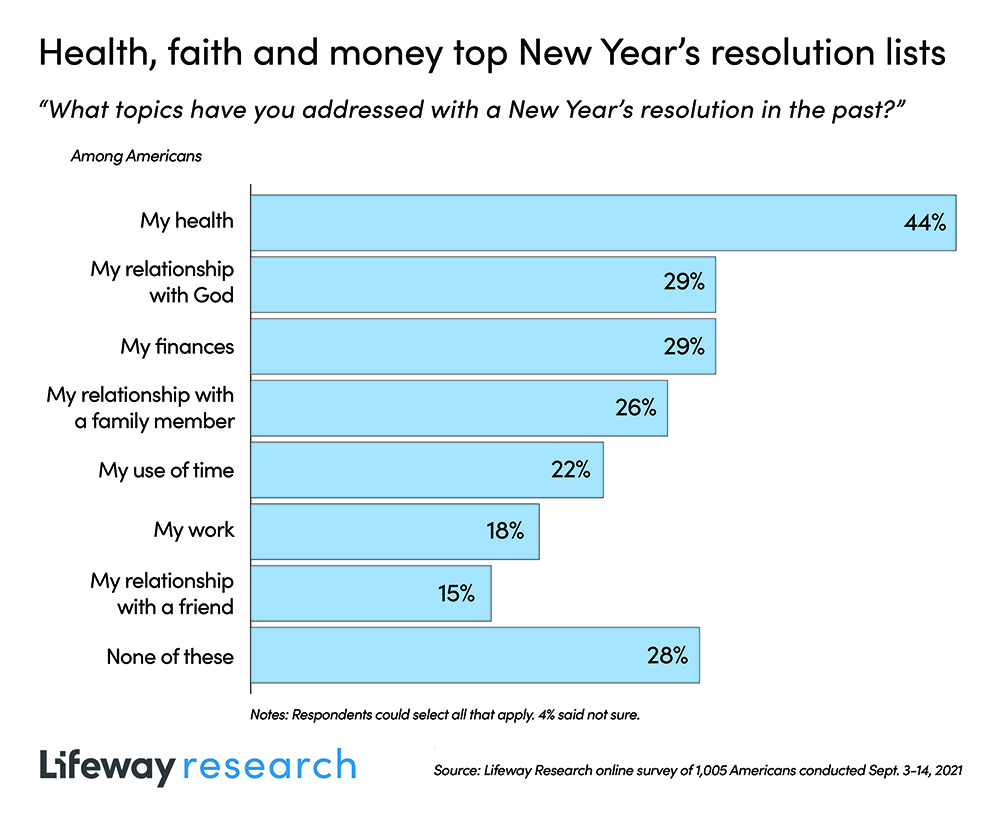 “The COVID-19 pandemic may have forced or encouraged more people to make changes outside of the annual reminder a new year brings,” said Scott McConnell, executive director of Lifeway Research. “But a New Year’s resolution is still something most Americans have made at some point in their lives.”

RELATED: Ready to try an old approach to a New Year’s resolution?

Resolutions about health also topped a recent Economist/YouGov survey of 1,500 Americans, which asked about resolutions for the year 2022. In that survey, about a quarter of Americans who plan to make 2022 resolutions said they will resolve to live healthier (23%), followed by those who want to improve their happiness (21%), lose weight (20%) or work on career goals (16%) or finances (13%). Fewer plan to make resolutions about issues such as improving relationships (11%) or exercising (7%).

Almost no one (2%) resolved to drink less.

In the 2021 Lifeway survey, based on interviews with 1,005 Americans, and which had a margin of error of plus or minus 3.3 percentage points, young adults — those under 35 — were more likely to make resolutions. Americans over 65 were less likely — with 54% saying they’d not made a resolution about any topic Lifeway asked about.

Among self-identified Christians, those who go to church less than once a month were less likely to make a resolution (44%) than those who go more frequently. Protestants (33%) were more likely to have made no resolutions than those who are religiously unaffiliated (24%) or those from non-Christian religions (22%).