(RNS) — An Oregon church is suing the coastal city of Brookings, arguing that an ordinance restricting the church’s meal program for the unhoused violates its right to religious freedom.

St. Timothy’s Episcopal Church and the Episcopal Diocese of Oregon filed the lawsuit against the city on Friday (Jan. 28) in Oregon’s U.S. District Court.

“We’ve been serving our community here for decades and picking up the slack where the need exists and no one else is stepping in,” said the Rev. James Bernard Lindley, vicar of St. Timothy’s, in a statement from the diocese. “We have no intention of stopping now and we’re prepared to hold fast to our beliefs. We won’t abandon the people of Brookings who need our help, even when we’re being threatened.”

It claims that the ordinance — which limits the church to offering free meals just twice a week — interferes with the church’s fundamental beliefs of “feeding the hungry, caring for the sick, and sheltering the houseless.”

St. Timothy’s has been serving meals four days a week, Friday through Monday, so that in conjunction with other nearby churches offering food, people can “have access to at least one hot, nutritious meal every day of the week,” according to the lawsuit. Limiting its meal service would impede that, the lawsuit states.

By adopting the measure, the city violated the First and 14th Amendments of the U.S. Constitution, the lawsuit claims, “because it prevents them from expressing their Christian faith through the meal program, and from offering Christian fellowship to diners who attend, more than two days per week.”

The diocese and the church are asking the federal court to declare the ordinance invalid and are seeking a permanent injunction to stop the city from enforcing the measure, which went into effect Wednesday. Brookings City Manager Janell Howard said she has not seen the lawsuit, but added that the city does not comment on pending or active lawsuits. 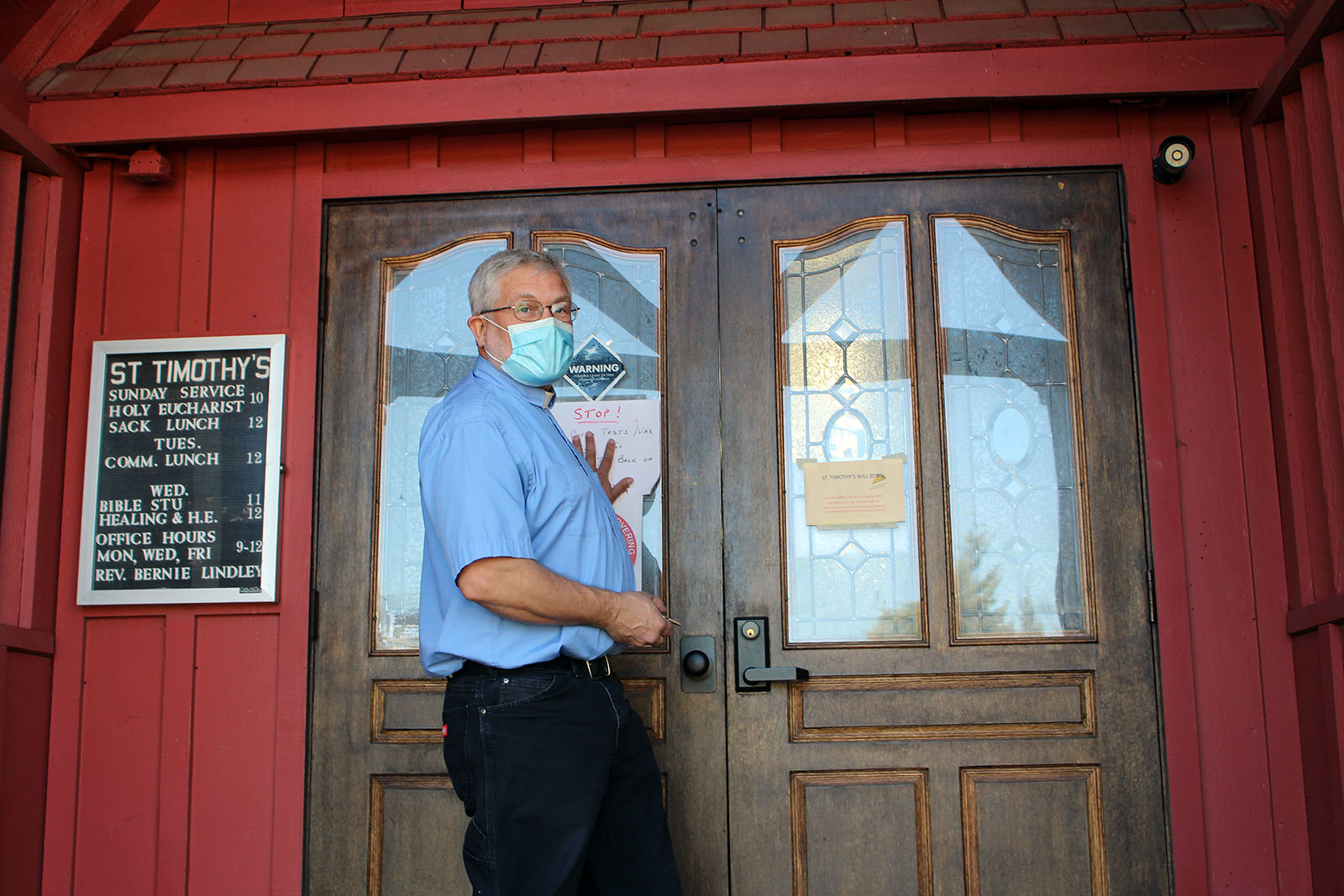 The Brookings City Council approved the ordinance in October after complaints from residents who live near churches that have meal ministries, Oregon Public Broadcasting reported.

For decades, St. Timothy’s has offered health clinics, administered vaccines, offered shower and internet access and created a space for a food bank to provide free meals to neighbors, according to the lawsuit.

The need intensified during the COVID-19 pandemic and the church grew its meal program when other churches in the area suspended theirs, the lawsuit said. The church also offered its parking lot to residents who needed a safe place to sleep in their vehicles.

The lawsuit notes that the city received a petition in April 2021 from about 30 residents saying the free meals drew “vagrants or undesirables.” The city responded by requiring local churches to apply for a conditional use permit to provide “benevolent meal service,” stipulating that the permits would only allow two meal times per week.

However, the church and diocese are standing their ground.

“The parishioners of St. Timothy’s are obeying the teachings of Jesus when they provide food and medical care to their community,” said the Rt. Rev. Diana Akiyama, bishop of the Episcopal Diocese of Oregon, in the statement. “Providing hospitality to all who enter St. Timothy’s in search of help is integral to our beliefs.”

Opinion
Dear President Biden, the pandemic is not over
Follow us on Facebook!
Submit your photos to RNS