(Open Doors) — Friday’s opening ceremonies may trick you into thinking Beijing’s Olympics are an inclusive demonstration of international unity, but don’t be fooled. For those who know where to look, there are telltale signs of a propaganda parade everywhere.

We have seen this before. When Berlin hosted the 1936 Olympics, the world already knew of Hitler’s ongoing persecution of Jews. The games fueled his propaganda machine, positioning Nazi Germany as a benevolent and cooperative member of the international community while downplaying the massacre escalating at their hands.

The IOC’s decision to award Beijing the 2022 Winter Olympics lets history repeat itself.

The ceremonies celebrate teams from such a wide array of religious and ethnic backgrounds that a casual observer may assume that China is a bastion of pluralism and tolerance. The opposite is true. The Communist nation treats its own minorities as criminals to be surveilled and hunted.

The games are built on the idea of friendly competition, rooted in commitments to fairness and equality. But China censors competing viewpoints online and in the public square.

The multinational fanfare of the Olympics gives the appearance of international unity and cooperation. In reality, the Chinese government seizes every opportunity to undermine the prosperity of democratic nations and expand its influence over emerging authoritarian countries.

As host of the 2022 Winter Olympics, China is in charge. Ordinarily, the Games present a welcome opportunity to foster international ties and a sense of fraternity based on shared humanity, not drawn borders. But this year’s Games have been tragically misappropriated in the hands of a totalitarian state. Pull back the curtain and you can see the Chinese Communist Party’s insidious strategy of centralized control, which stands in conflict with the spirit of the Games.

Just this week, church leaders from Beijing told Open Doors — the organization I lead — that government officials pressure them to “lie low” during the Winter Olympics. Zhang Wei, whose name has been changed for security, said, “In major events like this, ministers are warned to ‘behave,’ ‘be quiet’ and ‘remain invisible in the public domain.’ By now, Beijing’s churches know what to do.”

Be silent or be silenced: This is the message Beijing is sending to its Christians and other religious minorities. This psychological programming is a real and dangerous deterrent to the free practice of faith — and it’s happening right before our eyes.

This year’s Olympics have been transformed into an opportunity to promote China’s fairy tale propaganda. This should surprise no one, since China’s government has operated for nearly a century with the goal of global domination. What is surprising is the way the International Olympic Committee is facilitating China’s deceptive rise to power. 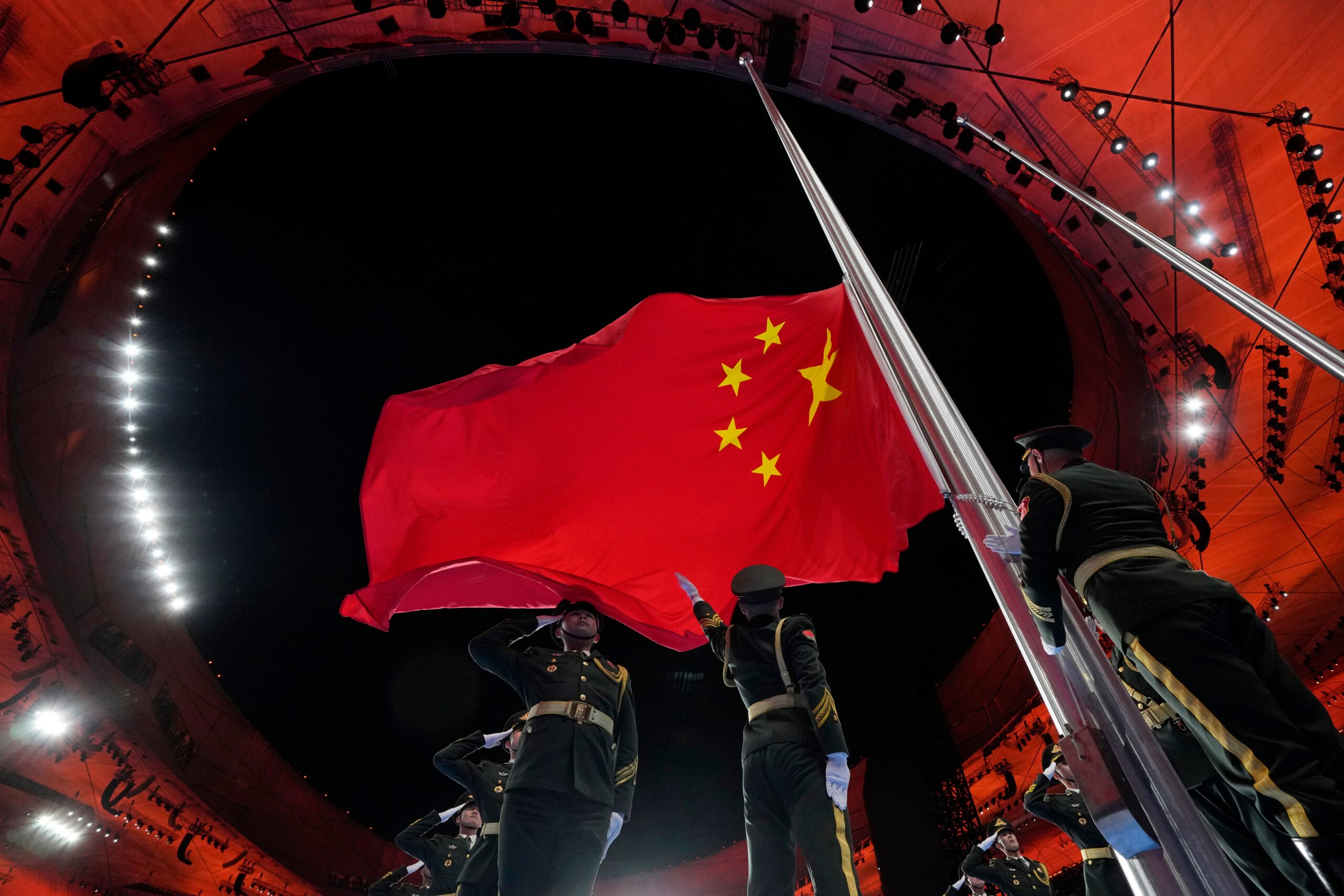 The Chinese national flag is raised during the opening ceremony of the 2022 Winter Olympics, Friday, Feb. 4, 2022, in Beijing. (AP Photo/Natacha Pisarenko)

But this tragedy has created yet another opportunity. Because the CCP’s authority depends on suppressing religious and political dissent, people of faith must not reward these human rights violations with their attention.

Open Doors USA ranks China #17 on the 2022 World Watch List, a ranking of the most dangerous places on earth to be a Christian. For years, this country has climbed our list, indicating its shameful status as one of the world’s worst violators of religious freedom.

Because faith is considered a threat to the communist state, the CCP correlates surveillance footage, facial recognition data, smartphone activity and geofencing technology to identify, target and punish anyone suspected of divided allegiance. State-sanctioned churches are forced to teach Communist dogma and submit to government oversight that ensures compliance. Unregistered churches are frequently raided by police, leaders are arrested on false charges and members live in fear of losing access to public resources. Religious materials are banned — or even edited — to discourage schools of thought that differ from the CCP. The result is the slow and steady censorship of religious life.

And Christians aren’t the only targets. The CCP’s mass detention and sterilization of more than a million Uyghur Muslims in “re-education” camps is widely reported. This modern-day religious and ethnic genocide is enabled by the world’s ambivalence to China’s economic prowess.

Certainly, the IOC looks for a host who can fund the games, but the cost of China’s assets is a human one. In a money-for-control move, China is funding transportation and technology networks in 139 countries, many of whom lack democratic protections. Xi’s government has long used the Belt and Road Initiative as a critical part of the country’s expansion strategy, and this year’s Winter Olympics became an agent of it.

But the IOC is not alone in its naïveté. In FIFA’s rush to grant Qatar the World Cup, many human rights organizations accused the soccer organization of overlooking horrific rights violations, including the use of slave labor to build the infrastructure necessary to host the events.

The same concerns are present in China, specifically regarding the 80 major brands linked to the forced labor of Uyghur Muslims. Some, including Panasonic and Samsung, are also sponsors of the 2022 Winter Olympics.

Certainly, these companies should be held accountable by consumers in the United States. But the call to hold China accountable goes beyond the products we buy — it reaches to the televisions in our living rooms and the smartphones in our pockets.

China’s surveillance state is fueled by our attention. We can send the CCP a message by looking away from their designed-to-distract fanfare — and looking toward the millions of religious minorities they’re trying to hide.

Tuning out from the 2022 Winter Olympics is one way to tell China they cannot hide their human rights violations. But it is not the only way, and people of faith can disagree about the most effective approaches to advocacy. But we must acknowledge that our brothers and sisters in China are being watched, and they are being punished. Likewise, the CCP is listening to our dissent — and they want us to be silent.

American Christians should speak out instead.

(David Curry is president and CEO of Open Doors USA, which advocates on behalf of those who are persecuted for their Christian faith. Follow on Twitter @OpenDoors. Sam Brownback served as U.S. ambassador-at-large for international religious freedom from 2018 to 2020.

For more than 60 years, Open Doors USA has worked in the world’s most oppressive and restrictive countries for Christians. Open Doors works to equip and encourage Christians living in dangerous circumstances with the threat of persecution and equips the Western church to advocate for the persecuted. Christians are one of the most persecuted religious groups in the world and are oppressed in at least 60 countries. For more information, visit OpenDoorsUSA.org.) 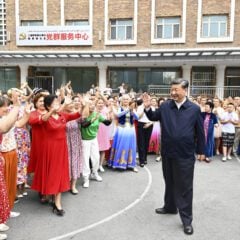