That academic journey has put him in the pulpit of an African Methodist Episcopal Church in North Carolina.

But his pursuit of a Master of Divinity degree also left him about $80,000 in debt.

“The tuition was less, but I still had to live,” he said, describing other seminary-related costs after his transfer from Princeton Theological Seminary to the Samuel DeWitt Proctor School of Theology at Virginia Union University. “I’m in seminary full time. And I got to make sure I’m paying rent, that I’m eating, all those other expenses.” 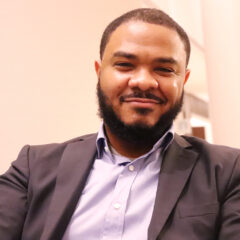 Thomas traveled to the nation’s capital in early February for a meeting with other graduates, leaders and students of Black theological schools to discuss possible solutions for the disproportionately high debt of Black seminarians.

Delores Brisbon, leader of the Gift of Black Theological Education & Black Church Collaborative, said it’s important for leaders to understand the sacrifices being made by students who pursue seminary degrees in historically Black settings.

“We need to address this issue of debt,” she said, opening the collaborative’s two-day event, “and determine what we’re going to do about it.”

According to data from the Association of Theological Schools, debt incurred by Black graduates in the 2019-2020 academic year averaged $42,700, compared with $31,200 for white grads.

RELATED: For many schools, the Master of Divinity degree is moving online for good 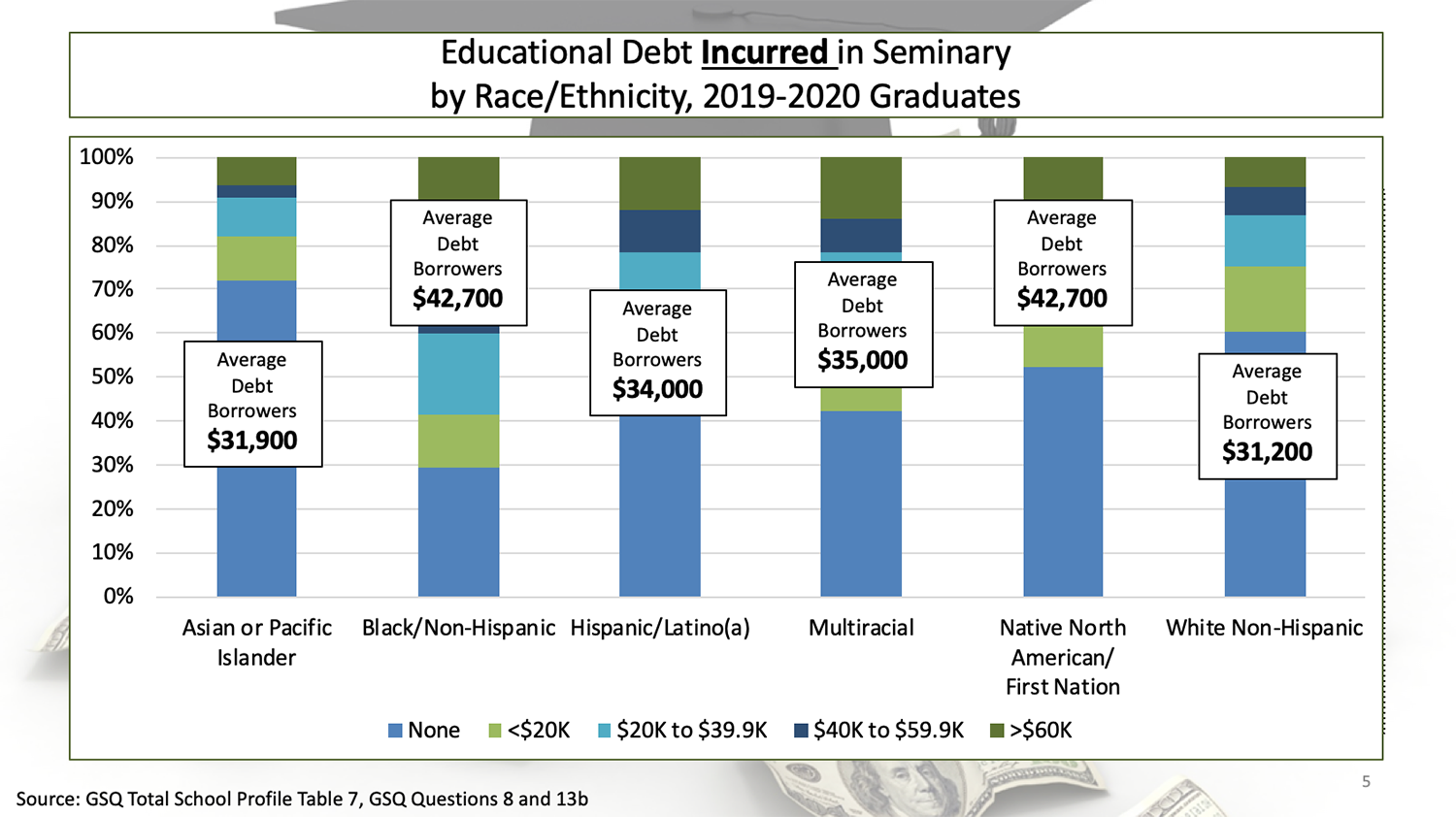 Thomas, 34, said his debt, necessary to achieve his degree and gain ordination, has led to a church appointment that “pays me enough to pay rent,” but not his other living expenses. Yet, Thomas said he knows he’s in a better situation than some other graduates of historically Black seminaries. 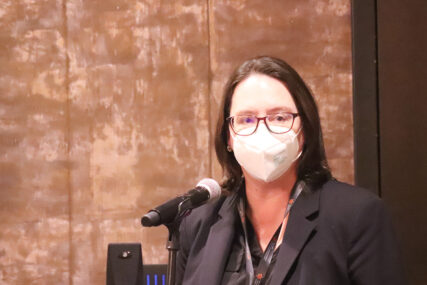 The Rev. Jo Ann Deasy, co-author of a 2021 report on the ATS Black Student Debt Project, told the dozens gathered at a Washington hotel that the project came about as researchers discovered how “Black students were just burdened by debt more than any others.”

She said ATS is seeking to help change perceptions about what the project calls the “financial ecology of Black students” as seminarians seek training to become religious leaders, churches hope to hire them and theological institutions consider expanding financial networks to aid them.

“We’re trying to help people shift their understanding of finances from really individual responsibility to a broader systemic understanding of how finances operate in our communities and in our churches,” she said. “This is just a part of that shift toward understanding that it’s not the students’ fault but that this is a bigger issue that we need to address together.”

The report described “money autobiographies” of students who sought financially stable circumstances as they attended theological schools, whether historically Black, white or multiracial.

“They noted the disparities in financial support, particularly from congregations and denominations, between themselves and their White colleagues, a disparity that was often not seen or acknowledged by their peers or the institutions they attended,” the report states.

The average annual tuition for an M.Div. — before any scholarships are considered — is $13,100 for free-standing Protestant schools and $12,500 for Protestant schools related to a college or university. Chris Meinzer, senior director and COO of ATS, said that, on average, it takes students about four years to complete an M.Div. degree.

Seminary graduates who attended the Washington event spoke of having few scholarship options and having to take out loans to pay for expenses including or beyond tuition. 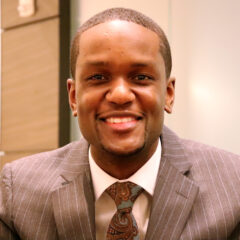 “It’s the cost of being enrolled and the cost of student fees along with your books,” said the Rev. Jamar Boyd II, senior manager of organizational impact at the Samuel DeWitt Proctor Conference, which supports African American ministries. Depending on the class and the number of books required, it could amount to as much as $600 to $700 in a semester, said Boyd, 27, a graduate of Virginia Union University’s theological school.

“If you’re a full-time student taking three or four classes, that’s a paycheck,” he said.

Minister Kathlene Judd, a theologian in residence at an Evangelical Lutheran Church in America congregation in North Carolina, said she eventually chose debt over the mental stress of working, studying and supporting a family at the same time.

She worked in information technology as she went through seminary and continues that career as she pays off her debts after originally hoping to pay for seminary without taking out loans.

“If I’m being fully transparent, I had no idea what I was getting myself into,” said Judd, 38, who graduated from Shaw University Divinity School in 2020.

She said it was a “big decision” to borrow money to continue the education she felt God called her to pursue.

“But honestly, it came down to my mental and emotional health,” she said.

Many students and grads, like Judd, are at least bivocational. 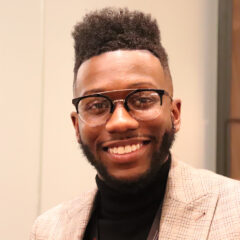 The Rev. Lawrence Ganzy Jr. is in his fourth year at Hood Theological Seminary, where he attends a track that allows him to pastor an African Methodist Episcopal Zion Church in South Carolina while taking classes on Friday nights and Saturdays. During the week, he’s an admissions officer for Strayer University.

Prior to seminary, his work through the Carolina College Advising Corps, a government program for University of North Carolina-Chapel Hill graduates to counsel low-income high school students, helped him afford the start of his theological studies.

“That paid for my first year of seminary,” said Ganzy, 26. “Then when I got to the next year, that money was gone.”

Keynoting the opening night of the collaborative meeting, the Rev. Michael Brown, president of Payne Theological Seminary in Wilberforce, Ohio, pointed to the portion of the Lord’s Prayer that says “forgive us our debts as we forgive those who are indebted to us” in the Gospel of Matthew.

“Debt keeps us chained to the past and it doesn’t open up possibilities for the future,” he said, “and so the idea of the forgiveness of debt in the Lord’s Prayer is that it releases you to do things for God.”

During the event, graduates spoke of the additional financial struggles they faced, such as debt affecting their credit scores as they try to purchase a car and escalating rent, sometimes in historically Black neighborhoods that have been gentrified.

Brisbon pointed out that Black theological schools may have small endowments and may not get support from their alumni, in part because of the often-lower salaries received by their graduates.

“Black preachers may love their school as much as somebody else but they can’t give money that they don’t have,” she said.

The ATS report noted that a 2003 Pulpit & Pew study found that, on average, Black clergy salaries were about two-thirds those of white clergy. In a 2019 Christian Century essay, scholars noted that a study by the Samuel DeWitt Proctor Conference found that one-third of Black pastors believed they were “fairly and adequately compensated as a professional” while 67% said that they had “particular financial stress” at that current time. The Rev. Leo Whitaker, executive minister of the Baptist General Convention of Virginia, told Religion News Service that some clergy in the more than 1,000 churches in his Black state denomination are often “bivocational if not trivocational” to make ends meet, especially when they are located in a region like the state’s Northern Neck rather than the city of Richmond.

Whitaker suggested to collaborative members that they look to U.S. government programs that offer debt forgiveness to educators and doctors who serve in needy communities, noting they should offer the same for seminary grads. He hopes collaborative members will discuss his idea with seminary and education officials.

“You’re serving a stressed community and you’re financially stressed yourself without the ability to make the necessary funds and it’s not about them having a choice of where they choose to serve,” he said, noting that Methodist bishops appoint clergy and Baptist clergy go where congregations have called them to serve. “In ministry our location is not always assigned to us by choice.” 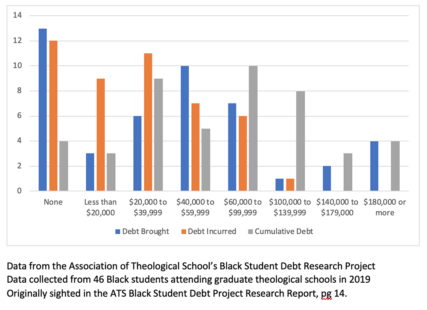 Bishop Teresa Jefferson-Snorton of the Christian Methodist Episcopal Church, a historic Black denomination, said laypeople and clergy may not be aware of the sacrifices made by seminarians and recent graduates as they pay seminary tuition that is far more than what she paid 40 years ago.

“Most of our highly organized denominations don’t really have a grasp on what they are actually doing or not doing to support theological education,” Jefferson-Snorton added. “Although in many cases we promote it, we encourage it. But we don’t resource it and I think that needs to be brought to the attention of the church.” 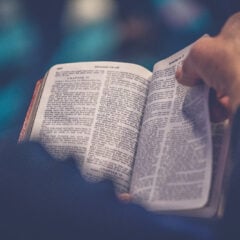 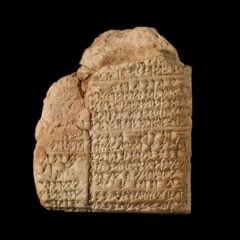 Religion Hub
Proclaim debt amnesty throughout all the land? A biblical solution to a present-day problem
Follow us on Facebook!
Submit your photos to RNS