(RNS) — For nearly two years, large Jewish conventions have been online only, as the majority of U.S. Jews stayed home to protect themselves and others from the coronavirus.

On Thursday (Feb. 17), that period of nesting came to an end when 2,500 high school teens descended on Baltimore for BBYO’s annual International Convention. The organization, which dubs itself a “pluralistic Jewish teen movement,” kicked off a five-day gathering advertised on the BBYO website as “Back Together in Baltimore.”

The teens will celebrate Shabbat, listen to concerts and hear from a host of Jewish leaders, politicians, artists and celebrities.

The convention is a sign Americans, and American Jews in particular, have entered a new phase of the pandemic.

With the notable exception of Haredi Jews, mostly in metropolitan New York, who resisted health precautions and vaccines, the majority of U.S. Jews have approached the pandemic with extreme caution. Most synagogues and other Jewish cultural centers closed, then opened and then closed again with each new variant. Masks are still de rigueur at most Jewish gatherings, and most synagogues have not had anywhere near capacity attendance. The BBYO’s annual International Convention is being held this year in Baltimore, where students will join together to learn about leadership and more alongside fellow members of the Jewish community. Photo courtesy of Andrea Lefton

Now, a growing number of U.S. cities and states have begun to ease COVID-19 restrictions as cases decline, and Jewish leaders felt some urgency to make reaching teens a priority.

“Overwhelmingly, teens and their parents wanted it to happen,” said Matthew Grossman, BBYO’s CEO. “They were craving it.”

For security reasons, BBYO leaders don’t want to identify the main venue of the Baltimore gathering, but they have made very clear the many pandemic health measures they are taking.

On top of that, they must wear a mask throughout the conference.

RELATED: Synagogues hoped to be in person this year. Now they’re not so sure.

All those measures seemed worth it, said Grossman.

So much so, that as many as two dozen Canadian Jewish teens who were unable to secure boosters in their own country crossed the border into the U.S. to get their shots, BBYO leaders said.

Teens from 40 countries are expected at the convention, which will also include an estimated 1,000 adults.

“Their lives have been disrupted,” said Grossman. “If we can leave them with a Jewish experience being the most prominent and prevalent experience they remember when they graduate high school, we’ll have done an incredible thing.” 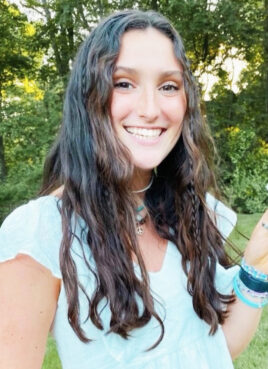 The 98-year-old BBYO has been holding conventions for 60 years but the gatherings have grown substantially over the past decade. The group, once known as the B’nai Brith Youth Organization, is now independent from the Jewish fraternal order that birthed it. BBYO has chapters across the country and usually travels to different cities each year. The last in-person gathering was in Dallas in 2020.

That gathering was “amazing; it was so much fun,” said 17-year-old Sarah Marchant of Marlboro, New Jersey. The high school senior said her family does not belong to a synagogue and that BBYO gives her a sense of Jewish connection and pride.

Marchant volunteered with the team that invited some of the guest artists: Marvel actor and stuntman Simu Liu, singer-songwriter Mike Posner, Green Bay Packers running back A.J. Dillon and “True Blood” actress Jurnee Smollett, among a host of others. 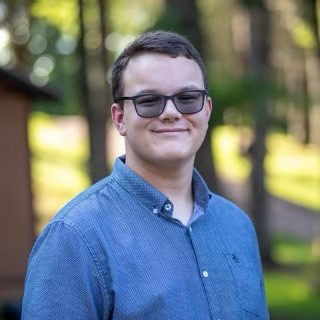 The highlight for many of the youth is havdalah, the ceremony that marks the end of Shabbat and ushers in the new week. Candles are snuffed and sweet spices are sniffed as people lock arms and sing songs.

“That’s probably one of the most beautiful things I’ve seen in my life,” said Levi Fox, a 17-year-old BBYO leader from Houston. “The essence of being in a room with thousands of others singing the same songs and caring about Judaism as much as I do is fantastic.”

RELATED: Across US, houses of worship struggle to rebuild attendance 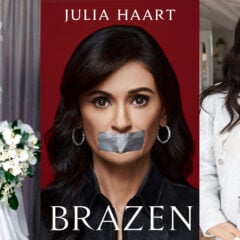