(RNS) — When the Rev. Eugene Cho sees images of refugees from the war in Ukraine, he starts thinking about his father, who grew up during the Korean War.

Cho’s father was separated from his parents as a child in Korea and ended up spending time as a refugee — like the millions of people who have fled Ukraine or other conflicts around the world.

“I can’t help but make the connection,” said Cho, president and CEO of Bread for the World, a Christian advocacy group whose mission is to help end world hunger. “These are someone’s children, someone’s father and mother — these are people loved by someone.”

Like his father, who survived the Korean War in part because people in the United States and other nations helped provide assistance to refugees during that time, today’s refugees also need the help of churches and governments around the world, Cho said.

“We have to do something,” he said.

But Cho also knows the war in Ukraine will have consequences for the rest of the world — especially those already facing food insecurity. Russia and Ukraine are top producers of the world’s wheat, and the war between the two countries will affect food prices and distribution at a time when hunger was already on the rise. The U.N.’s World Food Program recently warned that the number of people “facing acute food insecurity” had doubled since 2019.

Bread for the World has been advocating for emergency aid for Ukraine but also for $3.8 billion in emergency food aid to address hunger around the world, due to “chaos, climate change and conflict” — all of which, on top of the global pandemic, have put tens of millions of lives at risk.

Things are so bad in places such as Yemen, Nigeria and South Sudan that aid groups have had to cut back on the sizes of rations to reach more people. “This is tantamount to taking from the hungry to feed the starving,” the World Food Program recently said.

Cho, an author and former pastor, spoke to Religion News Service last week about how the war in Ukraine is affecting other crises around the world, the possible long-term fallout and how faith groups and the American public can respond. 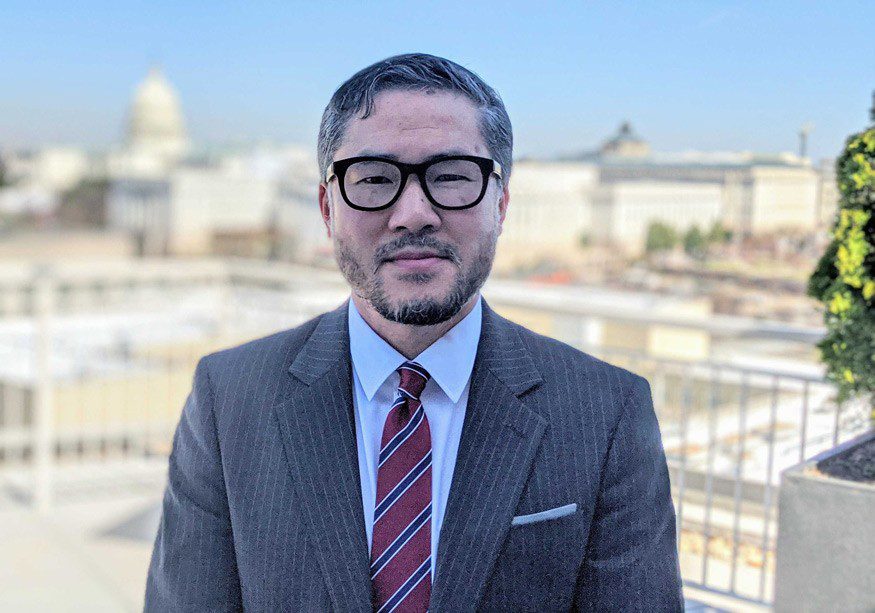 The Rev. Eugene Cho, president and CEO of Bread for the World. Courtesy photo

What impact is the war in Ukraine having on the world food supply? And how does it affect other crises around the world?

We should be rightly concerned about the humanitarian crisis in Ukraine and we should be advocating for Ukraine. I also want to step back and share with folks that there are some tremendous humanitarian crises in other parts of the world that haven’t quite captured the consciousness of the world. Right now, 98% of the population of Afghanistan does not have enough to eat. One million children under the age of 5 could die from malnutrition by the end of the year. In Yemen and other places around the world, food prices have doubled.

Russia and Ukraine are responsible for 29% of global wheat exports — 19% from Russia, 10% from Ukraine. You can just connect the dots and see how wheat prices are going to increase dramatically, which means food prices are going to increase dramatically. And we’re talking not just about food and wheat, but you’re also talking about fertilizer and fuel — which both Russia and Ukraine produce. Both of those things are really critical to the global food system. You factor in shortages of food, fuel and fertilizer and you’ve got this tremendous problematic nexus of increasing hunger dramatically around the world.

How are rising food prices affecting people around the world?

When I go to the market and I see food prices that have gone up — I don’t like it. But I don’t think people realize that in some of the lower income nations and communities around the world, people spend as much as 45% of their incomes on food. Just consider the tremendous challenges when you already spend that much on food and prices are going up.

Research institutes are estimating that, as a result of this war, 40 million more people are going to be thrust into extreme poverty around the world. To give your readers some context, the population of California is about 40 million. Imagine the entire state of California being thrust into extreme poverty where they’re surviving on basically $2 a day.

These are human beings, sisters and brothers, people made in the image of God. It is very sobering.

In response to the war in Ukraine, many people are donating to help address the immediate needs of people suffering there. What else can people do?

This may sound overly spiritual and I apologize if it does. But once a pastor, always a pastor. The first thing I would say is we’ve got to keep praying for the situation and for the people of Ukraine and for Russia, and for other communities around the world. The reason I say that is that it’s really hard for our mind and our hands to go somewhere where our hearts are not captivated by prayer. Prayer is one of the greatest forms of, not just bringing our requests to God, but also creating empathy and solidarity. For the long haul, if our hearts are not in solidarity and we’re not empathetic, we’re not going to have an imagination for what long-term engagement looks like, or for long-term mercy or justice work

We encourage people to give directly to trusted organizations. We are asking people to join us in some really strong advocacy asks to Congress. We’re asking Congress to provide no less than $3.8 billion in supplemental emergency food and nutrition assistance funding for hunger crises around the world. That’s a dramatic ask. But what that does is it provides the resources for organizations and communities to be able to not just respond to immediate, short-term needs but also to start thinking what long-term development looks like as well.

What would you say to people who feel like they’re overwhelmed by all this, but they don’t know where to start?

It’s really important to leave ourselves some space for lament and despair. I have a hard time with any kind of spirituality, whether it’s Christian spirituality or otherwise, where we don’t give room for despair and lament and grief. The last two, three years in our nation and around the world have been hard. It’s not just the pandemic. We’ve seen incredible polarization. We’ve seen a dramatic rise of anti-Asian rhetoric and violence. There has to be room for lament and grief and despair.

Yet, there is a difference between helplessness and hopelessness. There are limits to what we can do in Ukraine, so there is a sense of helplessness. But we’re not a hopeless people. We have got to come together and continue to act with faith, empathy and solidarity and keep doing what we feel like we can do even within our limitations. I truly believe that as Scripture tells us in the Book of Hebrews, we can cling to this unwavering hope, despite some of the challenges we see in our world.

RELATED: At 89, Bread for the World founder Art Simon ‘not giving up’ on goal of ending hunger