(RNS) — Survivors of abuse and anti-abuse advocates in the Anglican Church of Canada are calling for the denomination’s general secretary to resign, saying he and other ACC leaders have continued to bungle their response to the leak of a draft of an article on sexual misconduct written for the denomination’s paper.

“The ACC absolutely has the capacity to respond in an appropriate way, but it has made deliberate and calculated choices not to out of its need for self-preservation or out of fear,” said Cydney Proctor, a self-identified survivor of sexual misconduct.

In February, an advocacy group called ACCtoo published an open letter claiming a “high-ranking official of the ACC” leaked a draft of an Anglican Journal article about the ACC’s mishandling of abuse allegations to some of the ACC authorities implicated in the story.

On March 13, the executive office of the ACC’s governing body, called the Council of General Synod, apologized and said it was conducting reviews of the ACC’s journalistic practices and sexual misconduct policies.

ACCtoo, however, noted that the council did not fully address ACCtoo’s original demands, which include a request that the person who leaked the draft resign.

Perry had been known to be the leaker by some inside the church since at least September 2021, when the church’s top official primate, Linda Nicholls, referred to him by title in a summary response to the incident that was published on the ACC website March 15. “In light of the sensitivities of such an article,” Nicholls wrote, “a draft was shared with the Director of Communications, General Secretary and Primate. Believing it was a penultimate draft, it was shared by the General Secretary with dioceses/institutions reflected in the article.”

On March 23, Perry said in a statement that the sharing of the article “happened on my watch.” He also expressed “regret” at the harm caused to survivors but did not accept personal responsibility for circulating the draft. Perry and Nicholls did not respond to requests for comment.

It’s not clear whether the ACC intended to reveal that Perry had leaked the draft when it posted its response this month, but now, the Anglican Journal’s former editor-in-chief Matthew Townsend, Proctor, ACCtoo and at least one member of the council told Religion News Service they are calling for Perry’s resignation.

ACCtoo also learned last week that a report of an investigation into the Anglican Journal leak had been shared with the Anglican Journal’s editorial board. That report — which ACCtoo has repeatedly requested be shared with survivors — contained an appendix with confidential information about Proctor’s original complaint, according to Townsend. 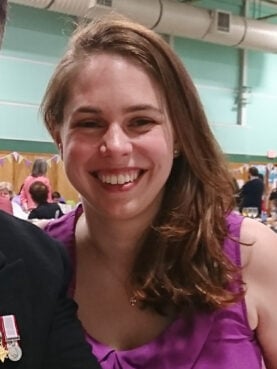 “Multiple sources have confirmed that in fact, the full report received by the editorial board included an appendix that not only identified one of the perpetrators in my story, it also provided details of my complaint against them,” Proctor said in a March 24 video. “This further degrades the trust which remains between me and the General Synod’s senior leadership. It is another breach for which I demand another apology.”

The chair of the editorial board did not respond to request for comment.

In its statement, CoGS, as the council is commonly known, had recommended that the report be shared with the editorial board, and claimed the report said “absolutely nothing about the circumstances of the original complaints by the individuals.”

A member of CoGS told RNS that the council has not seen the report and had no knowledge of the appendix. The CoGS statement also said the primate offered to meet with survivors and share the full report with them, “with appropriate mutual assurances of privacy and confidentiality.”

ACCtoo believes survivors should have access to the report independent of a meeting with the primate. In a March 16 email addressed to the primate, general secretary and members of CoGS, ACCtoo co-founders Carolyn Mackie and Michael Buttrey asked for a copy of the report to share with survivors. As of Tuesday (March 29), they had not received a response.

Finn Keesmaat-Walsh, a member of CoGS from the Province of Ontario, dissented from the CoGS statement in a Facebook post on Thursday, saying it did not address ACCtoo’s three requests.

“I’m not willing to give up hope that reconciliation can happen, and that with appropriate steps, this church can heal from this,” Keesmaat-Walsh told RNS. “But I don’t think that healing will be possible without the three goals that ACCtoo put in their letter being met.”

On Monday, Townsend, who quit his job at the journal in June in protest of the handling of the controversy, called for further accountability in his own statement. He emphasized the need to share the investigator’s report with survivors and released his own resignation letter to further validate the facts in ACCtoo’s open letter.

“My sense from the very start was that the church’s leadership didn’t really understand the gravity of the breach. For me as a journalist, this kind of confidentiality breach is the worst thing that could happen in your career, and the worst thing you could do to sources,” Townsend told RNS. “I continue to be concerned that the church isn’t quite taking this seriously, and that the approach is still not trauma-informed in any kind of way.”

ACCtoo is also concerned about the appointment of Bishop William Cliff as chair of the ACC’s Communications and Information Resources Committee, which oversees the General Synod’s communication policy, according to the church website. Cliff is the bishop of Brandon, the diocese where Proctor has said she experienced sexual misconduct by a church leader. Cliff, according to Proctor and Townsend, is also one of the original recipients of the Anglican Journal article draft. Cliff did not respond to requests for comment.

“He needs to recuse himself,” Proctor told RNS. “No one even remotely tied to this situation should be in charge of the communications of the national church.”

For ACCtoo and its supporters, the ACC’s response so far to the leak demonstrates a focus on institutional self-preservation over the needs of survivors.

“There is so much work that needs to be done in the church to respond to survivors of sexual violence,” said Mackie. “But this particular incident is symbolic of all of that. Until they can address this properly, and take accountability for what happened, we can’t trust that any other efforts to change systemic responses in the church will bear any fruit.”