(RNS) — You could argue last week’s gathering of Catholic cardinals, bishops, scholars and journalists in Chicago wasn’t all that unusual. After all, gatherings of influential U.S. Catholics are common, particularly among the church’s conservative wing.

But as news rolled in about the assembly of prominent faithful over the past week, peculiarities emerged. For instance: The event wasn’t announced ahead of time, and participants were bound by the “Chatham House Rule,” which bars them from revealing many specifics of what took place.

Even more notable was how the event’s title — “Pope Francis, Vatican II, and the Way Forward” — echoed its guest list: Participants included a veritable who’s who of clerics and thinkers who have championed Pope Francis’ vision for the church, often holding the line for the bishop of Rome against conservative Catholics who have challenged the pontiff throughout his papacy.

The result was a gathering that, while perhaps not a direct counter to conservative and right-wing brands of U.S. Catholicism, nonetheless constituted a rare formal confab of Francis’ closest American allies and included robust discussion of his loudest detractors. 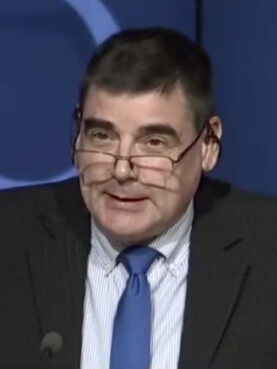 National Catholic Reporter columnist Michael Sean Winters, an organizer of the event, insisted it was not designed to rival conservative gatherings such as the Napa Institute, which NCR once described as “a mix of conservative theology and libertarian economics.” The Chicago gathering, he noted, was sponsored by several Catholic institutions: Boston College’s Boisi Center for Religion and American Public Life, Fordham University’s Center on Religion and Culture and Loyola University Chicago’s Hank Center for the Catholic Intellectual Heritage.

Winters said organizers reached out to a broad array of potential participants, although not all attended.

Even so, the conference singled out voices who, though popular among some conservative Catholics, have come to represent opposition to Francis in the U.S. Winters argued there is “no value in having a dialogue” with Michael Voris, for instance, referring to the head of Church Militant, a conservative Catholic media outlet long condemned by critics for incendiary rhetoric they decry as, among other things, racist and homophobic.

To wit, Heidi Schlumpf, NCR’s executive editor, sat on a panel titled “The Money, Media, and Networks that Opposed Pope Francis.” She told Religion News Service her presentation examined the state of Catholic journalism and drew from her 2019 series investigating conservative Catholic media empire Eternal Word Television Network, unearthing ties to a broader conservative Catholic funding apparatus. She said there was also discussion of Church Militant and LifeSiteNews, which she referred to as “so-called media outlets,” as well as The Pillar, a controversial publication she described as “more of a blog” operating on the newsletter subscription service Substack. 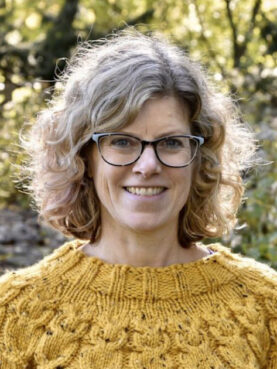 Schlumpf said discussion highlighted funding streams for the various groups as well as “whether or not they follow accepted journalistic practices” involving anonymous sources and bylines on stories.

Schlumpf noted Francis himself voiced what was widely seen as criticism of EWTN in September 2021, referring to a “big Catholic television station that continually speaks poorly about the pope” as the “work of the devil.”

“I do think it was important in that group, which included a couple dozen bishops, to say the names of some of those media outlets out loud and be able to talk about how they differ journalistically from more reputable Catholic media — including my own publication — that follow accepted journalistic principles,” Schlumpf said.

While such discussions are common in many lay Catholic gatherings, the presence of high-profile prelates was unusual. The conference was hosted within the Archdiocese of Chicago, which is overseen by Cardinal Blase Cupich, one of Francis’ closest U.S. confidants. Cardinals Sean O’Malley of Boston, Joseph Tobin of Newark and Oscar Rodriguez Maradiaga of Tegucigalpa, Honduras, were also in attendance, according to NCR, as were multiple archbishops such as Mitchell Rozanski of St. Louis and Roberto González Nieves of San Juan, Puerto Rico.

Also present were representatives of the Holy See itself, including Archbishop Christophe Pierre, the Vatican’s ambassador to the U.S.

Asked about the impetus for the conference, Matthew Sitman, an outgoing associate editor at the liberal-leaning Catholic publication Commonweal Magazine and a moderator for one of the panels at the event, pointed to growing opposition to Francis over the past few years. The pandemic, he said, exacerbated the trend, with some conservative U.S. clerics and Catholic voices decrying vaccines or pandemic restrictions despite Francis’ repeatedly voicing robust support for the shots.

“I think that sort of brought the opposition to Francis to a fevered pitch that must have played some role in the urgency behind this conference,” Sitman said, referring to general discordance between Francis’ message and the rhetoric of some U.S. Catholics.

Winters agreed, noting that some participants mentioned EWTN commentator Raymond Arroyo, who has become a staple on Fox News. In January, Arroyo participated in a segment on Laura Ingraham’s show in which the two mocked people who contracted COVID-19 despite being boosted, including a Vatican official.

Winters said the vaccine debate was “Exhibit A” of another discussion topic at the gathering: the influence of the broader culture wars on the Catholic Church.

It was important, Winters said, to examine “how the culture war mentality of certain bishops, certain theologians and certain kinds of professional Catholics distorted our own theological tradition to join the kind of libertarian, don’t-tell-me-what-I-can-do opposition to the vaccine.” But the conference wasn’t “just trying to point fingers at enemies or opponents” of Francis, stressed Sitman — who co-hosts a popular liberal podcast titled “Know Your Enemy,” which features interviews with prominent politically conservative voices. Instead, he said speakers and keynoters highlighted broader trends, such as how U.S. Catholics have embraced — or in many cases refused to embrace — church reforms instituted during the Second Vatican Council that took place during the 1960s.

He said attendees also brought up the influence of neoliberalism, an ideology that centers support for free-market capitalism, and how it created an “individualized ethic” that Sitman argued was in conflict with a “proper Catholic understanding of the common good.”

“How does the distorting influence of neoliberalism — which is something Francis has rightly taken aim at in his encyclicals — distort the way we relate to each other and view politics and society?” Sitman said.

Schlumpf said there was also ample conversation about the ongoing Synod on Synodality, a Vatican-led effort that has struggled to gain traction in the U.S. but which she said has been better received in Central America.

“One of the keynotes was about the Central American Bishops Conference and how much they’ve done on synodality already, and how far ahead they are of us in North America on the process of synodality,” she said.

“It seems like the conference, in some ways, was an experience of synodality in that people were getting together — hierarchy, lay professionals — having conversations and talking about their hopes and dreams for the church.”

The conference, Winters argued, was ultimately less about the central figures opposing Francis so much as “the theological ideas that have been percolating around for a while” that “help us understand the opposition to the pope a little bit more” — particularly those that are “endemic in American culture.”

What happens next is unclear. All participants who spoke to RNS expressed optimism that future events would occur, if only to keep the dialogue going.

“It’s kind of an indictment of the leadership of the U.S. church for the past however many years that gathering of theologians and bishops is considered remarkable,” Winters said.

In the meantime, Sitman suggested assembling Francis’ supporters is already a powerful tool for pushing the pope’s vision forward.

“The opposition to (Francis) has been extraordinary in the United States,” he said. “The pushback to that has been piecemeal, occasional, not well organized and not very well funded.”

“This gathering was important because the Catholics in the United States, both lay and among the bishops, who want to try to implement Francis’ vision … getting those people together just to talk was, I think, a signal event in the Francis papacy in the United States.”