HUNTINGTON BEACH, Calif. (RNS) — The words “Jesus Lives” are emblazoned across a  dilapidated unoccupied structure on the busy intersection of Warner Avenue and Nichols Lane in this Orange County city south of Los Angeles.

The building’s windows are boarded up. Varying shades of white and unmatched paint cover graffiti and highlight cracks in the property’s exterior.

This is the historic Wintersburg Japanese Presbyterian Church that sits on a 4.5-acre landscape that, according to the National Trust for Historic Preservation, is among the only surviving Japanese American properties acquired before California enacted the Alien Land Law in 1913 that barred Asian immigrants from owning land.

The first known Japanese immigrants arrived in Orange County in 1900, and just four years later, religious leaders — Episcopalians, Buddhists, Presbyterians, and Methodists among them — founded the Wintersburg Japanese Mission, the National Trust said. Charles Furuta and the Rev. Barnabus Hisayoshi Terasawa bought the land in 1908, and the original buildings went up in 1910. The mission was officially recognized as a church by the Presbyterian Church U.S.A. in 1930. A larger church for the growing congregation was built in 1934. The 1910 Wintersburg Japanese Mission, right, and the 1910 Manse (parsonage), left, within the first few months of opening. Both structures were destoyed in a Feb. 2022 fire. (Photo courtesy of Wintersburg Church, March 8, 1910) © Historic Wintersburg. All Rights Reserved.

Local advocates and historians have for years sought to preserve the historic property — now owned by Republic Services, a waste management company — that many refer to as a sacred place. In the past there have been attempts to develop the site as a self-storage facility.

And in recent weeks, the public has reignited their efforts to protect this piece of land after a Feb. 25 fire destroyed two of the six buildings on the property, including a 112-year-old parsonage and the 1910 Wintersburg Japanese Mission, which was demolished a few hours after the fire, according to local historian Mary Adams Urashima. The Wintersburg Japanese Presbyterian Church, built in 1934, remains intact.

Police said they “have no reason to believe” the fire was intentionally set.

On March 19 Asian American organizations held a rally outside Historic Wintersburg to demand an independent investigation into the fire, chanting, “Don’t trash our history, we deserve the truth!” Some held signs declaring, “Save the church Save our history!”

“It set everyone into panic mode, because there actually was a loss,” said Jamie Hiber, executive director of the Heritage Museum of Orange County, of the fire. “It allowed a platform for this to once again come to the forefront.” The demolished remains of the 1910 Wintersburg Japanese Mission and 1910 Manse two days after the fire, on Feb. 27, 2022, in Huntington Beach, California. (Photo © Mary Adams Urashima All Rights Reserved.)

Urashima, who has written extensively about the history of Wintersburg, said she long feared the property would catch fire and said the buildings’ loss was “demolition by neglect.” Weeds and brush posed a fire risk, and vandalism had degraded the condition of the buildings. Urashima and others hope Heritage Museum of Orange County could eventually acquire the land for a park and museum the public can enjoy.

Neither Republic Services nor the city of Huntington Beach returned a request for comment, but interim City Manager Sean Joyce told the Los Angeles Times recently that he had “held exploratory discussions with Republic concerning the status of the property, including a possible purchase by the city.”

To Urashima, this place is “consecrated ground and a spiritual place for so many.”

“I think that makes the ground sacred,” she added.

The Wintersburg community was incarcerated during World War II, and Furuta was taken to the Tuna Canyon Detention Center in Los Angeles. Families returned after the war. The church, which had been shuttered, reopened and continued to grow until it moved to nearby Santa Ana, where it remains a predominantly Japanese American congregation.

To Nancy Kyoko Oda, president of the Tuna Canyon Detention Station Coalition, “it would be a tragedy to lose something like this.”

Her coalition works to raise awareness about the history of the station, which held Japanese Americans the U.S. government considered “enemy aliens” during the war. The station site has been turned into a golf course. 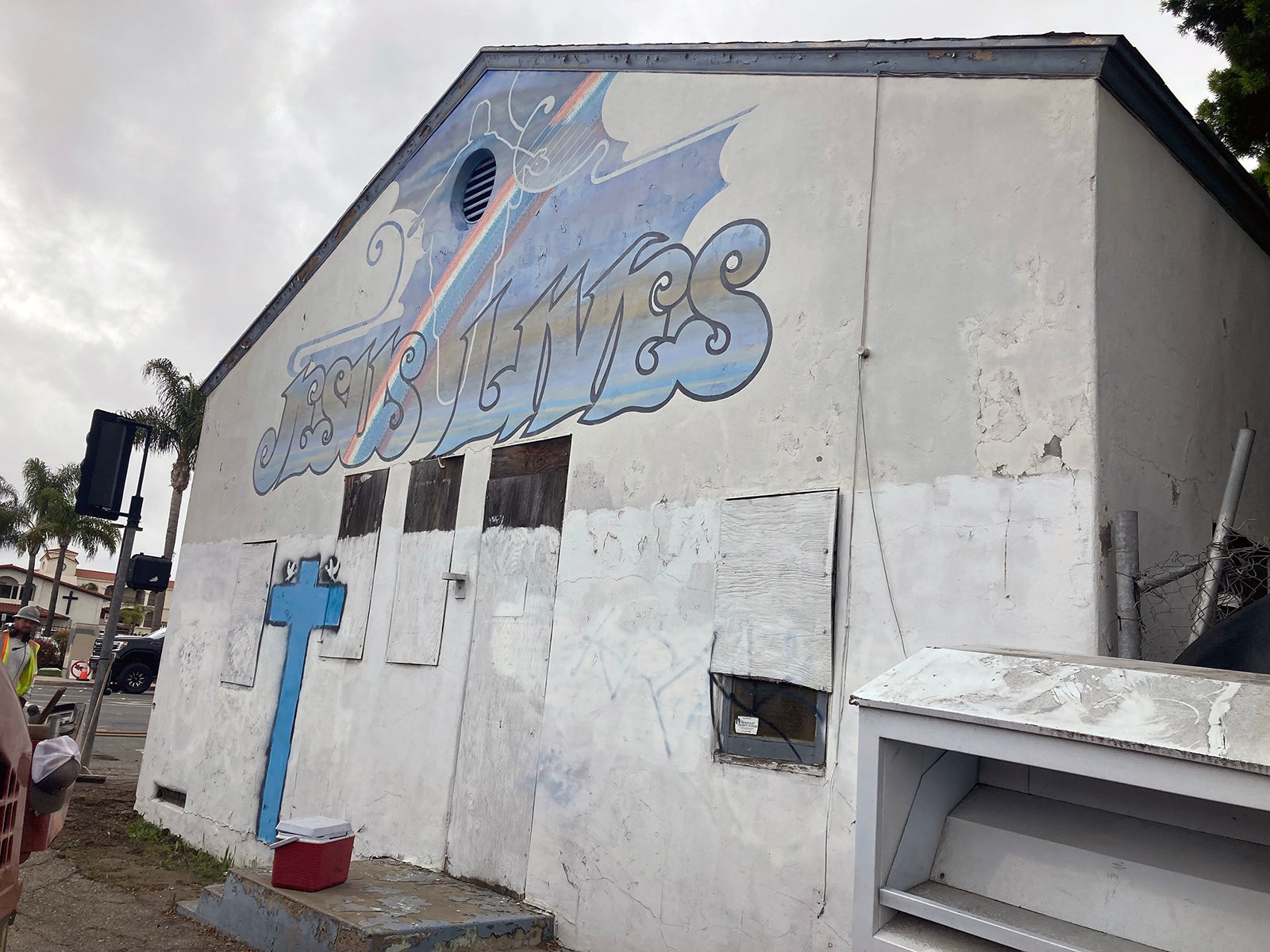 The Historic Wintersburg property is considered one of “America’s Most Endangered Historic Places” and in 2015 was designated a “National Treasure” by the National Trust for Historic Preservation.

Hiber said the Heritage Museum of Orange County has a vision for the space as a museum and a destination for local students for lectures.

“Even after the fire, it’s a spiritual place. It’s already a destination of pilgrimage for not just Japanese Americans, but the Japanese people in general,” Hiber said.

“The family came back after (internment) to occupy that space and created it into something new and applicable to their experience after the war and coming back from the internment camp,” she said. “Just walking the perimeter … you feel it; you feel the history.”